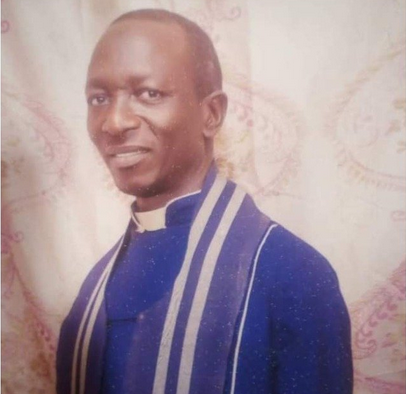 The body of a church leader was recovered and at least 11 other people were killed on 12 September following separate attacks by assailants of Fulani origin in the Zangon Kataf Local Government Area (LGA) of Nigeria’s Kaduna state.

According to Christian Solidarity Worldwide (CSW), Reverend Silas Yakubu Ali, senior pastor of the Evangelical Church Winning All (ECWA) Kibori-Asha Awuce in Zonzon District Church Council (DCC), was last seen alive as he set off for Kafanchan on 11 September.  Concerned members of his church and the community launched a search for the reverend after he failed to attend Sunday service.  Reverend Silas had been ambushed after his motorcycle ran out of fuel as he returned from Kafanchan, and his body was found in an area near Asha-Awuce, around half a kilometre from his home. He had suffered bullet and machete wounds.

A few days prior to Reverend Ali’s death, two Atyap youth were attacked and killed while working on farmland in the Kurmin Masara area of Zangon Kataf LGA.

Kaduna state governor Nasir el Rufai offered condolences to Reverend Ali’s family and church in a message signed by the Kaduna state Ministry of Internal Security and the Home Affairs commissioner. He also appealed for calm and “urged security agencies to intensify efforts towards apprehending the perpetrators of the heinous killing.”

Fulani assailants also carried out an attack on Apyizhime Jim village, also in Zangon Kataf LGA, on 12 September between 6.30 and 7.00pm, killing at least 11 people, including two pregnant women. A local source informed the Nigerian media house The Daily Post that the militia men, who attacked while it was raining heavily, divided themselves into groups and targeted houses, killing all of  their victims within the space of ten minutes:  “Many people are missing as a result of the attack. It is impossible to ascertain the number of those injured and those killed, but so far, l have counted 11 dead bodies in different locations.”  Ten of the victims were members of a daughter church overseen by Rev Ali, and one belonged to the Catholic Church.

Kaduna state is currently an epicentre of kidnapping and banditry activity. The predominantly Christian ethnic minority people groups who inhabit the southern part of the state have endured relentless attacks since 2011, with a significant uptick following the advent of the current administration in 2015. The Atyap Chiefdom in the Zangon Kataf LGA of southern Kaduna has seen a surge in attacks since July, despite having a joint military and police camp stationed 3km from its main town.

Commenting on the events in a Tweet, former chair of the Nigeria Human Rights Commission Professor Chidi Odinkalu highlighted that: “Kaduna is the most garrisoned state in Nigeria bar none. The [number] of military & security installations in the state is fulsome. Yet, under their watch, entire communities are being liquidated, displaced, destroyed. & [people] say there is no state complicity?”

An alarming recent analysis by Dr Murtala A. Rufa’I, a lecturer at the Usman Danfodiyo University in Sokoto, revealed that 120 armed gangs, some of them 2000 strong, currently operate in Zamfara, Sokoto, Katsina, Kaduna, Kebbi and Niger states, and are in possession of over 500 AK-47 rifles.  Over 20,000 bandits are operating in Zamfara state alone, where a military offensive was launched on 3 September. The professor also disclosed that since 2011, over 12,000 people had died, 120 villages had been destroyed, over 50, 000 villagers displaced and 250,000 heads of livestock stolen in a campaign in Zamfara state alone.

A worrying recent report indicates a military forward operating base in Mutumji, Dansadau, located some 80 kilometres south of the Zamfara state capital, may have been captured on 11 September by insurgents, who killed nine air force officers, two police officers and one Nigerian Army soldier, and seized weapons.

Since 2020, terrorist factions operating in the northeast have progressively secured alliances with armed groups operating in the northwest and north central Nigeria.  On 8 September the Nigeria Security and Civilian Defence Corps issued a letter warning of plans by a senior Boko Haram fighter referred to as Ibrahim to relocate with his men to the Rijana Forest in Chikun LGA, southern Kaduna, to join another terrorist identified as Adamu Yusufu (aka Saddigi) and his fighters, who were already there.

CSW’s Founder President Mervyn Thomas said: “CSW extends our deepest condolences to the family, church and community of Reverend Ali, and to those who lost loved ones in the attack on Apyizhime Jim village. Our prayers are also with Rev. Fr. Benson Yakusak, whose abduction highlights once again the existence of a religious component to the violence underway in southern Kaduna.

“While we welcome Kaduna state governor Nasir el Rufai’s call for action to address this appalling violence, we maintain that he and other Nigerian officials have done woefully little thus far, and that this has allowed impunity to thrive and enabled this violence to metastasize. Nigeria is currently failing due to the seeming unwillingness of federal and state authorities to respond swiftly and decisively to the existential threat posed by militia violence, while peaceful political dissent or expressions of concern about democratic backsliding and insecurity meet with an unnecessary show of force.

“We urge the authorities to significantly increase their efforts to protect vulnerable communities, and to mount a sustained campaign against armed non-state actors across the country until Nigeria is secure. We also urge the international community to assist in this, by applying pressure on the Nigerian authorities to take effective action, holding them to account if they fail to do so, and providing support in every way necessary.”