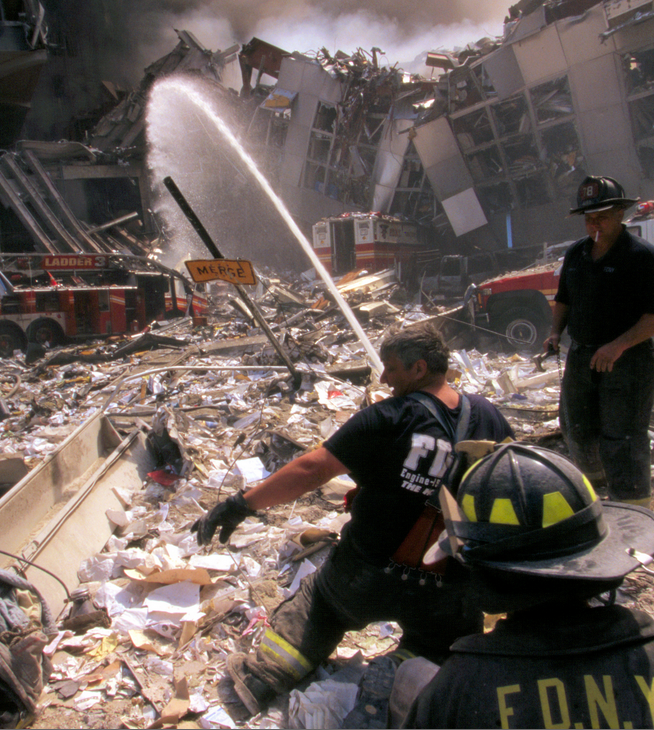 The question of “Islamic fundamentalism” became of general interest only after the tragic events of September 11, 2001. Before that tragic date, it was a subject for specialized scholars. After 9/11, it is discussed both in Parliaments and in coffee shops, every time the world witnesses a “Muslim” terrorist attack.

What did we learn from this discussion? I believe we learned four theses, which are important for understanding the issues and also for defending religious liberty.

First, not all Muslims are fundamentalists. This thesis seems obvious. Everyone repeats it, from President Biden to my barber. But what does it mean, exactly? To understand it, two preliminary questions should be asked.

The first concerns the definition of Islamic fundamentalism. As we all know, the category of “fundamentalism” originated with reference to the Christian Protestant world, and only by analogy was later extended to other religions. And here lies the problem. If we use two definitions popular for Christian fundamentalism, i.e.,  “fundamentalism believes that a Sacred Scripture is infallible and does not need interpretation,” and “fundamentalism denies that a clear separation between the political and religious spheres is desirable or even possible,” we discover that they are of little use for Islam. They apply to Muslims in general rather than to a specific subgroup. If we adopt these definitions, we must conclude that most Muslims are fundamentalists, with the exception of a few modernists.

However, we can approach a more precise definition of Islamic fundamentalism, if we refer to a specific historical movement within Islam that progressively articulated three goals. First, the application of Islamic law (sharia) in every Islamic community; second, the unification of countries with an Islamic majority in a single political-religious reality led once again by a caliph; third, the resumption by the restored caliphate of the ancient dream of an Islamization of the entire world. With varying emphases, these three goals, or perhaps dreams, defined the historical fundamentalist movement within Islam.

Some scholars would add a fourth feature: fundamentalism is a populist movement, which distrusts the established authorities in Islamic countries, guilty of not applying the sharia in its entirety, theorizes the possibility of overthrowing them by force, and has no sympathy for the ulama and other “professionals of the sacred,” whom it considers subservient to the established authorities.

Among the accusations made against the ulama there is that of having “seized,” hiding it from the masses, that part of the Islamic tradition that refers to the last times and to the messiah of the latter days, the Mahdi, destined to defeat the Antichrist (the Dajjal). Fundamentalism intends to return this tradition to the masses, also because only in apocalyptic terms is it possible to respond to the objection that the restoration of the caliphate and the Islamization of the world are humanly unattainable goals. What is impossible for humans, they would reply, is certainly not impossible for God (or the Mahdi).

The second question concerns the identification of those who, in the Islamic world, are not fundamentalists. In the West we like to talk about “moderate Muslims.” Indeed, after 9/11, it became difficult to find a Western Islamic organization that would not call itself “moderate.” But this is, in fact, an orientalist category largely constructed by Westerners, and with rather uncertain boundaries.

In short, four currents are different from fundamentalism and sometimes its adversaries. First, the nationalists, who advocate Islamic nation-states, distant from the dream of the caliphate. Second, the conservatives and the traditionalists, who agree with the fundamentalists on the sharia, but unlike them have a great respect for the established authorities, based on the principle that many evils are tolerable to avoid the greatest evil that is fitna, orcivil war among Muslims. Third, the modernists, who propose the adoption of Western models and who only in some countries have any real following. Fourth, some of the political expressions of the complex world of Sufism. I use “some,” because there is no lack of Sufis who are fundamentalists, such as the late Moroccan religious leader Abd as-Salam Yassin, nor of fundamentalists who are Sufis, including the founder himself of the largest transnational Islamic fundamentalist organization, the Muslim Brotherhood, the Egyptian Hassan al-Banna.

Second thesis: not all fundamentalists are terrorists. This is obviously an important point for religious liberty. When we hear that a certain imam is a fundamentalist, we immediately ask where he keeps the bombs. Perhaps he doesn’t have any. Scholars of Marxism know the distinction between Lenin’s strategy of the coup d’état and Gramsci’s strategy of hegemony. The analogy is not chosen by chance, if we consider the interest with which several theorists of Islamic fundamentalism have read Marxist texts. Among Islamic fundamentalists, some (like Lenin) think it is important to seize the government immediately, in order to proceed to an Islamization of society “from above.” Italian sociologist Renzo Guolo calls these fundamentalists “radicals.” Others (like Gramsci) consider it useless to occupy the government if society has not been first Islamized “from below,” by conquering schools, universities, newspapers, courts, and so on. These are the fundamentalists that Guolo calls “neo-traditionalists.” He classifies most of the national branches of contemporary Muslim Brotherhood as “neo-traditionalist” rather than “radical.”

“Radicals” and “neo-traditionalists” have no differences on the goal, but on the means to reach it. To go to Rome one can choose different paths. It is another example I do not choose at random, given the importance of the Muslim conquest of Rome, a symbol of Christianity, in the apocalyptic novels about the end times that find many readers among fundamentalists. Just as different roads lead to Rome, the same ends of fundamentalism—sharia, caliphate and ultimately Islamization of the entire world—can be achieved through different strategies, “from above” or “from below.”

The strategy “from the above” of the coup d’état more easily contemplates violence and terrorism. It is therefore in the world of “radical” fundamentalism that we will often find support and understanding for terrorism, though not, necessarily, for all terrorist organizations that claim to operate in the name of Islam.

Third thesis: fundamentalists are Muslims. For politically comprehensible and even admirable reasons, after 9/11 we heard often repeated that fundamentalists are not Muslims, or rather they are “fringe” Muslims, or “cults” at the margins of Islam. This theory is untenable. Exponents of fundamentalism such as Sayyid Abul Al’A Maududi, who founded in 1941 in the Indian subcontinent the Jama’at-i Islami, the largest fundamentalist organization in the world together with the Muslim Brotherhood, are among the most quoted theologians of Islam. And when in 1962 Saudi Arabia founded the World Muslim League in Mecca, it wanted Maududi to be among its first leaders. In short, fundamentalism is recognized, or at least was before 9/11, as one of the legitimate trends, although certainly not the only one, within the contemporary Islamic mosaic.

Historian Bernard Lewis famously connected 9/11 to a debate that arose beneath the walls of Vienna in 1683, when an army that Muslims believed could not and should not be defeated (for reasons both military and theological) was instead, unpredictably, repulsed. Lewis evokes the discussions among the combatants who retreated after that, for them, inconceivable defeat: “What went wrong?” Had Islam lost because it had fallen behind the West, or on the contrary because it had in its own way come too close to the West, forgetting the purity of the faith of the fathers? The two answers represent the ideal-types of what would be called modernism and fundamentalism in the twentieth century. Modernists suggested reforms to bring Islam closer to the West. Fundamentalists, or their ancestors, advocated a return to the mythologized early times of the heroes of primitive Islam.

The discussion continued after each Muslim defeat, from Napoleon’s Egyptian campaign of 1798–99 to the colonial conquest by European powers of much of the Islamic world to the Arab-Israeli Six-Day War of 1967. The fundamentalist response, Lewis noted after 9/11, flourished after its modernist counterpart, in a sense had been tried and failed, giving rise to “modernizing” regimes that were inefficient and corrupt.

Even a cursory reading of Osama bin Laden’s writings and of the manifestos of al-Qa’ida confirms that the popular theory that religion here served as a simple cover for political interests or forms of economic protest is wrong. Leaving aside the question whether it is really possible to distinguish between religion and politics in Islamic fundamentalism, the motivations for bin Laden’s jihad were primarily religious. National causes such as the Palestinian one were “discovered” by bin Laden well after he had started his terrorist activity.

The economic protest was certainly accessory and instrumental: and we must not forget that the hijackers of September 11 were not desperate people coming from refugee camps but people from relatively wealthy families. If anything worried these terrorists, as we know from the writings they left, it was the risk that their gesture will be classified as suicide and not as martyrdom, so they anxiously looked for (and found) fatwas of Islamic religious authorities willing to reassure them.

Not only was the terrorist gesture in this context experienced as a religious gesture, but radical fundamentalism had serious difficulties in disowning the 9/11 terrorists as its children. Beyond the façade of declarations for media consumption, for most radical fundamentalists bin Laden’s men were at best “Muslim brothers who make mistakes”—to borrow the judgement on the terrorist Red Brigades by Italian hardline Communists, who called them “comrades who make mistakes.” Even after 9/11, terrorists often found hospitality, shelter, and the possibility to recruit new followers in the most radical of the fundamentalist mosques. To the sharks of terrorism, the network of radical fundamentalism offered the water they needed to swim.

This should not be perceived by Muslims as an offense. In the same vein, we could and perhaps should reiterate that not all Catholic priests are pedophile, but those convicted as pedophiles were Catholic priests.

These are a few simple observations, which in themselves do not solve the problems of how to effectively counter terrorism and how to confront fundamentalism both in countries with an  historical Islamic majority and in countries with a strong Islamic immigration. The debate on the French law on “separatism” confirmed that these problems, twenty years after 9/11, are far from being solved. But this is not a reason to avoid asking, at least, the right questions.