A Pastoral Approach to the Question of Transgender Pronouns
Dr. Michael Brown 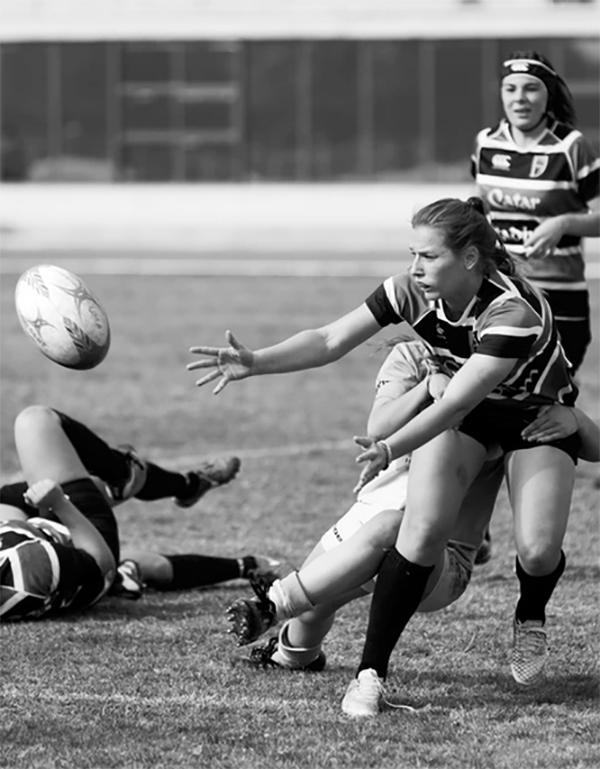 As followers of Jesus, we seek to pattern ourselves after His example. And in all things, He exemplified grace and truth. Not grace or truth, but grace and truth. How, exactly, do we work this out in practice? And how, precisely, does this apply to the issue of transgender pronouns?

A recent teaching by Southern Baptist leader J. D. Grear underscored some of the challenges facing Christians today when confronted with the question of speaking to trans-identified individuals.

RELATED: A Christian response to the gender dysphoria

On the one hand, Pastor Grear clearly emphasizes the aspect of truth. He references solid conservative Christian books addressing transgender issues written by Ryan T. Anderson and Andrew Walker. And he states plainly that genetics determines your gender and that, “All told, when it comes to genetic sex, at the DNA level, there really is just male and female.”

Then, after addressing the question of “ambiguous Genitalia and the ‘Intersexual’,” Pastor Grear gets to the pronoun question, emphasizing grace. He quotes the comments of Walker from his book God and the Transgender Debate, then, notes that “there is a spectrum of generosity of spirit vs. telling truth.” (See here for Walker’s article from 2017.)

In other words, if I address a biological male as “she” I am not telling the truth. But, Pastor Grear believes, I am being generous in spirit towards this individual. This position is echoed by Prof. Preston Sprinkle, also cited by Grear, who advocates “pronoun hospitality.”

Grear’s teaching drew a strong response from cultural commentator Bill Muehlenberg, who wrote, “We now live in a world where we are routinely expected to deny reality, deny science, deny biology, and deny truth. We are encouraged to live in denial, to believe lies, and to reject reason and rationality. Welcome to the brave new world of trans militancy.”

How, then, would Muehlenberg counsel the Christian to speak towards a trans-identified individual?

“In sum,” he stated, “we must love the trans person like we love anyone else. And real love always means speaking the truth, and not allowing the beloved to live a lie, which is always damaging and harmful. Do not swallow the lies of this corrupt culture, but stand firm on the truth of reality, biology and God’s word.”

He wrote, “I am stunned that any leader of the Southern Baptist Convention, much less the President, would be contending that faithful Christians should practice so-called ‘pronoun hospitality’ in addressing ‘transgender’ persons by their delusional pretend sex. The idea that Jesus or Paul would have referred to a man as a woman or a woman as a man in anything other than satire and derision for abhorrent behavior is absurd revisionism in the extreme.”

Gagnon continued, “It is not an act of ‘hospitality’ or ‘respect’ to the offender but rather (1) a scandal to the weak and young in the church and a rightful violation of conscience for many that will lead many to stumble to their ruin; (2) an accommodation to sin that God finds utterly abhorrent; and (3) a complicity in the offender’s self-dishonoring, self-degrading, and self-demeaning behavior that does him no favor because it can get him (or her) excluded from the kingdom of God. Am I being obtuse here?”

How, then, do we sort this out? What does grace require? What does truth demand?

For the last 15 years, when dealing with LGBT issues and people, I have operated by the principle of “reach out and resist.” This means, “Reach out to the LGBT community with compassion. Resist the LGBT agenda with courage.”

Ben Shapiro has commented that a person can change his or her name but not his or her gender. In theory, that would mean that if Joe wanted to be called Jane, I should refer to him as Jane. But I should still refuse to refer to Jane as “he.”

Others might not be comfortable with this, feeling that the approach was inconsistent. And as far as Joe (or Jane) was concerned, refusing to acknowledge him as “her” would be just as damaging as calling him Joe.

What, then, should we do?

Obviously, we must work this out for ourselves, also recognizing that circumstances can vary.

My approach would be this.

First, when it comes to meeting someone who identifies as the opposite of their biology, I will use whatever name they give me, since that’s the only way I can speak to them. But after that, I will avoid using that name, if possible, and I will not use special pronouns for them. (After all, as Walker notes, how often do pronouns even come up when speaking directly to someone?)

I would use this policy in church settings as well. Meet the person where they are when they give you their name, but beyond that, refuse to support their misconceptions.

And if a man who calls himself “Mary” needed to use the restroom, I would direct an usher to bring him to a private bathroom in the building. Let him be comfortable without making the other ladies uncomfortable.

Second, when it comes to an employer forcing an employee to speak what they know to be false, I would encourage them to decline politely, seeking Christian legal help if needed.

If you were a trans co-worker, I would be your greatest and kindest friend. But I would not compromise truth in the process.

Third, when it comes to the home, the birth certificate is not lying. (Again, I’m not talking about an intersex individual here.) That’s your son or daughter, not your son who became your daughter (or vice versa). Be compassionate and longsuffering, recognizing that your child might be in great inner turmoil. But help them find wholeness from the inside out, as many others have done.

Fourth, when it comes to sharing locker rooms or participating in sports, biology, not identity, rules. That’s also a way of showing grace to all the others involved. You don’t impose the struggles and confusion of one person on the well-being of everyone else.

And for those who would argue that my approach is lacking in grace, remember this: Jesus didn’t deny our sins, He died for them.

In the same way, we do not deny reality and truth, recognizing that we are in the midst of a massive, tidal culture war. But we lay our lives down to help those who are struggling, whoever they might be.

To me, that’s how we act in integrity, balancing grace and truth.