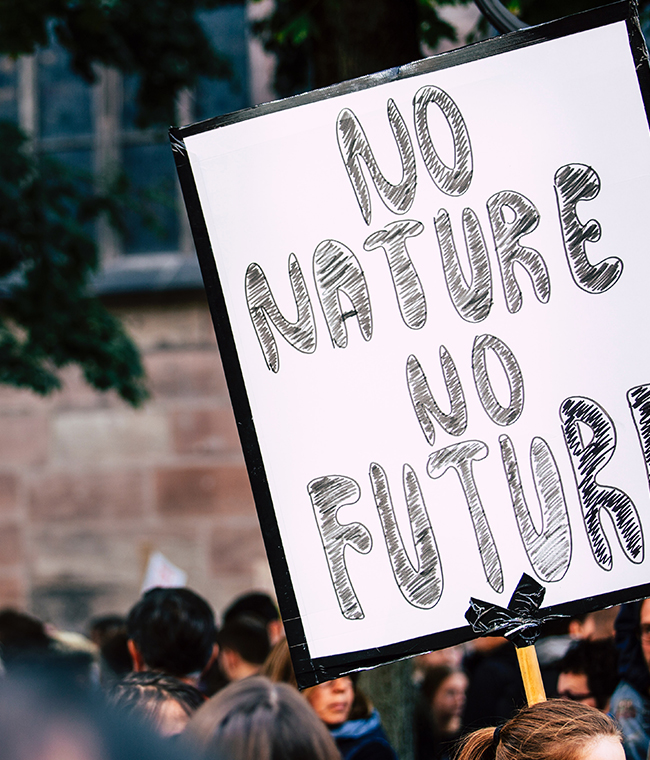 I am amazed how many people are skeptical about climate change. We really need to trust the scientists because they deal in facts and they NEVER make mistakes.

For example, on April 16, 1970, at the Boston Institute of Environmental Sciences, climate scientists issued a press release stating that the world is heading towards a new ice age. This declaration was repeated in press releases on July 9, 1971 and December 3, 1972 (the latter by the Department of Geological Sciences, Brown University). Further declarations of the coming ice age were published on January 29, 1974 and June 24, 1974 (see link at the bottom of this article).

Climatologist, Stephen Schneider, continued the warnings about a coming ice age, in his 1976 book, “The Cooling”. As late as 1990, some climatologists were still warning of severe global cooling. A press statement released by prominent climatologists in that year, published by Associated Press on September 6, was entitled, “International Team of Specialists Finds No End in Sight to 30-year Cooling Trend.” (The fact that NASA had, by the 1990s, started to accumulate data indicating a general warming trend did not perturb these die-hard ice age believing scientists).

As soon as I heard these announcements in the 1970s, I rushed out and bought a thick parker, snow boots and thermal underwear. I’ve been wearing them every day since. Sadly, I encounter thousands of climate change sceptics every day who refuse to believe in the coming ice age. Many of them are walking around in shorts and T-shirts. It’s a wonder they don’t catch pneumonia! We really should trust the scientists, because they deal in facts and they never make mistakes.

At the same 1970 conference at which the coming ice age was first announced, climate scientists also declared that if the current rate of increase in electric power generation continued, the demands for water cooling of power generators in America would result in severe water restrictions for the whole of America by 1974, and would “boil dry” their entire river system shortly afterwards. This prediction must have come true, because every American I’ve ever met drinks only beer. Obviously, there is no water left in America. The entire nation is apparently dying of thirst. The nations of the world should start shipping water to America as a humanitarian gesture. Those scientists sure are good at predicting stuff, aren’t they?

The same conference in 1970 also warned that by early next century (that’s now) “the consumption of oxygen in combustion processes worldwide will surpass all natural processes which return oxygen to the atmosphere.” It was predicted that people living in the early 21st century will be dealing with oxygen depletion. Consequently, I don’t go outside without my portable oxygen bottle anymore, but I am staggered by the number of people still refusing to use one. These climate change deniers must surely find it difficult to breathe, which is probably why most of them seem to have trouble walking up stairs and tend to use escalators and lifts instead. We really should trust the scientists, because they deal in facts and they never make mistakes.

In 1988, Hussein Shihab, Director of Environmental Affairs for the Maldives, acting on the advice of environmental scientists, announced that sea level rises would cause the Maldive Islands to be completely covered within 30 years. In December that same year (1988), Dr James Hansen, a NASA scientist and environmentalist, predicted that ocean levels would rise by between one and six feet over the next few decades. On June 30, 1989, a statement was issued by the United Nations Environmental Program, New York Office, once again based upon the advice of environmental scientists, predicting that rising sea levels would wipe whole nations off the map if global warming wasn’t reversed by 2000.

They issued a report indicating that hundreds of millions of people would be displaced in the early 2000s, with some whole nations completely disappearing. Another announcement in 1989, by environmental scientist James Hansen, stated that large parts of New York City would be underwater by 2019. “The West Side Highway will be underwater”, he confidently declared.

Surprisingly, there is still considerable traffic flowing along the West Side Highway today. Those American are incredibly ingenious, aren’t they? They have apparently invented some kind of aquatic car that can travel underwater. And what about all the people still living in the Maldives? Someone should tell them that they are actually underwater. They are clearly climate deniers, refusing to move from their homes despite needing snorkels to move from their bedroom to their bathroom. We really should trust the scientists, because they deal in facts and they never make mistakes.

In September 1989, environmental scientists predicted that supplies of fresh drinking water in the Maldives would completely dry up by 1992, making life there impossible and necessitating the relocation of its 200,000 inhabitants. So, not only are the current inhabitants of the Maldives now floating in the ocean, they have absolutely nothing to drink (apart from beer). The fact that people are still living there shows the incredible resilience of the human spirit. We really should trust the scientists, because they deal in facts and they never make mistakes.

Since 2000, environmentalists have issued numerous statements predicting the complete disappearance of both Arctic and Antarctic ice. In 2008, James Hansen predicted that by 2018, the Arctic will have no ice during the summer. Also in 2008, Al Gore, acting on the advice from the world’s leading environmental scientists, predicted in his film, “An Inconvenient Truth”, that “the entire North polar cap will disappear in 5 years.” Around the same time that Al Gore’s film was being shown around the world, other climate scientists were predicting the complete absence of Antarctic ice during the summer months within 10 years.

Oddly, a friend of mine travelled to the Antarctic during the summer of 2019 (eleven years later) and has photos of hard pack ice extending as far as the eye can see, for thousands of square kilometres. It must have been fake ice, manufactured by climate change deniers. Sadly, my friend was duped by these climate change deniers, because he came back convinced that it was real ice. We really should trust the scientists, because they deal in facts and they never make mistakes.

In March 2000, Dr David Viner, a senior research scientists at the Climatic Research Unit at the University of East Anglia, announced that snow would start disappearing from their lives in the UK. He stated that within “a few years” winter snowfall in the UK would become “a very rare and exciting event”. The extremely cold winters over the last few years in the northern hemisphere, including blizzards and record snowfalls, are clearly a clever hoax perpetrated by climate change deniers. How they managed to do this is unclear but very impressive. We really should trust the scientists, because they deal in facts and they never make mistakes.

Four years later, in February 2004, climate scientists released a press statement announcing that Britain would be plunged into a permanent “Siberian climate” by 2020, meaning that it would be ice-locked and snow-bound all year long (published in The Guardian, US edition, 21 Feb, 2004). This is apparently going to happen this year, although I am unsure how this relates to the complete loss of snow that was announced only four years earlier. We really should trust the scientists, because they deal in facts and they never make mistakes.

Over the last few years we have certainly had warmer than average temperatures as well as some very severe droughts. These are facts. The interpretation of those facts, however, is another matter. Environmental scientists claim that these conditions are unprecedented and that they are the result of runaway anthropogenic global warming. Here are some photos from the great drought of 1915, when the Murray River, in Australia, completely dried up. People were picnicking in the dry riverbed.

Clearly, these must be fake photos, because our current drought is unprecedented.

We really should trust the scientists, because they deal in facts and they NEVER make mistakes.

And they certainly don’t exaggerate, do they?

If you want to check out some jpg files of the original press releases for the various failed predictions mentioned in this article, just do a google search for “wrong-again-50-years-failed-eco-pocalyptic-predictions”. I’ve only highlighted a few of the failed predictions: there are many more!

And before you respond with abuse, thinking that I am a complete climate change denier and an environmental philistine, let me point out that all I have done in this article is highlight the history of exaggerations, imaginative theorising and outright errors that have characterised predictions made by climatologists and environmental scientists over the last few decades. Their sensationalist announcements have been extremely effective in energising widespread community and government support for their cause, while, at the same time, they have been spectacularly unsuccessful (and at times, downright misleading) in quantifying and predicting the actual truth of our situation.

There are, indeed, some serious environmental concerns that we need to urgently address, such as the escalating pollution of our planet with plastics and toxic waste. If we are to accurately address the challenges facing our planet, we need reliable, carefully researched, evidence-based, peer-reviewed science on the subject. What we don’t need is sensationalist claims resulting from speculative theories, flawed forecasting models and shoddy science, foisted upon the unsuspecting public by over-zealous environmentalists who are looking for more funding.

Kevin Simington (B.Th. Dip. Min.) is a theologian, apologist and social commentator. He spent 31 years in Christian ministry as a church pastor and a Christian educator. He is the author of Finding God When He Seems to be Hiding; No More Monkey Business: Evolution in Crisis; and Making Sense of the Bible. He has also written a best-selling series of science fiction books.