A Sobering, Yet Motivating, Reality on the 20th Anniversary of 9-11
Dr. Michael Brown 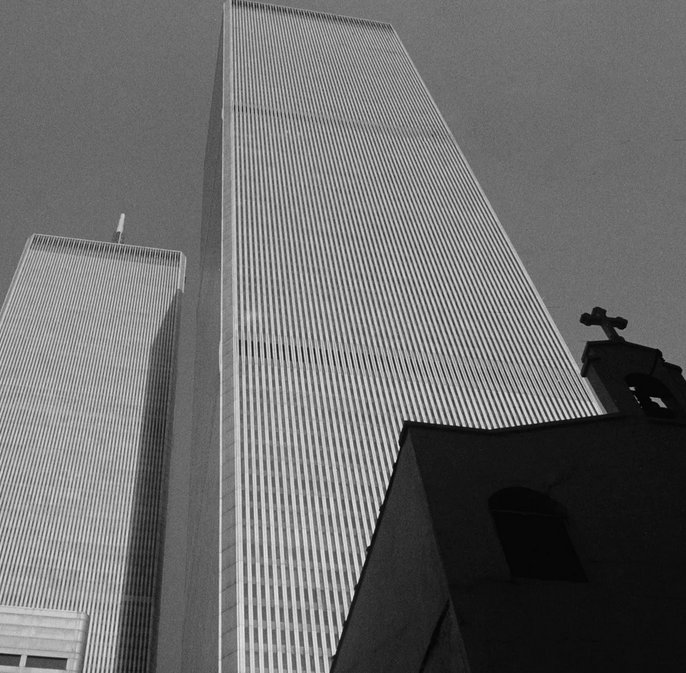 The World Trade Center and St. Nicholas Greek Orthodox Church, which began services in 1922. All three buildings were among those destroyed in the 9/11 terrorist attacks on New York City. Image: Unsplash

Any anniversary of the tragic events of September 11, 2001 is painful, especially to those whose lives were directly affected. That includes my wife Nancy, whose brother Douglas died in the World Trade Center, leaving behind his precious wife and two children. Yet this anniversary is especially painful, not simply because it marks 20 years since that fateful day in 2001 but because of our disastrous withdrawal from Afghanistan, with the Taliban now fully back in power.

In September 2018, after doing a TV shoot in Missouri, I was driven to the airport by a young man who had served in Afghanistan as a helicopter gunner.

I said to him, “You must have lost a number of friends and colleagues.”

He replied, unforgettably, “We are expendable assets.”

Those words stayed with me, and after our hapless withdrawal, I wondered to myself how this man felt.

It turns out that this very week I was back in Missouri for another TV shoot at the same studio, and he was the one to drive me back to the airport. So, before our ride, I asked for his thoughts.

His reply was strong and clear. Our troops were there first and foremost to protect American lives – meaning the lives of our citizens – and any military leader who put our troops before our citizens had no right to be in the military.

Then he said this, “It is our job to protect those lives. If we die in the process, so be it. We would rather not die, but if we do, we do. That’s our job.”

Yet today, it feels as if that very spirit of sacrificial service, along with all the lives lost in our fight against terrorism, has now been kicked to the side of the road, as America is laughed at by the world, especially the world of radical Islam.

We went into Afghanistan 20 years ago to punish the Taliban, and now, thousands of lives and trillions of dollars later, the Taliban run the country.

This is as stinging as it is humiliating. And yet it reminds us of a sobering reality: until Jesus returns, there will always be evil on the planet.

If not Stalin then Hitler. Or Mao. Or Pol Pot.

If not World Wars then regional conflicts. Or gang wars. Or violent family disputes.

To paraphrase the words of Jesus, “You don’t need to worry about tomorrow. There’s enough evil to deal with today” (see Matthew 6:34).

Yet as depressing as that may sound, there’s a silver lining to this sobering reality as well: Not only is the darkness always present, but the light is as well. Not only is Satan at work, but God is at work too. Not only are people being destroyed, but people are being saved.

In fact, this is the biblical perspective: “the darkness is passing and the true light is already shining” (1 John 2:9). And this, first to Israel, then to all of God’s people: “Arise, shine, for your light has come, and the glory of the LORD rises upon you. See, darkness covers the earth and thick darkness is over the peoples, but the LORD rises upon you and His glory appears over you” (Isaiah 60:1-2).

The light shines brightest against the backdrop of gross darkness.

Like you, I hate the fact that the Taliban now rule Afghanistan, knowing the suffering they will bring on their nation and recognizing what a win this is for Islamic radicalism.

Like you, I hate the fact that we have been humiliated before the world because of foolish presidential decisions, costing us more, innocent American lives and endangering the lives of others.

And like you, I hate the fact that evil still abounds in this world. As Paul wrote, “evildoers and impostors will go from bad to worse, deceiving and being deceived.”

But none of this should paralyze us or cause us to throw in the towel and quit. To the contrary, this should remind us that, until Jesus returns, there will be lost and hurting people whom we can love and touch and help and save and bless. There will be needs that we can meet. There will be crises we can resolve and fires we can put out.

The darkness provides the backdrop for the light, the evil the opportunity for the good.

So, rather than allowing discouragement to overtake us, let us make a fresh determination to use the time we have in this evil, fallen world to do the maximum good that we can.