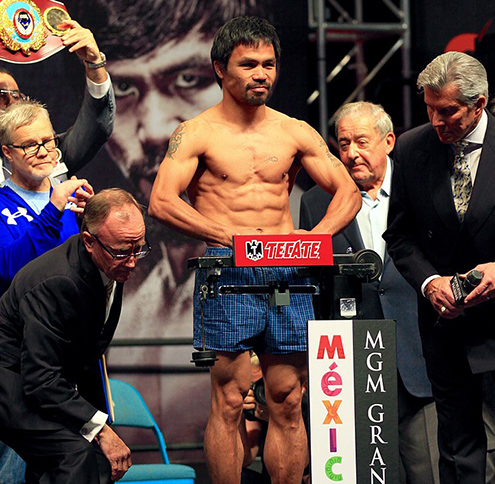 He’s the boxing great and Philippine Senator who just two weeks ago at National Bible Week spoke of his faith in God. The other is the world’s highest profile UFC fighter.

Promoters are doing their best to bring together Manny Pacquiao and Conor McGregor for what could be one of the largest fights in history.

Both fighters have just signed with the same management company, leading many to believe that the fight will be easy to bring together as the one company can liaise directly with the two champions.

According to a release, Paradigm is expected to work with Pacquiao’s existing team, which includes business manager Arnold Vegafria, associate Ping Nepomuceno and attorney Brando Viernesto.

“I am proud to partner with Paradigm Sports Management and am excited for the opportunities that Audie Attar and PSM have to offer,” Pacquiao said in the release. “One thing I want everyone to remember is to always think positively. Never think negatively; that is the beginning of your downfall. Everything is possible.”

McGregor expressed interest in a potential showdown with Pacquiao during UFC 246 fight week, to be held at the new NFL stadium opening in Las Vegas. McGregor boxed Floyd Mayweather in August 2017, reportedly earning in the neighborhood of $100 million for a 10th-round TKO defeat.

“I would be honored to be a part of that event. I would love to be the first combatant to fight in that arena,” McGregor said.

Just two weeks ago, Pacquiao spoke to a crowd in the Philippines of the importance in Jesus. “People around the world are seeking happiness in their lives,” he said. “Seeking enjoyment. They want to get rich because they think they will be happy. But the truth, brothers and sisters, is that true happiness and security is in God’s hands. Amen.

“When you have Jesus in your life, you will understand true happiness.“