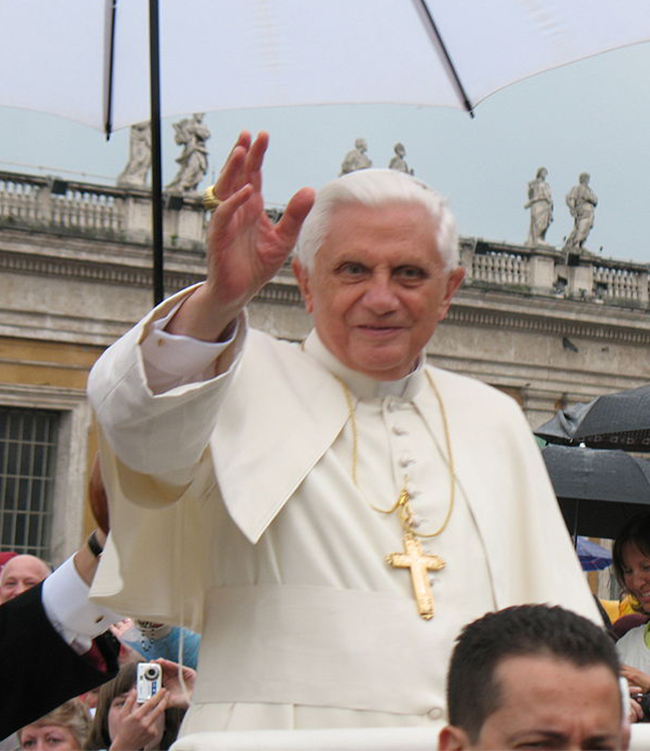 Many Catholics thought that Feb. 28, 2013, would be the last they would hear from Pope Emeritus Benedict XVI. And most assumed that the Pope Emeritus would never author another book. Over the past seven years, as the Church has descended into more and more of a crisis, the former Supreme Pontiff, who vowed to remain silent, has largely done so.

However, reports suggest that as abuse within the Catholic Church has risen, the former Pope has declared he cannot remain silent, releasing a new book on the abuse.

The publishers state that From the Depths of Our Hearts will come as a shock to anyone who knows him, and the content of the book should incline everyone to take notice of what he has to say.

The book, due for release in mid-February, is a serious and unflinching look at the crisis in the Catholic Church and it pinpoints the heart of the turmoil — priestly ministry.

“The priesthood is going through a dark time,” writes Pope Emeritus Benedict, along with his co-author, Cardinal Robert Sarah. “Wounded by the revelation of so many scandals, disconcerted by the constant questioning of their consecrated celibacy, many priests are tempted by the thought of giving up and abandoning everything.”

In this book, Pope Emeritus Benedict XVI and Cardinal Robert Sarah give their brother priests and the whole Church a message of hope. They honestly address the spiritual challenges faced by priests today, including struggles of celibacy. They point to deeper conversion to Jesus Christ as the key to faithful and fruitful priestly ministry and church reform.

Responding to calls for refashioning the priesthood, including proposals from the Amazonian Synod, two wise, trusted and spiritually astute pastors explain the biblical and spiritual role of the priesthood, celibacy and genuine priestly ministry. Drawing on Vatican II, they present priestly celibacy as more than “a mere precept of ecclesiastical law.” They insist that renewal of the Church is bound to a renewed understanding of priestly vocation as sharing in Jesus’ priestly identity as Bridegroom of the Church. And they affirm that optional celibacy for priests is not actually optional for an authentic priesthood.

This book is a crucial message for clergy and laity alike, and will likely become a catalyst for renewal and restoration for a hurting Church.

“Their book is not just about priestly celibacy, important as that is in itself,” says Ignatius Press founder and editor Father Joseph Fessio. “It is about, as Pope Emeritus Benedict XVI describes it in his first paragraph: ‘the lasting crisis that the priesthood has been going through for many years.’ But it is about more than that; it is about the nature of the Church and of Christian discipleship. This is a book that all should read. It is powerful and personal — from the depths of their hearts.”