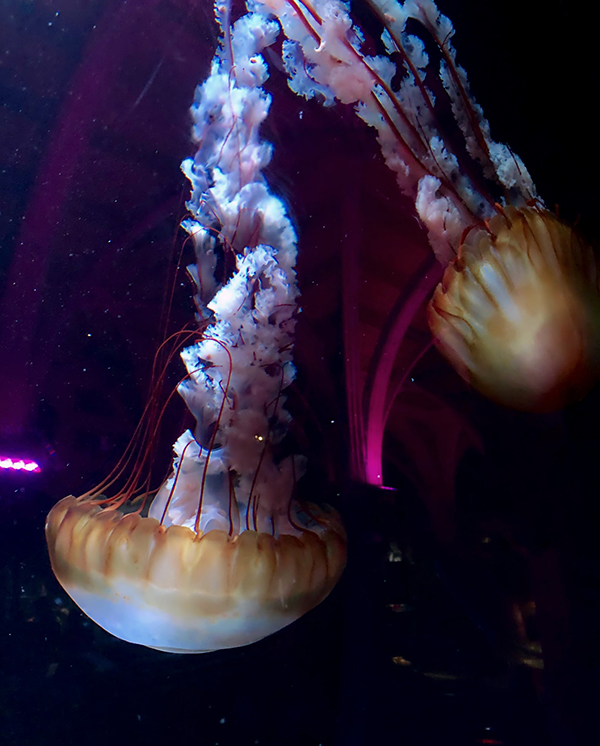 Here’s a frivolous bit of speculation for you: I don’t believe in Aliens. There! I’ve said it! You can string me up as an ET sceptic now. One of the reasons I don’t believe in aliens is because of Fermi’s Paradox. The Fermi Paradox is a strong philosophical / scientific argument which points out the improbability of the existence of aliens. Enrico Fermi was an astrophysicist in the mid-20th century who posed a simple question to his scientific colleagues: “If aliens exist, where are they all?” He was responding to the optimistic estimates of scientists who had calculated that, given the huge size of the universe, the same natural processes that created us should have resulted in the creation of thousands or even millions of other intelligent lifeforms. According to them, the universe should be teeming with intelligent life. And Fermi simply asked, “So where are they all?”.

His question is even more poignant today, with our more detailed understanding of the cosmos. Consider the following:

* There are 200 billion stars in our galaxy, and over the years we have observed that about 90% of stars have at least one planet. That’s at least 180 billion planets in the Milky Way Galaxy alone. (Actually, it’s a lot more than 180 billion, since many of these star systems have several planets – but I am being deliberately conservative in my estimates).

* From current observations, 1in 5 of those star systems has a planet orbiting in the habitable “Goldilocks zone” (close enough to its star for liquid water to exist but not so close that water would evaporate or boil away). So that is 36 billion planets in the habitable zone (180 billion divided by 5).

* Then let’s be equally conservative and say that only 1 in 1,000 of those planets eventually developed intelligent life capable of achieving space travel (IE. At least as intelligent as humans). That amounts to 36,000 planets with intelligent life.

These calculations involve the most pessimistic assumptions. I have heard some optimistic scientists claim that intelligent life could be much more prevalent than this. One astrophysicist who was interviewed recently on ABC Radio, Sydney, stated that she thought there could be as many as 60 billion intelligent species inhabiting our Milky Way Galaxy alone! But sticking to the very conservative estimates that I have used above, our galaxy should contain at least 36,000 planets with intelligent life.

* Furthermore, evolutionists say that our star is relatively young. Approximately 80% of stars in the Milky Way Galaxy are “supposedly” much older than ours – by millions of years. Thus, according to this timescale, there should be at least 21,000 (80% of 36,000) species of intelligent alien life in our Galaxy who are more advanced than us and have had thousands or even millions more years to expand across the cosmos and fill up our Galaxy with their technological signatures. They should be everywhere!

Yet our long-range sensors and sophisticated orbital telescopes continue to reveal that the visible and electronic emissions of our galaxy are completely and utterly devoid of any sign of the presence of intelligent life. Astrophysicist, Enrico Fermi, pointed out this conundrum in 1950, when he said to his colleagues, “So where are they all?” His question remains unanswered to this day by cosmologists who continue to search the cosmos in vain.

At the time when Fermi formed his paradoxical question, cosmologists could take comfort in the fact that they had only just begun to search the stars and they were confident that the ongoing passage of time, together with future advances in technology, would soon result in the discovery of the missing alien species. Now, 70 years later, with telescopes and scanners that can probe to the far reaches of our galaxy and beyond, we can no longer hide behind the naïvely optimistic hope that Fermi’s colleagues clung to in the 1950s. The silence of the universe, in terms of evidence of intelligent life, is deafening.

And if aliens DON’T exist, this actually has profound implications for our view of ourselves. It means that we are unique in all the cosmos. And this, in turn, is strong evidence that our existence is the product of intelligent design rather than blind chance. Because if we arose from merely natural causes, we should expect to see intelligent life popping up all over the universe in places where the same favourable conditions prevail. If it happened once by chance on our planet, it should have occurred thousands or even millions of times elsewhere. But if it didn’t occur elsewhere – if we are indeed unique – then we must consider the overwhelming possibility that we are the product of intentional, intelligent design. If life has not evolved on any other world through natural processes, despite the billions of opportunities it has had to do so, then the most logical conclusion is that something more than natural causes was at work in our creation; something unique and “super” natural. I believe it shows that we are the intentional handiwork of an all-powerful God, who placed us in this amazing universe so that we might know him as our creator and sustainer.