As Christians, Should We Get a Covid-19 Vaccine?
Rob Buckingham 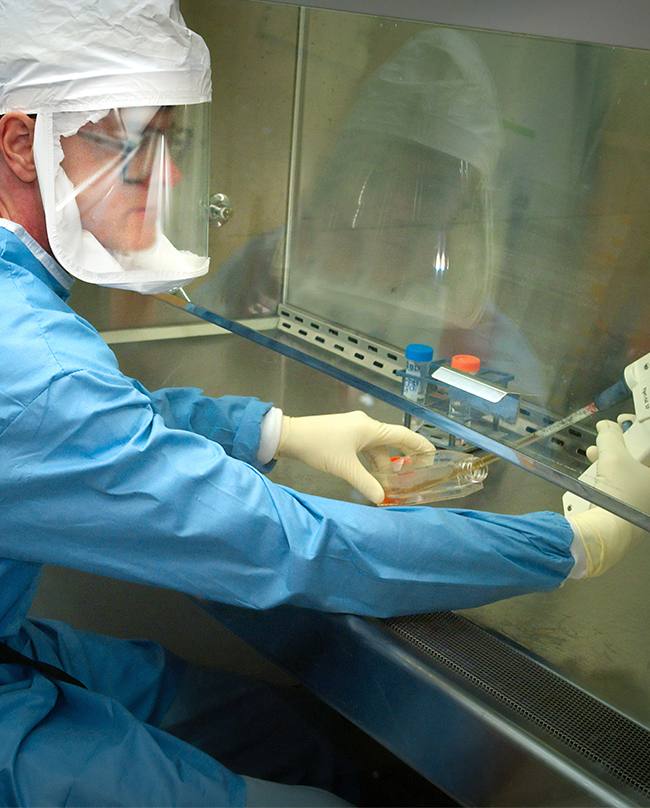 With the Australian rollout of a Covid-19 vaccine to begin in early March, I want to gauge how people think about this. And so, are you…

I then asked people to post a number that reflects them in the thread. I begged people not to post anti-vaccine videos or articles and “don’t turn this into an argument about vaccines or abortion, PLEASE.” Most people posted respectfully. A few people can’t help themselves!

Related: C.S. Lewis and what he would say on the Global Pandemic

The results were as follows:

While the overwhelming first choice is “I’m going to be rolling up my sleeve and getting the jab ASAP,” over 50% of people are reticent, very concerned, or unlikely to get it.

I am in the number one camp. I work closely with a lot of people and currently have Christie’s elderly parents living with us. So, my family and I need to keep ourselves and others as safe as possible.

I will attempt to address several statements and questions in the Facebook thread in the rest of this blog. I’ve consulted with a medical professional who has a BSc in Immunology and microbiology from Monash University and they have helped guide my answers.

Why are we using a vaccine that is only 60% effective?

The question infers Australia will roll out an inferior vaccine that is 60% effective rather than the other ones that are 95% effective? I’ve noticed this comment a few times on Twitter recently, and it’s not accurate.

All of the vaccines Australia has signed up for (Oxford/AstraZeneca, Novavax, and Pfizer/BioNTech) are over 90% effective. Some are approximately 70% effective after the first jab and a follow-up one is needed a few weeks later to boost effectiveness to 95%. The vaccines are only 95% effective because some people don’t get an immune response, as is the case with other vaccines (see reference).

Several people expressed concern about adverse reactions to other vaccines. How do we know this won’t happen with the COVID-19 vaccines? What are the risks and side-effects of these vaccines?

Different vaccines contain different things. Some, for instance, may contain egg proteins, yeast, latex (vial stoppers or syringe plungers), and gelatin, which is added to many vaccines as a stabilizer and is either bovine or porcine. If you’re allergic to any of these or think you may be, speak to your GP first to determine if there’s something in the vaccine to which you could be allergic. Nurses and pharmacists who give vaccines can deal with allergic reactions, and such reactions are rare (see reference).

Many vaccines have slight side effects like fever, headache, arm soreness, redness at the injection site, and tiredness. Of note, more people experienced these side effects after the second dose of the COVID-19 vaccines than after the first dose. Such side effects are common for vaccines approved for other diseases and are a good sign because they show your body is developing an immune response. Your body is doing what God created it to do.

Of course, any medical procedure has risks, and these are often highlighted by those who are anti vaccines. Consider Pfizer/BioNTech, who conducted a 41,000-person clinical trial. One hundred seventy of these volunteers contracted COVID-19, 162 had received a placebo. Only eight people who received the vaccine became ill.

During the trial, ten people became severely ill. Nine of those people were in the placebo group, while one severely ill person was in the vaccine group. Among people 65 and older, the vaccine was more than 94 per cent effective. That’s excellent news because vaccines often are not as effective in older people. After all, immune systems tend to weaken with age (see reference).

What about the speed of production?

In my thread, several people expressed concern about the speed at which the vaccines had been produced. Understand that the base of many vaccines is similar. It’s just the protein spike that is different. For example, the Novavax one has a similar base to the yearly flu jab. In other words, it’s the same train, but we’ve just added another passenger! Also, because of the COVID-19 pandemic, a tremendous amount of funding has been released to speed up research.

“The world was able to develop COVID-19 vaccines so quickly because of years of previous research on related viruses and faster ways to manufacture vaccines, enormous funding that allowed firms to run multiple trials in parallel, and regulators moving more quickly than normal” (see reference).

I’ll end this blog with a few brief answers to some other questions:

Does the vaccine alter our DNA?

No, it doesn’t. DNA lives in a cell’s nucleus and is thus protected. The mRNA in the vaccine goes nowhere near the nucleus where the DNA is. (See reference).

Have the mRNA components caused irreversible damage to some trial participants?

No, they haven’t. It’s a conspiracy theory spread by someone in Germany who claimed to be a naturopath.

Who should get vaccinated?

Everyone, as long as you don’t have any underlying health conditions or allergies that prevent you from safely being vaccinated. It’s important to talk with your GP.

Where should people get their information?

The Internet is an incredible and horrible tool. It allows us to communicate better than ever, but it is also a cesspool of false information that can lead people astray. We’ve witnessed this in a whole new way during the pandemic with the spread of ridiculous conspiracy theories. So, get your information from credible sources ~ highly qualified Immunologists (Ph.D.), experts in their field, and peer-reviewed journal articles. Please note, watching a YouTube clip is not research. And check people out to make sure they are qualified.

Mims’ Medical Microbiology and Immunology (6th edition) is the textbook used by Monash University on this subject and can be ordered online.

I’ll get the vaccine if God tells me to!

The likelihood of God telling you to get a COVID-19 vaccine is relatively remote. I’ve found that God usually saves audible utterances for events of some magnitude. He’s a deity of few words! For everything else, God gives “a sound mind” (2 Tim. 1:7). A sound mind = sanctified common sense. Does it make sense amid a global pandemic where millions are getting sick, and almost two million people have died, for people to be vaccinated against said virus? It’s a “yes” from me!

Like the Spanish Flu (H1N1 Influenza Virus) of a century ago, the COVID-19 pandemic will eventually end. But we will need to learn to live with this virus for a long time to come. Vaccination will be one way to bring it to an end and, hopefully, we’ve all learned lessons in hygiene that will stand us in good stead as we continue to live in God’s beautiful yet fallen world. Let us do everything we can to love our neighbour as ourselves as we live through these turbulent times.