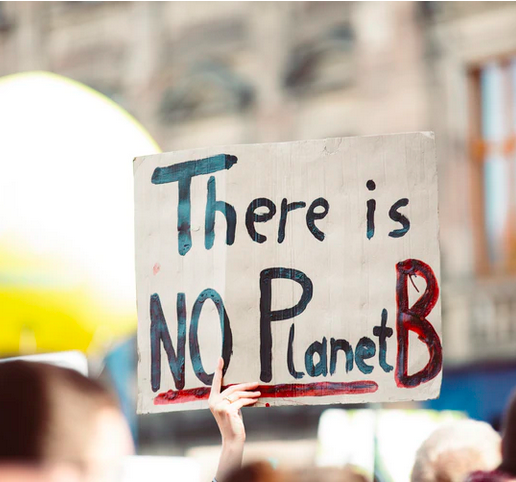 Hundreds of people of faith from around Australia have penned hand-written letters which are being presented (or sent) today to Scott Morrison’s office in Canberra. After the recent high profile scientific warnings and before the United Nations Climate Summit in Glasgow, people of faith are pleading with the Prime Minister to act now and act vigorously on a plan to reduce our climate pollution.

Coordinated by the Australian Religious Response to Climate Change (ARRCC), they are calling on the Morrison Government to submit higher emissions reduction targets to negotiations in Glasgow, re-start contributions to the UN Green Climate Fund and abandon a ‘gas-led recovery’ in favour of job creation in low carbon industries.

ARRCC states that it is a multi-faith, member-based organization of people from around Australia who are committed to taking action on climate change, bringing together representatives from all the major faith traditions to work together in addressing climate change.

Spokesperson and Pentecostal Pastor at Bayside Church in Melbourne, Pastor Rob Buckingham, said “Our faith teaches us that we should care for God’s creation. I appeal to the Prime Minister as a man of faith and ask him to carefully consider his government’s responsibility to ensure the earth’s environment is protected for the generations to come.

“The earth’s climate is no longer changing incrementally but it is changing at an accelerating pace. The intensity of climate-fuelled disasters is increasing world-wide, causing extreme human suffering. We Christians cannot walk on the other side, worried about the cost of taking action. The costs of not taking action are being paid by the world’s poor and younger generations.

“Australia has a moral responsibility to urgently wind back our coal and gas exports and scale up our use of renewables. To do this compassionately, communities currently dependent on coal and gas should receive public support for locally developed plans to diversify their local economies.

“Just as individuals are called to live ethical lives, as a nation we should do what is right, not what suits the short-term political or economic advantage of particular groups. Australia should aim for at least two-thirds emissions reduction in the next decade in order to keep global warming to under 2°C.”

ARRCC is coordinating the participation of hundreds of Australian faith communities in a global ‘Faiths 4 Climate Justice Day of Action’ on 17th and 18th October, two weeks before the Glasgow Summit. They will be calling on the Morrison Government to take much stronger climate policies to the negotiations.

“People in Western Sydney are very vulnerable to heatwaves, especially those living in poverty, Rev. Meredith Williams, Minister of Wentworthville Uniting Church, said. “More generally, Australians are very vulnerable to droughts, fires and floods and climate change will make these much worse for our children and grandchildren. Our governments are failing in their primary duty to keep people safe.”