Because The Majority Does Not Determine Morality
Dr. Michael Brown 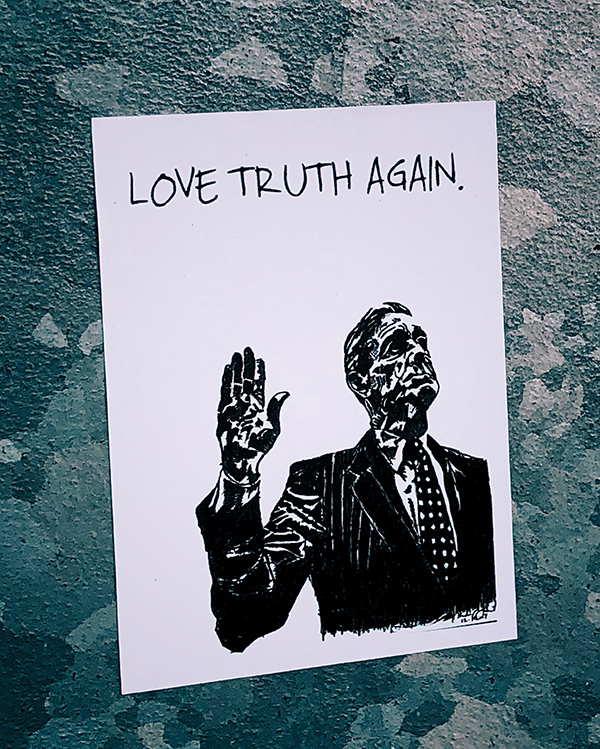 It’s always nice to be able to point to the polls when they support your position. But polling, when done accurately, does nothing more than tell you what other people think. And just because you have the majority on your side doesn’t mean you are right. In fact, when it comes to morality, the majority is often at odds with the Bible, which sets the standard of morality for practicing Christians.

But this should come as no surprise.

As the related saying goes, the road to destruction is broad.

Ironically, a Gallup article from June, 2018 indicated that, “Forty-nine percent of Americans say the state of moral values in the U.S. is ‘poor’ — the highest percentage in Gallup’s trend on this measure since its inception in 2002. Meanwhile, 37% of U.S. adults say moral values are ‘only fair,’ and 14% say they are ‘excellent’ or ‘good.’”

So, almost half of the country thinks that the moral values of the country are “poor,” leading to an obvious question: Are we right about our morals being wrong? If so, then why are so many of us immoral?

Gallup reported in May of this year that, “A majority of Americans (63%) continue to say same-sex marriage should be legal, on par with the 64% to 67% Gallup has recorded since 2017.”

As recently as 1996, however, only 27 percent of Americans believed same-sex “marriage” should be legal.

The Gallup chart is quite graphic, with the numbers crisscrossing somewhat through 2004 and then becoming an ever-widening gap from roughly 2005.

Are these numbers significant? Absolutely.

Do they point to major social shifts? Obviously, they do.

Are they great news for LGBT activists? Without a doubt.

Do they prove anything when it comes to determining what is moral? No, they do not.

During the time period from 2003 to 2017, support for polygamy in America rose from 7 percent to 17 percent, an even more dramatic shift from a statistical point of view. And it’s up to 18 percent in 2019.

Gallup noted that this “may simply be the result of the broader leftward shift on moral issues Americans have exhibited in recent years. Or, as conservative columnist Ross Douthat notes in his New York Times blog, ‘Polygamy is bobbing forward in social liberalism’s wake …’ To Douthat and other social conservatives, warming attitudes toward polygamy is a logical consequence of changing social norms — that values underpinning social liberalism offer ‘no compelling grounds for limiting the number of people who might wish to marry.’”

Gallup also observed that, “It is certainly true that moral perceptions have significantly, fundamentally changed on a number of social issues or behaviors since 2001 — most notably, gay/lesbian relations, having a baby outside of wedlock, sex between unmarried men and women, and divorce.”

Interestingly, Gallup also noted that there were social reasons that help to explain some of this larger leftward shift (including the rise in divorce and changes in laws; another obvious reason is that people have friends and family members who identify as gay or lesbian).

In contrast, “there is little reason to believe that Americans are more likely to know or be polygamists now than at any other time in the past. But there is one way Americans may feel more familiar with or sympathetic to polygamy: television.”

And it is television (and movies and the print media and social media) which has helped change public opinion on same-sex relationships as well, along with other moral issues. (I have documented this for years now; for detailed information on TV and movies through 2011, see here.)

A recent article on the Oprah Magazine was titled, “Pete Buttigieg’s Husband Chasten Has an Incredible Backstory.” But the article’s more important point was found in the subtitle: “With a win for Pete, Chasten would become First Gentleman of the United States.”

Yes, let’s normalize this concept too: The First [Gay] Gentleman! Let’s get used to this new concept – an utterly wrong and immoral concept – using Pete and Chasten as our lovable role models. It’s the new normal!

Remember: We’re not talking about a female president and her husband, who would become the “First Gentleman of the United States.”

We’re talking a male president with a male spouse who would be the “First Gentleman of the United States.” That’s quite a different story.

Yet it’s a story that many Americans might soon be at home with, which proves that the majority does not determine morality.

Morality must be determined on wholly other grounds and argued for holistically.

When the majority embraces morality, that bodes well for a nation. When it’s the opposite, look out.

As Proverbs 14:34 states, “Righteousness exalts a nation, but sin is a reproach to any people.”