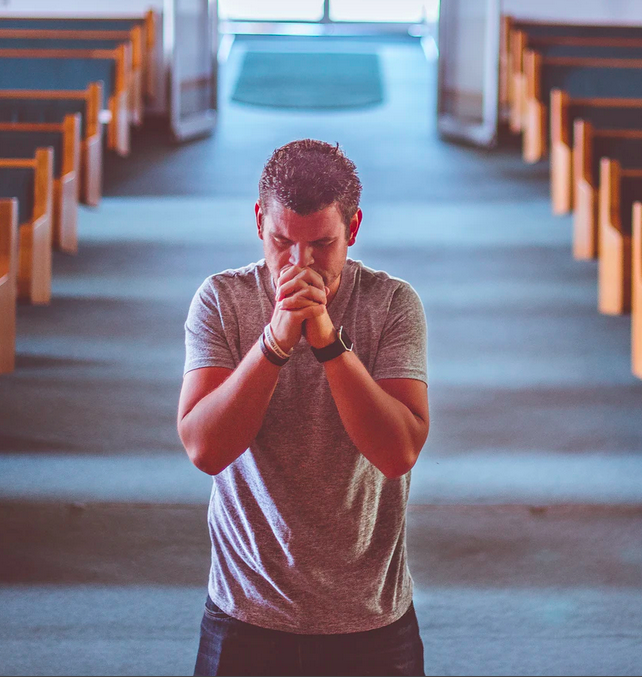 A newly released American study draws attention to a “striking decline” in traditional biblical beliefs among those who claim to be evangelicals. The study by Probe Ministries discovered that 60% of those claiming to be ‘born again’ Christians in America, aged between 18 and 39, believe that Buddha and Muhammad are equally valid paths to salvation. Furthermore, 30% say that Jesus was not perfect and probably sinned.

Similar erosion of traditional beliefs was also noted in regard to morality. Only 16% of evangelicals surveyed indicated a belief in the objective, absolute nature of biblical morals.

What is particularly disturbing about these latest findings is the decline that is apparent when the current results are compared to an identical study conducted by the same organization ten years earlier. When their 2010 study is compared to this latest study, a marked decline can be seen across all major aspects of traditional evangelical beliefs and values.

For example, belief in the accuracy and inspiration of the Bible, the divinity of Christ and the perfect nature of God fell from 47% in 2010 to 25% in 2020 – and this is among supposed born again Christians. Similarly, adherence to traditional Christian moral standards fell from 32% in 2010 to a mere 16% in 2020.

The authors of the study stated,

“This result is a startling degradation in worldview beliefs of born-again Christians over just 10 years.”

What implication does this have for churches?

Significantly, it means that ministers and preachers can no longer assume that the people attending services and listening to their sermons have a biblical worldview. The fundamental biblical beliefs that once defined evangelical Christianity are no longer a ‘given’ among those attending evangelical churches. When a preacher stands to teach from God’s Word, he or she must now contend with a mish-mash of conflicting worldviews among the congregation and a ‘take it or leave it’ approach to biblical theology.

What has led to this dramatic decline in traditional Christian beliefs and values in such a short period of time? There are several factors that are at play here.

Firstly, the decline in fundamental Christian beliefs has occurred hand-in-hand with the decline in solid theological teaching from the pulpit during the same period of time. The typical sermon over the last few decades has shifted away from the exposition of meaty biblical theology to a more ‘me-focused’ pop gospel that centers around finding one’s fulfilment and living a successful life. The solid biblical theology that once characterized most pulpits has been replaced with a sugar-coated message that panders to the self-focused interests of a consumerist society.

Secondly, Christians are being bombarded with increasing strident counter-Christian voices within society. At a time when Christian preaching has grown weaker and more insipid, the voice of secularism has become increasingly militant and pervasive. Christians now face a constant barrage of atheistic philosophy and post-modern relativism from both official sources and social media. It is simply a case that the loudest voice is winning.

The Probe Ministries study makes an interesting concluding comment regarding a further possible contributing factor in the decline of traditional biblical beliefs:

“These disturbing trends are, yes, due to pastors not consistently teaching biblical theory. But they can also be attributed to young Christians who are not paying attention, who are focused — nearly exclusively, it seems — on their phones, social media and other content they deem more compelling.”

If the Christian church is to have any hope of reversing this decline in biblical beliefs, it must make solid biblical theology a central focus of its preaching. Biblical theology is not something that can be absorbed via osmosis – it must be taught, intentionally and incrementally. If sound, deep theology is not preached from the pulpit, where else will the average person hear it?

The modern church must cease its love affair with the sugar-coated pop psychology sermon which has given birth to a generation of Christians who are adopting a buffet-style approach to Christianity – selecting the beliefs that suit them and rejecting the ones that don’t. Preachers need to rise up and once again unashamedly proclaim the uncompromising truths of the Bible, teaching what people NEED to hear rather than what they WANT to hear.

The preaching of Jesus, and subsequently of the Apostles, was deeply theological and completely unequivocal in its content. It did not seek to tickle itching ears. It left no room for a buffet-style, take-it-or-leave-it approach to belief. Jesus did not say, “I am one way to God, but if you prefer another path, that’s OK too.” He did not say, “God would prefer that you obey his moral commands, but he understands if you think you know better.”  On the contrary, Jesus said, “I am the way, the truth and the life; no one comes to the father except by me”. To the adulteress, he said “Go and sin no more”. Similarly, his stringent demands regarding the cost of commitment led many people to cease following him. Jesus was not a people-pleaser. He preached the truth, because only the truth can set people free.

“If Jesus preached the same message many ministers preach today, he would never have been crucified.”

“A man who first tried to guess ‘what the public wants,’ and then preached that as Christianity because the public wants it, would be a pretty mixture of fool and knave.” (C.S. Lewis, “Letters to Malcolm”).

As our world spirals further into humanistic philosophy and relativistic chaos, the church must stand against the tide. It must proclaim God’s unchanging truth, unashamedly and clearly, without compromise. It must begin to teach again the deeper things of God. It must serve up meat, not fairy floss.

“The preacher is not a chef; he’s a waiter. God doesn’t want you to make the meal; He just wants you to deliver it to the table without messing it up. That’s all.”