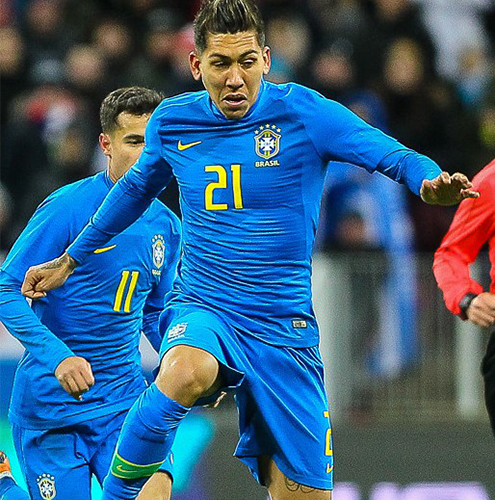 Liverpool soccer star Roberto Firmino has shared a video of his water baptism to fans worldwide.

The player, who was signed to English premier league club Liverpool for £29 million back in 2015 while discovered playing in Brazil at the Copa América, Hoffenheim club, was joined in the pool by his wife and Liverpool’s goalkeeper Alisson Becker.

“Jesus is love,” the forward stated just before he was dunked in the water.  “There is no explanation. Just believe him and feel the Holy Spirit.”

Firmino, affectionately nicknamed “Bobby” by Liverpool fans and players – a shortening of his first name “Roberto” – is also a member of the Brazilian national team.

Firmino is in the middle of a busy soccer season as Liverpool is chasing its first-ever Premier League title.