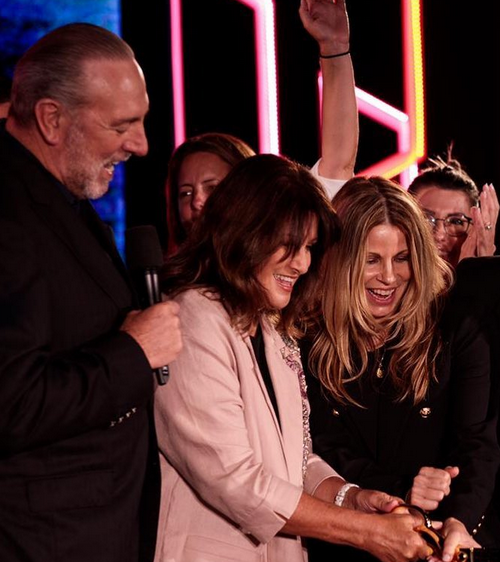 Brian and Bobbie Houston at the opening of a Hillsong church. Image: Instagram

The senior pastors of Hillsong Church have issued a statement after a former nanny to Carl Lentz and his family – and a current Hillsong pastor – accused Lentz of “bullying, abuse of power and sexual abuse”.

Leona Kimes, an Australian woman who is now a senior pastor with her husband, Josh, at Hillsong Boston, this week wrote a revealing article on the article sharing website, Medium, in which she shared in detail the abuse she says she suffered while working for Lentz.

Australian based Hillsong pastors Brian and Bobbie Houston, who are currently residing in the U.S., have been forced to issue yet another statement as the church tries to manage the ongoing challenges from the fallout of its former star New York pastor.

“The sexual abuse started small, too,” she wrote on Medium. “My pastor would look at me and say, “Gurl, you’re looking good. You’ve been in the gym?” There was a lot of flirty teasing like this. I had been around long enough to know that’s just how he was with women. But after a while, the comments started to escalate. I remember being told, “after you have kids, we’ll buy you a boob job.”

Kimes stated that what started with giving him foot rubs at his request, “… he would ask me to rub his feet when he would come home or rub his tired muscles after playing basketball. Then the physical encounters escalated. While he never had intercourse with me and never kissed me, I was physically violated by his unwanted and repeated sexual touching of my intimate areas. I froze. Every time, I froze.

“He offered to accompany me to the doctor with his sick son once and he touched me while I was driving, both hands on the wheel. Again, I froze.

“He suggested accompanying me to a movie with the kids and sat next to me and touched me in the dark, even though we were surrounded by people. Again, I froze.”

The Houstons released a statement on the Hillsong website. Having already launched an investigation into Hillsong East Coast, including adding in place new procedures, the new revelations by Kimes are yet another issue the church must deal with.

“In the process of seeking clarity, hearing Leona Kimes’ experience was very disturbing,” they stated. “We have respected Leona’s privacy and her deeply personal story. She has now decided to share her experience so that she and her husband can continue moving forward as a family.

“It will be a long process and they have our full concern and pastoral support. We know that Leona may face criticism for her story and her choice to share it. In that light, we commend her for her courage and have assured her of our utmost compassion in their journey forward.

“Abuse of any kind, in any circumstance, is always deplorable. As a church, we are committed to learning more about how to identify such trauma and bring meaningful support to anyone who has experienced it.

“As we work to rebuild Hillsong East Coast, Leona’s experience will be central in our processes. Earlier this year, we made this commitment to update our suite of infrastructure services including increased HR training and the requirement of our policies to be standardized across our network of churches and we hope to improve accountability and communication even further.

“We ask for your continued prayer as we seek to bring Godly wisdom to what has been a difficult and heartbreaking situation and season.”