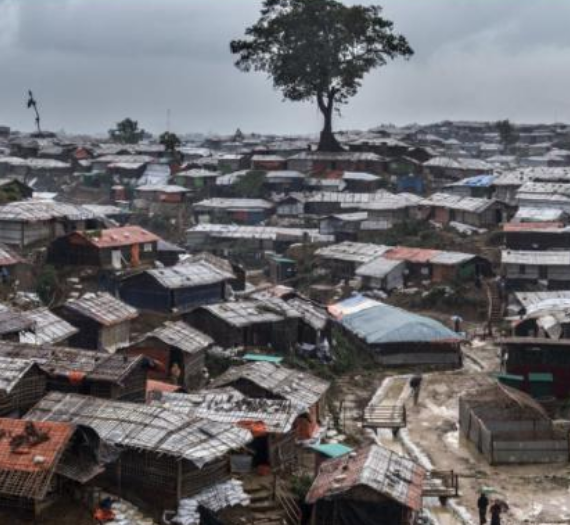 The tightly packed camp at Cox’s Bazar in Bangladesh is home to nearly one million Rohingya refugees. Image: UNICEF

The body of a Christian Rohingya refugee was left without burial for 30 hours because of a protest by Rohingya Muslims, who form the majority of people at the sprawling Cox’s Bazar refugee camp in Bangladesh.

Muslims have for many years allowed Christians to be buried in the Kutupalong camp; however, they refused to grant the burial of Christian Mohi Uddin, who died of illness, and formed a barrier to prevent the interment.

“The camp manager and the UN staff tried to solve the problem, but couldn’t,” said a local Christian. “For the first time we buried the body of a Rohingya Christian at another district due to the opposition of Muslims, even if for years the bodies of all the faithful were buried together.”

Mohi Uddin was eventually interred at the Baptist Church of Patiya.

The isolated group of around 60 Rohingya Christians live among nearly one million mainly Muslim ethnic Rohingya who fled their homeland to escape genocide at the hands of the Myanmar military (Tatmadaw). In Cox’s Bazar, Christians are persecuted by an extremist minority among the Rohingya Muslim refugees.

In March 2021 many Christian families lost their shelter and few possessions when fire engulfed the tightly packed camp, killing 11 people and injuring 560.

10,000 shelters were completely destroyed leaving 85,000 thousand people homeless. There were a large number of children reported missing and the total number of lives lost in the fire had yet to be determined. In addition to the lives lost, market shops, schools, a mosque, a hospital, and food centers were all destroyed.

Police arrested and charged several Bangladeshi youths for starting the fire. There was a feeling among the local community that the fires were being started with the intention of driving out the Rohingya. The FBR Rohingya team had been interviewing more individuals in an attempt to substantiate these claims, going door to door and distributing goods in an effort to help those who have been affected by the fire.

From Barnabas Fund contacts and other sources