The Importance of Setting Your Imagination Free
Berni Dymet 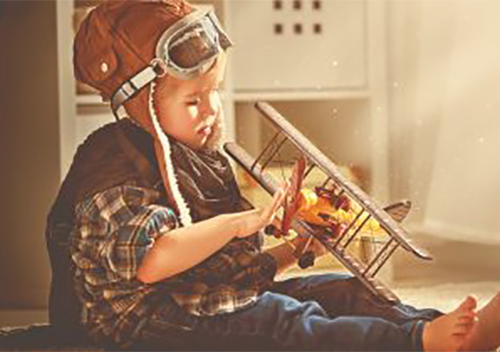 Let’s face it. You live a hectic life. Work, family, emails, SMS’, social media, television, Netflix … there’s more than enough attention-grabbing stuff out there to fill your day 24/7 and then some. So … when do you allow your imagination to roam free? When do you turn your heart and your mind to things that inspire you? When do you get the creative juices flowing and dream big dreams?
.
Sadly, the answer for most people, is never.

I was interviewed recently on Radio Rhema in New Zealand, by broadcasting legend John Peachy. The man has a passion for letting people tell their stories.

After the interview, he and I were chatting in the studio about the stories behind the stories. He was telling me about a well-known personality who he’d interviewed recently. The man is a public figure with a law degree … but in his younger years, he’d studied philosophy.

And yet, somehow it lay forgotten in his heart … after all, being a politician is a hard grind. It takes every ounce of the man’s time and energy. And hey, being you, being me … that’s a hard grind too.

So hard, that the humdrum that fills 95% of our lives seems to have rusted on to us; immobilised us; made us slaves to the here and now, to the stuff that just has to get done. (Are you getting this?)

And that … that’s a recipe for disaster.

Because as your imagination goes into hibernation, the passion, the excitement, the awe, the wonder, the excitement of conjuring up something new out of your God-given creative heart and mind … all just drain out of you.

That’s why so many people live out their lives as empty shells.

A Startling Fact About God … and About You

Imagine that you know nothing else about God, except what you can read about Him in Genesis chapter 1.

If that were the case, and you were asked, based on the evidence in that one chapter, to come up with one adjective to describe God, then the one that would probably top the list, is … creative.

God is an immensely creative God. And in that very same chapter, we’re told that we – you and I – are made in His image.

Which, unless He’s lying, means that you are an immensely creative person.

And just like that politician with a passion for philosophy, there are things in your DNA that cause you to light up, to be inspired, to get excited and passionate again. But if you’re like most people … that thing is hidden away up in the attic somewhere, in a dusty old box … long forgotten.

So … maybe it’s time to disconnect, switch off, get alone or with some other creative people and dream crazy dreams. Dream about the things that you’re really passionate about.

I just had someone wander past my desk (I’m visiting with this radio network in Kiwi Land as I peck away here at the keyboard – just grabbed a desk in the open plan office) and without any prompting, this radio producer told me that his life is so operational.

Today’s program, tomorrow’s program … churn them out. See?! Even the creative guys have this problem. And this guy is particularly creative and talented. It’s not that he doesn’t love what he’s doing – he absolutely does. It’s just … that there’s no time to imagine new things (his words, not mine).

Come on … it’s time to set your imagination free. It’s time to give your imagination a license to roam over hill and dale; to go to crazy places it hasn’t been to before; to think up things so outrageous, so big, so out of the box, that unless God were in them, they’d have no chance of succeeding.

One of the great joys of my job, is that I get to give young, creative people the license to do that in our ministry.

A case in point. A week before I published this blog, we had just completely redeveloped our ministry website – christianityworks.com.

And as all the creative types – the designers, developers, SM experts – sat around in that first meeting, I painted them a crazy, outrageous picture of what I had in my mind. But it was their job to apply their creativity to make it happen; to turn my crazy ideas into something amazing.
What they came up with was stunning. But on top of that, they all enjoyed themselves because here was a chance to let their imaginations run wild.

And that’s what creativity is … it’s setting your imagination free.

That’s what you were made to do … as God created you in his image.

So, what are you waiting for?