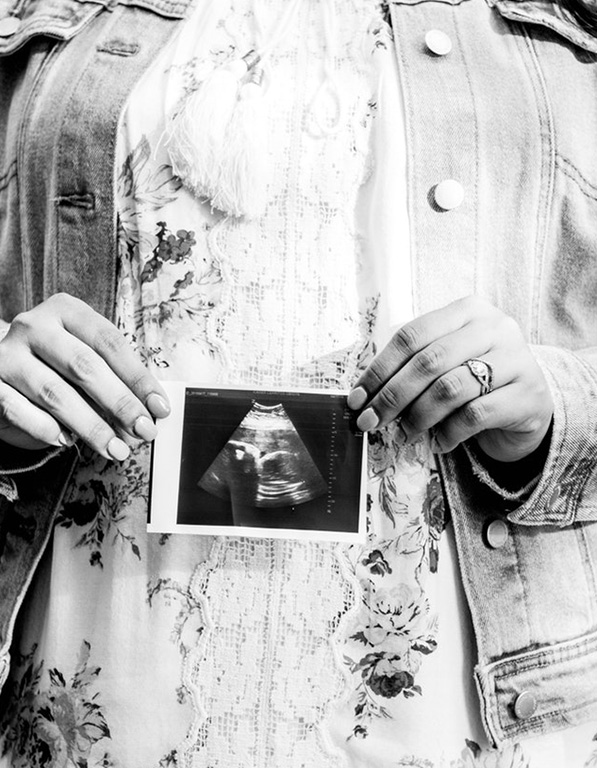 I was recently asked this question: ‘J.John, why are you against abortion?’ And without thinking I replied, ‘Because God is against abortion.’ In hindsight it was the right answer and it’s one I want to explain here.

I am aware that abortion is a difficult and painful topic. I need to say three things at the start. First, I acknowledge that there can be times when abortion is medically necessary for the survival of the mother but, according to the Department of Health statistics, these cases were less than 0.1% of the total in 2018. Second, I recognise that in many cases a woman only has an abortion because she has been pressured by other people. There, any blame is to be shared. The pastor and theologian Dietrich Bonhoeffer said: ‘A great many different motives may lead to an action of this kind; indeed in cases where it is an act of despair, performed in circumstances of extreme human or economic destitution and misery, the guilt may often lie rather with the community than with the individual.’ Third, I believe in forgiveness and healing through Jesus Christ and that extends to abortion if we are repentant.

How serious abortion is should be evident from the appalling (but often overlooked) statistics. In the UK we now have 4,000 abortions every week with nearly a quarter of all pregnancies ending in terminations. Since abortion became legal in 1968 there have been a total of 9 million abortions in the UK. In the United States there have been 50 million abortions since 1970. Given the availability of safe and cheap contraception, these are truly shocking and appalling figures.

Critics of abortion have tended to focus on the adult individuals involved, but it means that the culture in which this industrial-scale destruction of life occurs escapes criticism. This ‘abortion culture’, the near universal mindset that quietly and seductively proclaims that it is acceptable to terminate pregnancies for any reason and that abortion is nothing more than a routine medical procedure, is disgraceful.

What is wrong with abortion culture? Quite simply it’s against everything God is as our creator, protector and redeemer.

First, abortion is an attack on God as the creator of human life. Modern science has blinded us to something that everyone in the past knew: life is a miracle, a gift from God. The problem is not science itself, or even our advances in science, but the unquestioned philosophies of science, the arrogance that scientific progress can give way to the illusion that we now know everything and have become our own gods. Sadly, science has ‘desensitised’ us. Although we may destroy a baby, we cannot make one. Someone might argue that we can – test-tube babies. The Bible is clear that the source of all life is God himself. It is as if on every embryo and every baby the phrase is written ‘Hand-crafted by God’. In the Old Testament we read that Job cried out to God, ‘Naked I came from my mother’s womb, and naked I will depart. The Lord gave and the Lord has taken away’ (Job 1:21 niv). Life, says Job, is a gift of God the creator (Job 12:10).

That life is made by God gives it extraordinary value. After King David had committed adultery with Bathsheba and arranged for the death of her husband, guilt consumed him and he wrote Psalm 51. There in verse 4 he cries out to God, ‘Against you, you only, have I sinned and done what is evil in your sight.’ He saw his own crimes, which included the taking of life, as ultimately being against God himself. So it is with abortion: that unborn child is not the property of the mother, the parents or, still less, the community; it is God’s creation. Matters are made more serious still because human beings are made in the image of God (Genesis 1:26,27; 9:6). Only God can make a life; only God can take it.

Abortion is a statement of rebellion against God the creator. When we rip out an unborn life and discard it like so much rubbish, we are saying to God that we, not him, are in charge of the world. God the creator is against this: so am I.

Second, abortion attacks God as the protector of human life. One of the great images of God throughout the Bible, and particularly in the New Testament, is of a father; the perfect model parent who cares deeply for his children. In the Old Testament God says he is like a father (Deuteronomy 1:31; Psalm 103:13; Hosea 11:1; Jeremiah 31:9) but significantly he also refers to himself as having the characteristics of a mother (Isaiah 42:14; 49:15; 66:12–13). In the New Testament, following Jesus’ teaching, we see that God is a father. With that idea of God as perfect parent comes the idea of him as the one who lovingly cares for the weak, the vulnerable and the silent; categories which are clearly represented by the unborn child.

Abortion culture attacks the unborn and in doing so denies everything that God demonstrates about parenting. God our protector is against this: so am I.

We used to talk about rights and responsibilities. Today all we hear about is rights! Abortion is actually ‘unthinkable’ to God (Jeremiah 7:31), it is against the simple, natural and good design.

Third, abortion culture denies God as redeemer of human life. That precious idea of God being the one who is willing and able to redeem or rescue human beings is especially appropriate here. The fact is that what lies behind most terminations is a desperation in which abortion is presented and accepted as the only remedy. Abortion is an act that comes out of the denial that God can intervene or rescue; it is a brutal act of despair, a grim rejection of all hope. And the most ‘hopeless’ countries with high suicide rates, also have the highest abortion rates. Hope = life; hopelessness = death. Stats here.

Brephos is a ministry in the UK that helps churches to teach about abortion. Click here to listen to talks, watch videos, read articles and to book into their upcoming conference for church leaders. The Centre for Bio-Ethical Reform UK, of which Brephos is a project, exists to challenge the way society thinks about abortion. Click here to educate yourself on the reality of life in the womb and what abortion actually is.