Canon J John on Francis of Assisi, a Hero of the Faith
Canon J. John 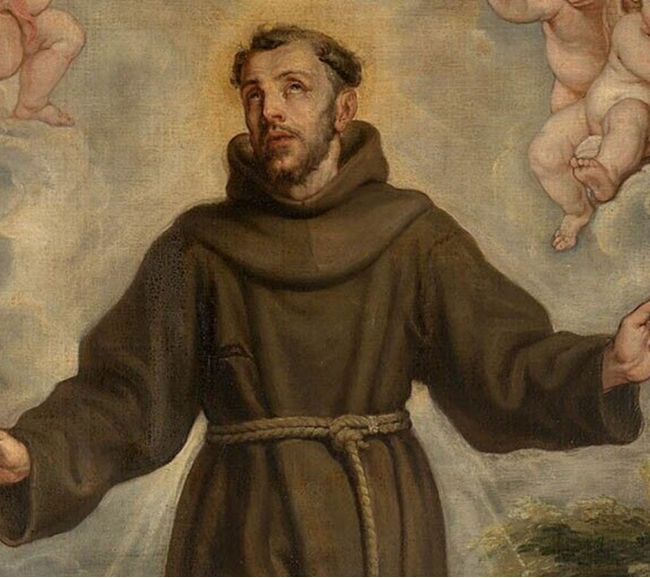 Francis of Assisi is apparently the world’s most popular saint, but much of this popularity is for the ‘legendary Francis’; an amiable, uncontroversial spiritual figure who loved animals, proclaimed peace and endorsed the simple lifestyle. Behind this largely imaginary individual lies the real Francis, a man who is not just authentic but also much more challenging.

Francis was born in the Italian town of Assisi in 1181 to a prosperous family and grew up to become a young man who lived for pleasure. Slowly, after imprisonment during a local war and having had a vision of God, a conversion process began. Francis publicly repented of his life and attitudes, and as he wandered alone through the countryside, Francis had a second vision in which Christ told him to ‘repair my house’.

Taking a vow of poverty, Francis began preaching, restoring church buildings and caring for lepers. Francis soon began to attract followers. He imposed simple but strict commands on them: to follow Jesus’ teaching, to wear simple clothing, to preach repentance, love and peace, and to perform acts of kindness. In creating his religious community Francis – who was never ever a priest – was operating without the authority of the church, a risky process at a time where heresies were brutally treated. In 1209 he went to Rome to see the Pope who reluctantly gave him authorisation.

Back in Assisi, Francis created rules for what became known as the Franciscan Order. Soon he had to form two other orders: one for women and another for those who could not join him full-time. Although a man of great prayer, Francis had evangelistic zeal, preached regularly in streets and markets, and sent his followers out as evangelists across Europe. Feeling personally called to witness to Muslims, Francis made several attempts to reach the Arab world. Finally, in 1219 he sailed to Egypt in the middle of the Fifth Crusade with the goal of seeing the Sultan of Egypt converted. Crossing over to the Muslim lines during a ceasefire, he was captured and brought before the Sultan to whom he spoke about Jesus for several days. Although the Sultan was never (at least openly) a convert, he was impressed enough to allow Francis safe passage back to Italy, where he was forced to be a manager in order to mobilise his multiplying followers into organisational structures that would outlast him. That done, Francis, who disliked management, handed over leadership of the three orders. Having struggled with poor health since his visit to Egypt, Francis now became seriously ill. He died in 1226 at the age of only forty-four. Within a few years Francis was canonised as a saint by the Catholic Church, a title that, with his humility and simplicity, he would have no doubt rejected.

In thinking about Francis, let me mention what he didn’t do. The authentic Francis never said, ‘Preach the gospel at all times and use words if necessary.’ In fact, as an evangelist who proclaimed the gospel everywhere to everyone, Francis would have strongly rejected the phrase. As do I. Neither did he write the so-called ‘Prayer of St Francis’ (‘Lord, make me an instrument of your peace. Where there is hatred, let me bring love . . .’). That’s probably twentieth-century and also talks too much about ‘I’ and ‘me’ and too little about Jesus to be authentic. Finally, Francis probably didn’t persuade a wolf to stop eating people and he almost certainly didn’t preach to the birds, although he loved them.

What’s truly important about Francis is what he diddo. With its simplicity and enthusiasm his ministry was a wake-up call to the church, and the three Franciscan orders he founded have continued to the present day. The authentic Francis did love the natural world but we need to note that he cherished nature because he saw God’s handiwork in it. Although not a prolific writer – he was too busy praying and preaching – Francis left some fascinating instructions, prayers and poems. One of these, which has given us the hymn ‘All Creatures of Our God and King’, is the Canticle of the Sun in which Francis thanks God for the sun, moon, wind, water, fire, earth and even death who are his ‘brothers and sisters’ and through whom God is praised.

The real problem with the ‘legendary Francis’ is that it allows the creation of a universal figure that suits everyone, whatever their beliefs, and softens the impact of a remarkable and challenging man. The real Francis raises questions for all Christians.

First, how seriously are we committed to our spiritual life? Francis sought to walk as close to God as he could, seeking a holy simplicity of life in order that nothing would get in the way of encountering and knowing God. Here, Francis is a reminder of the simple but vital truth that Christians must put God first.

Second, how seriously are we committed to those who are suffering Francis made the care of the poor and downtrodden a priority in his ministry. I think that is a correct and biblical emphasis. Yet supporting the needy is costly in every way and it’s easy to let it slide into the margins of our faith. Here, Francis reminds us that if our faith is to be genuine, we must not neglect those who are struggling in whatever way.

Third, how seriously are we committed to sharing the good news? Francis was a man who risked everything to share Jesus with those who seemed to be Christianity’s bitterest enemies. Here he is a reminder that it is our duty and our privilege to share the gospel.

Francis challenged the church and Christians of his time: he continues to do so today.