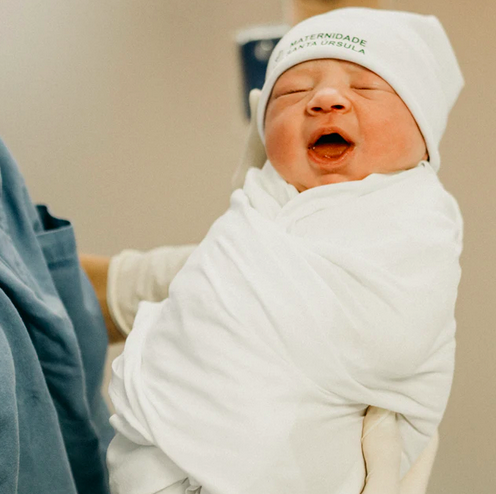 A group of heavyweight media companies have banned an ad promoting pro-life, stating it is too “controversial.”

The ad was produced by The Susan B. Anthony List (SBA List), a non-profit organization that seeks to reduce and ultimately end abortion in the U.S. by supporting anti-abortion politicians, primarily women, through its SBA List Candidate Fund political action committee.

According to a report by the Daily Wire, CBS, CMT, owned by ViacomCBS, and the Hallmark channel, owned by Crown Media, all rejected the 30-second spot.

“Five decades of medical breakthroughs. Every age group has more opportunity to live except one. The unborn still fall victim to outdated laws,” the ad’s narrator says as the outline of an unborn baby from a pregnancy sonogram flashes across the screen.

“Science tells us that at fifteen weeks these babies have fully formed faces. They smile. They yawn. They feel pain,” the ad continues.

“Isn’t it time the law reflects the science?” the spot concludes.

SBA List announced the launch of an initial two-million-dollar television ad campaign asserting the humanity of unborn children. The ad buy is a response to news that the U.S. Supreme Court will review a Mississippi law limiting abortion after 15 weeks of pregnancy. The 2018 legislation passed by overwhelming majorities in the state legislature and was signed by then-Governor Phil Bryant.

The :30 spot was to air on national cable, including on Lifetime, Hallmark, and Bravo networks, as well as select streaming services, and in the Washington, DC media market on top news stations.

“The science is simple: unborn children are human beings and deserve protection,” said SBA List President Marjorie Dannenfelser in announcing the ad’s launch. “By 15 weeks, children in the womb have fully formed noses and lips, eyelids and eyebrows; they can suck their thumb, and even feel pain. Across the country, state lawmakers acting on the will of the people have introduced nearly 550 pro-life bills – 70 already enacted so far this year – aimed at recognizing these facts and humanizing our laws. We are eager to further educate the nation about these realities and are hopeful that the law will soon catch up to the science.”

The Supreme Court announced it will consider the question of whether all “pre-viability” bans on abortion are unconstitutional. In 1973, unborn children were considered viable at around 28 weeks. Since that time, the concept of viability has shifted. Premature babies can survive at 22 weeks, if not earlier, with active care and surgeons treat children in-utero as a separate patient as they treat a growing list of conditions directly in the womb.

SBA List is a network of 900,000 pro-life Americans nationwide, dedicated to ending abortion by electing national leaders and advocating for laws that save lives, with a special calling to promote pro-life women leaders.

Founded in 1993 by sociologist and psychologist Rachel MacNair, the SBA List was a response to the success of the abortion rights group EMILY’s List, which was partly responsible for bringing about the 1992 “Year of the Woman”, in which a significant number of women who favored abortion rights were elected to Congress. MacNair wished to help anti-abortion women gain high public office.