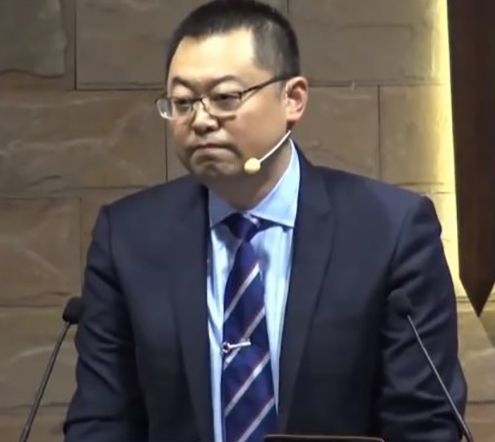 The lawyer of Pastor Wang Yi has learned that he is facing a new charge of ‘illegal business activity.’

Christian Solidarity Worldwide CSW) reports Pastor Wang Yi’s lawyer has been barred from seeing the pastor since his detention in December 2018.

A message issued by the lawyer confirmed that Pastor Wang had been charged with ‘inciting subversion’ and the new charge of ‘illegal business activity.’

Pastor Wang was detained in December 2018 along with over 100 other members of Early Rain Covenant Church, including his wife Jiang Rong, in Chengdu, Sichuan Province.

While many of those initially detained, including Jiang Rong, have since been released (some of them on bail), the pastor and several others have remained in detention for more than seven months. Those who have been released have continued to report ongoing harassment from police and landlords under pressure from authorities.

This development follows a report from China Aid of the suicide of another pastor in China earlier this week. On July 17, Reverend Song Yongsheng, a pastor at a state-sanctioned church in Henan province, took his own life after becoming increasingly distressed by the Chinese Communist Party’s policies towards religious groups.

In addition to targeting unregistered churches, authorities across China have applied increasing pressure on registered churches such as that of Reverend Song, forcing them to remove religious symbols and prohibiting them from allowing children to engage in religious activities.

CSW’s Chief Executive Mervyn Thomas said: “CSW condemns the continued detention of Pastor Wang Yi, who has now spent over seven month deprived of his liberty simply for standing up for his beliefs. The fact that his lawyer has been unable to meet with him is a grave violation of his rights, and we believe the charges against him are completely unfounded. We call on the Chinese authorities to release Pastor Wang and all remaining members of Early Rain Church from detention immediately and without condition, and to cease the harassment of all attendees.”

Thomas continued: “CSW extends its deepest condolences to the loved ones of Reverend Song Yongsheng. His suicide highlights the deterioration in religious freedom in China. We call on the government to cease all harassment of both registered and unregistered churches, and urge the international community to raise violations of the right to freedom of religion or belief with China at every opportunity.”