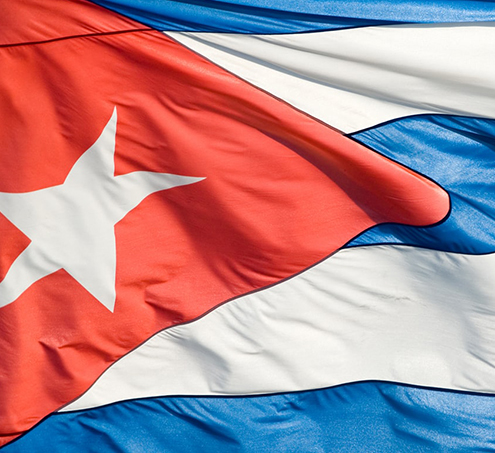 Husband-and-wife pastors in Cuba are serving prison sentences for declining to send their children to a government-run school where their daughter was bullied for being a Christian, family members said.

Morning Star News reports that Pastor Ramón Rigal was sentenced to two years in prison in April for homeschooling his two children, as well as for leading an unregistered church. His wife Ayda Expósito is serving an 18-month sentence in a women’s prison for refusing to educate their children in government-run schools, the only legal option in Cuba.

Another couple in their church has also been imprisoned for keeping their children out of the Cuban educational system, and six to nine other Christian families have likely met the same fate, sources said.

“It all started when I was in fourth grade; I suffered bullying at school because I was a Christian,” the Rigal-Expósito’s now 13-year-old daughter, Ruth Rigal, states in a video produced by a Cuban audiovisual magazine called ADN, the Spanish acronym for DNA. “I was kicked in the belly, so he [her father] decided to get me out of school. They began to chase us, to threaten us, saying that if we did not go to school, they would take us to the house of children without parental protection, and they were going to put my parents in jail.”

The bullying stemmed from a history of the Communist government promoting contempt for Christians, the family believes.

In the video, Ruth laments that her family is now torn apart – besides her parents being split up in their respective prisons, her 9-year-old brother lives with grandparents on her mother’s side while she stays with her paternal grandmother.

On April 22, the Popular Municipal Court of Guantánamo convicted the couple for violating a Cuban law entitled, “Other Acts Contrary to the Normal Development of the Minor.” Law 62 of the Act stipulates that “whoever induces a minor to leave his home, miss school, refuse the educational work inherent in the national education system or breach of his duties related to respect and love of the country, incurs sanction of deprivation of liberty from three to months to a year or a fine of 100 to 300 [Cuban peso] installments or both.”

The couple had served one year of house arrest for homeschooling in 2017. At that time and in the trial this year, prosecutors argued that homeschooling “is not allowed in Cuba because it has a capitalist base,” and that only teachers are trained “to inculcate socialist values,” reported the independent news outlet Diario de Cuba (DDC), which has closely followed the case.

The pastoral couple was following a program of a private Christian school in Guatemala. The program of the International Hebron School is approved by the Ministry of Education of Guatemala, and students enrolled in it may obtain certification of studies and a high school diploma through Home Life Academy. The couple’s children had been completing their education online through a free program offered by the school.

Ruth and brother Joel were happy with the teaching system at home, they told Latin America-based news portal Evangélico Digital, which in June reported Ruth as saying, “They put my mom and dad in prison … and they did not think about us, that we are minors, that we need my mom and dad together.”

In her parents’ trial, authorities prevented Ruth from entering the courtroom so that “none of the assistants and case managers would be sensitized,” according to Evangélico Digital, which reported that the arrest of the parents in front of the children especially traumatized her younger brother.

In a press statement by Christian Solidarity Worldwide (CSW), Joint Head of Advocacy Anna-Lee Stangl noted that other Christian children and parents have suffered similarly.

“Over the years, CSW has received numerous cases of children of pastors being bullied and ridiculed at school because of their religious beliefs, even to the point of causing serious psychological trauma,” Stangl wrote. “This is unacceptable. We call on the Cuban government to release Ramon and Ayda and to ensure that all children in Cuba are able to study free from harassment regardless of the religious beliefs of their family.”

Article 26.3 of the Universal Declaration of Human Rights holds that, “Parents have a prior right to choose the kind of education that shall be given to their children,” while Cuban law punishes parents if they “refuse the educational work inherent in the national education system.” Thus there is no legal way in Cuba for parents to educate their children according to their convictions and values.

Pastor Rigal was also convicted of “illicit association,” as their Iglesia de Dios (Church of God) is not registered with the Ministry of Justice’s Registry of Associations. Registration involves excessive controls and regulatory steps, a high initial membership requirement and “a relationship of coordination and collaboration, which in practice is more a relationship of subordination of non-governmental entities,” according to Luis Carlos Battista, a Cuban lawyer and previous Stephen M. Rivers Memorial Fellow at the Center for Democracy in the Americas (CDA), in an article about the Law of Associations of the Republic of Cuba.

Evangélico Digital also reported that at noon on Friday (Aug. 9), independent journalist Yoe Suárez was arrested in Guantanamo Province while trying to interview members of the Rigal family.

“They took me in handcuffs and arrested me for two hours,” Suárez told Morning Star News. “State security confiscated the cell phone I work with. Now I have a warning document that prohibits me from entering the city of Guantanamo under threat of imprisonment.”

The Patmos Institute, a religious rights watchdog in Cuba, confirmed that Cuban authorities detained the pastoral couple at their home on April 16. On April 18, officials informed them at 1:30 p.m that half an hour later they would appear on trial; the system denied the possibility of appointing a lawyer for themselves. Diario de Cuba reported that it was a “very summary trial.”

Family members appealed the April 22 verdict, but the regime reportedly upheld the sentence without hearing an appeal.

In the ADN video, Pastor Rigal’s mother, Noris María Rodríguez, indicated that her son has been the victim of a vindictive effort by the government to make an example of him, saying, “There’s a problem of raging vengeance, here.”

Recently authorities reportedly put Pastor Rigal under a “harsh regimen” of more severe prison conditions. His family visits are limited to once a month and he is not allowed to work, whereas at the women’s prison, by contrast, his wife is working in the prison infirmary and is allowed to talk to their children regularly.

The U.S.-based Home School Legal Defense Association (HSLDA) reported that members of Pastor Rigal’s congregation, Golquis Almaguer and his wife, have also been imprisoned for homeschooling.

“In Cuba the Communist Party controls all the courts, and the rule of law is at the mercy of the totalitarian government based in Havana,” HSLDA stated. “Consequently, religious activity is closely regulated, and children are required to attend state schools. This is why the Rigals and Almaguers are suffering – for the alleged crime of teaching their own children.”

Sources estimate that between six and nine other Christian families have also been convicted for homeschooling their children, though details and confirmation of this claim have not been confirmed.

In a declaration through HSLDA, Pastor Rigal said the family had previously tried to leave the country with the help of the Hebron school, which provided them with tickets to Guyana, but Cuban authorities prevented them from traveling.

HSLDA maintains an open campaign to help the family.

When the school year began in Cuba on Sept. 2, Ruth and Joel Rigal attended the state-run schools to avoid being taken from their grandparents.