The pastor’s dilemma: To friend or not to friend
Baptist Press 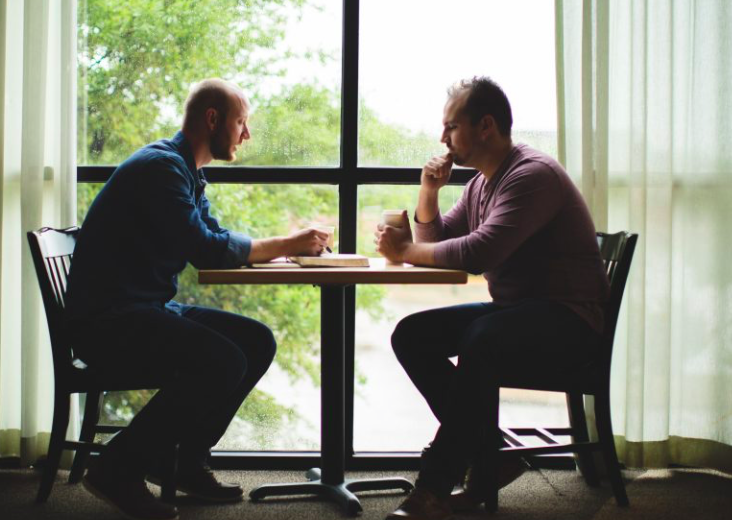 A Baptist pastor and columnist recently wrote that becoming friends with members of his church was bumping up against his seminary training.

“The standard and dominant view is that the office of pastor has clearly defined boundaries and roles,” Kyle Childress said in a column for Faith & Leadership, an online leadership education journal published by Duke University.

“For example, I was trained both in seminary and in college that the pastor should never make friends within the congregation,” said Childress, pastor of Austin Heights Baptist Church in Nacogdoches, Texas. “Having friends, in this view, is fraught with peril at every turn: the dangers of showing favoritism or having cliques within the church, the temptation to break confidences, the undermining of pastoral authority and so on.”

He was also instructed that a pastor’s friendship is with God because ordination imposes “a holy distance” between the minister and the congregation.

“Maybe so,” he said. But then Childress added: “Maybe not.”

The answer is “definitely not” for some pastors, especially those of a younger generation or pastors of Millennials who expect little or no formalities between clergy and lay people, according to Baptist scholars who prepare seminarians for the pastorate.

And even pastors with decades of experience, and who led churches in areas where traditional roles dominated, say they fostered friendships within their congregations for most or all of their careers.

But there are yet others who disregarded such questions and who set out determined to blur, if not abolish, most or all distinctions between leaders and members.

That describes Joshua Hearne, executive director of Third Chance Ministries and abbot at Grace and Main Fellowship, a Danville, Va.-based neighborhood ministry that reflects the new monasticism and hospitality movements.

Hearne said he and others in those movements generally draw no distinctions between pastoral and non-pastoral moments. The approach is inspired by the late Catholic monk Thomas Merton’s notion that a life is either completely spiritual or it isn’t spiritual at all.

Therefore a pastor cannot have any kind of clinical distance between himself or herself and those being ministered to, Hearne said.

“I don’t think [that barrier] can be maintained in a meaningful way,” he said. “We are saying those lines were always illusions in the first place.”

The ministry that flows from that approach also tends to minimize distinctions between clergy and laity, he said. It means getting directly into people’s lives and homes — and they into yours.

“You celebrate when they celebrate and mourn when they mourn and if you don’t know when that happens, then you’re not part of the neighborhood,” Hearne said.

These open, more vulnerable relationships result from taking a missional approach to building community — not from letting defined roles control friendships, he said.

“We talk a lot about hospitality and … in the practice of hospitality we need to create community space and space of deep connection and friendship,” Hearne said.

‘Make the right kinds of moves’

While that may be the fact for those in the emergent and other movements, a less-formal style of ministry is a must in an era marked by membership declines and efforts to woo Millennials, said Peter Rhea Jones Sr., professor of preaching and New Testament at Mercer University’s McAfee School of Theology.

Pastors “must be more personal” today, he said.

“In some settings where you have Millennials involved, the pastor may dress in blue jeans to preach — that already says something” on the issue of formality, Jones said. “That makes you more approachable and more human and more vulnerable.”

But the way a pastor practices that openness, or develops friendships within a congregation, can vary.

In much of the South, and in congregations made up of older members, some form of distance or formality may be preferred, Jones said.

But it also depends on other circumstances. A pastor with young children may be able to socialize and bond with members who have children in the same age range.

Baptist pastors may have more time to develop friendships within the congregation, Jones said, compared to clergy in other traditions who are frequently moved between churches.

Jones said he doesn’t teach students to avoid friendships in their future churches but conversations revolve around it.

The bottom line is “you need to make the right kinds of moves,” said Jones, who was pastor of First Baptist Church in Decatur, Ga., from 1979 to 2000.

“In my own experience, we have had friends in every place we have been,” he added.

‘It’s worth the time’

Ashlock, who was pastor of five Texas churches before becoming a seminary professor, said he always had friends at the church. But they understood that they did not have a monopoly on his time, and he frequently accepted dinner invitations from a variety of church families.

“When I did have people who were close, I told them there would be certain boundaries — that I would not talk about counseling matters, that I would not break a confidence or create a conflict of interest,” he said.

Ashlock added that he would never be critical of other members or staff when with his friends. He had ministry mentors and lifelong friends to whom he could turn to share his troubles.

“So I don’t feel I was unable to have close relationships in ministry and life,” Ashlock said.

As a result, he was able to grow closer to some through social settings and through ministry, including going on hospital and home visits together.

“It took time” to build those friendships, he said. “But it’s worth the time.”