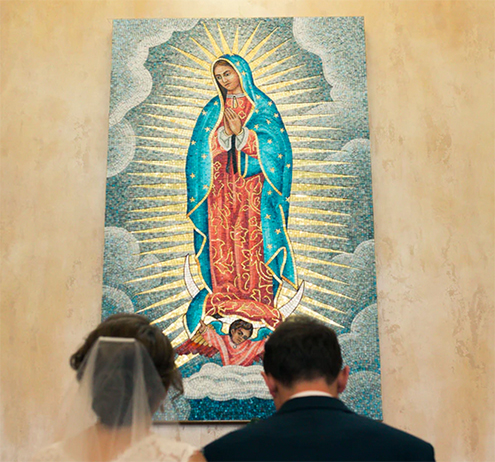 Clerical sex abuse has rocked the Catholic Church and left many Catholics feeling dismayed and angry, especially following allegations against Cardinal Theodore McCarrick that he sexually abused minors and adults, and the release of the Pennsylvania grand jury report.

From Atlanta to Buffalo (where the Vatican has now authorized its own investigation), Nebraska to New Mexico and all parts west, state attorneys general are bringing to light what has been kept in secret.

Amidst the effort to bring forth transparency and accountability on the part of Church authority comes By The Grace Of God, which opens in New York on October 18. It is a gripping, true story of three adult men, Alexandre (Melvil Poupaud), François (Denis Ménochet) and Emmanuel (Swann Arlaud), who banded together to expose the code of silence in the Catholic Church that continued to enable a priest who abused them as boys.

“I have watched many of the documentaries concerning the sex abuse crisis,” said Janet Smith, Ph.D., who holds the Father Michael McGivney Chair of Life Ethics at Sacred Heart Major Seminary in Detroit.

“‘By the Grace of God’ captures extremely well the experience of those who have been abused by priests, the impact on their families, the inadequate way the Church responds and how the predators’ view their own actions. The casting, acting and script are superb. This is the best feature film about the crisis since ‘Spotlight’ and deserves a wide viewing.”

Alexandre (Melvil Poupaud) lives in Lyon, a bastion of the French Catholic bourgeoisie, with his wife and four children. A fervent church-goer, he learns that Father Preynat (Bernard Verley), the priest who abused him when he was a Boy Scout, is still working with children.

He decides to take action, soon to be joined by two other victims of the priest, François (Denis Ménochet) and Emmanuel (Swann Arlaud). The three men will go to great lengths to denounce the perpetrator and the institution that has always protected him, a risky endeavor that will endanger the relationships with their loved ones, as well as compromise their own fragile selves.

The movie will be available at selected theaters throughout America.