Do We Need to Hold the Prophets to Account?
Rob Buckingham 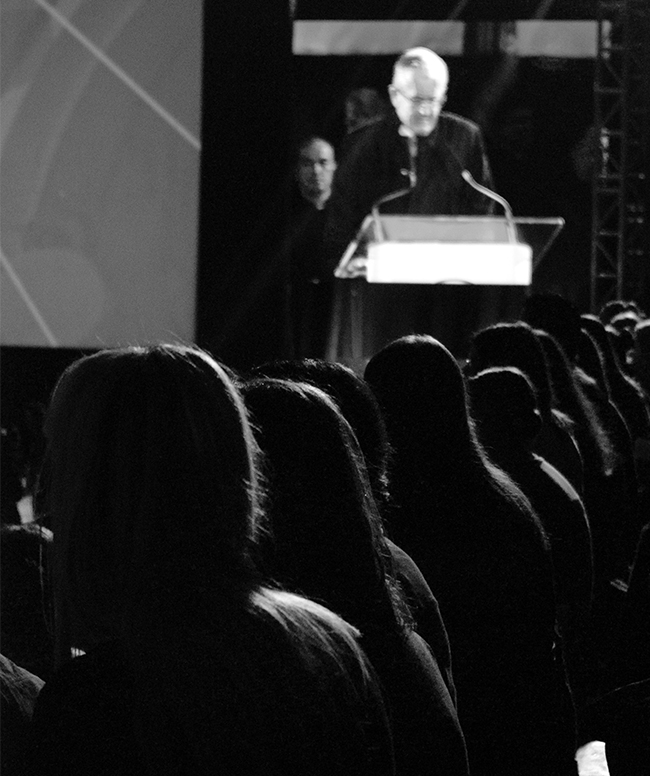 I’m stating up front that I believe in the gift of prophecy and the office of prophet. These gifts are given by the Holy Spirit, and they are active and necessary in the church today. Christie, my wife, flows in this gift and has trained many people at Bayside Church to do the same.

Related: Vegas pastor to Trump: ‘You will be the president again’

I am concerned however, with the misuse and abuse of the prophetic gift. I’ve seen a great deal online this year with prophets declaring the COVID19 pandemic will end quickly and Donald Trump will win a second term as America’s president.

I have enormous respect for Kris Vallotton from Bethel Church, who was quick to apologise on Facebook on Sunday. Kris had prophesied a second term for Donald Trump. When Joe Biden was declared to have won the election, Kris apologised. I respect his honesty and humility and posted a comment on his Facebook page saying so. Sadly, it appears Kris got a lot of flak from people for “apologising too soon” and has since deleted his apology. He has said he will reinstate the apology video “when the [vote] count is official.”

Will the other prophets who got it wrong apologise too? Maybe they will, but what we see already is the same old blustering we’ve become accustomed to when a modern-day “prophet” misses the mark (see article).  The execuses include “I was right about Donald Trump, but …

You’ll find a lot of so-called prophets leaving enough wriggle room in their “prophecies,” so they weren’t really wrong after all. And we see so many Christians gullibly go along with it instead of holding the prophets to account.

I watched the entire broadcast and found it fascinating that not one of these men foretold anything about the ONE thing that would define 2020 – a global pandemic. All of them gave some rather vague predictions. But, when asked who would win the 2020 election, they all declared Donald Trump would win a second term.

Not only did these men fail to predict the pandemic, but they also got some other things dead wrong. For example, in February this year at The Lord of Hosts Church in Omaha, Nebraska, Hank Kunneman declared that people would be quarantined from the virus by God’s mercy. God will “give life to this nation and I give mercy. Do not fear this virus says the Spirit of God.” (See Twitter).

Tracey Cooke, along with several other prophets, predicted that COVID19 would be over by Passover (April 8-16, 2020), “the blood of Jesus” would cause the “plague to pass over.” They were all wrong!

On March 16 this year, Jeremiah Johnson said he received a prophetic dream about President Donald Trump and the coronavirus, “I believe around the time of Passover, we’re going to see [the virus] really slow down.” Wrong again!

Here we are nine months later, and it’s obvious all these so-called “prophecies” are inaccurate. The USA has had over 240,000 COVID19 related deaths. At the time of writing, America is recording over 120,000 new cases each day. The third wave of COVID19 isn’t expected to peak in the US until January. We need to hold these prophets to account.

So, how do these prophets measure up to Scripture? Take a look at Deuteronomy 18:20-22 to find out: “How may we know the word that the Lord has NOT spoken?’— when a prophet speaks in the name of the Lord, if the word does NOT come to pass or come true, that is a word that the Lord has NOT spoken; the prophet has spoken it presumptuously” (Deuteronomy 18:20-22). The Hebrew scriptures pronounce the death penalty for false prophets. While the present-day church doesn’t condone stoning, we should certainly call to account prophets whose prophecies turn out to be wrong. But better still, the prophets should come clean quickly, and apologise. Probably the most accurate words spoken in the 2020 Prophetic Outlook were by Hank Kunneman, “Be careful who you believe and what you believe.”

The New Testament Gift of Prophecy

In Acts 11:28, a prophet “named Agabus stood up and through the Spirit predicted that a severe famine would spread over the entire Roman world. (This happened during the reign of Claudius).” As a result of this prophetic word, “The disciples, as each one was able, decided to provide help for the brothers and sisters living in Judea. This they did, sending their gift to the elders by Barnabas and Saul” (v29-30). In other words, the prophetic word put the church on the front foot of gathering aid for believers who would be affected by this crisis. This kind of warning was utterly absent from the 2020 Prophetic Outlook.

For the most part, the New Testament gift of prophecy is about imparting spiritual gifts and encouraging God’s people. Consider 1 Tim 1:18, “Timothy, my son, I give you this instruction in keeping with the prophecies once made about you, so that by following them, you may fight the good fight.” Timothy was a pastor leading the church at Ephesus at this time and he needed some encouragement.

Those with the gift of prophecy are to work with the other five-fold ministries in the church (apostle, evangelist, pastor and teacher) to help the church grow in maturity and stability. Paul says, “Then we will no longer be infants, tossed back and forth by the waves, and blown here and there by every wind of teaching and by the cunning and craftiness of men in their deceitful scheming” (Eph. 4:14).

Christians must test prophecies, and the above verse is a good benchmark. Does this word strengthen, encourage, or comfort the hearers?

Those who possess the gift of prophecy should evaluate what is said by others who exercise this gift (1 Cor. 14:29; 1 John 4:1). And so, a prophecy must be considered (judged, discerned) to determine if it is correct or not. Paul also gives sound advice about prophetic words, “Do not treat prophecies with contempt but test [examine, scrutinise, analyse] them all; hold on to what is good, reject every kind of evil” (1 Thess. 5:20-22).

Jesus warned his followers that “many false prophets will arise and lead many astray” (Matthew 24:11). Because of this, Christians must behave in a responsible, safe and mature manner.

If you hear or receive a prophetic word, humbly submit it to those who watch out for your souls (Hebrews 13:17). God has placed you in a local church for many reasons. One reason is to be protected by godly, discerning leadership. My purpose in writing this blog is for God’s people’s spiritual welfare and to call the prophets to account. Let’s hope some others will humbly apologise for getting it wrong.