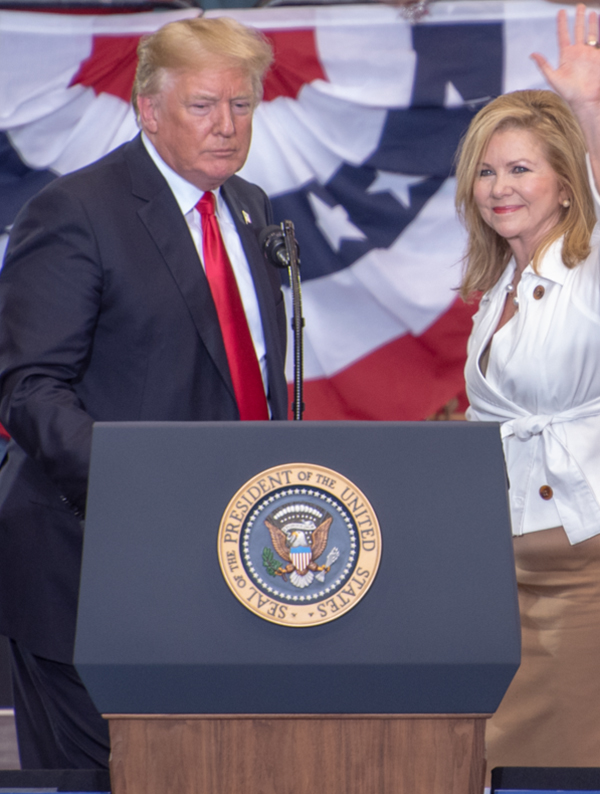 After being found not guilty of impeachment, US President Donald Trump has spoken at the annual National Prayer Breakfast in Washington DC.

The National Prayer Breakfast is a yearly event held in Washington DC, usually on the first Thursday in February. The founder of this event was Abraham Vereide. The event, which is actually a series of meetings, luncheons, and dinners, has taken place since 1953 and has been held at least since the 1980s at the Washington Hilton on Connecticut Avenue NW.

“It’s wonderful to be with the thousands of religious believers for the 68th annual National Prayer Breakfast,” Trump told the delegates. “I’ve been here from the first one, where I had the privilege of being asked. I’ve been with you for a long time before then.  And we’ve made tremendous progress. Tremendous progress. You know what we’ve done. I don’t think anybody has done more than all of us together during these last three years.  And it’s been my honor.

“But this morning, we come together as one nation, blessed to live in freedom and grateful to worship in peace.  As everybody knows, my family, our great country, and your President, have been put through a terrible ordeal by some very dishonest and corrupt people.

“They have done everything possible to destroy us, and by so doing, very badly hurt our nation.  They know what they are doing is wrong, but they put themselves far ahead of our great country.

“Joining us for this cherished tradition are a lot of friends in the audience. And many, really, have become friends. They are political leaders. They’ve become great friends. That’s all I get to meet anymore. That and the enemies and the allies.  And we have them all. We have allies. We have enemies. Sometimes the allies are enemies, but we just don’t know it.”

Trump went on to say that, “In everything we do, we are creating a culture that protects freedom, and that includes religious freedom.”

Whether this was the correct event to turn his speech into a politicization opportunity will be debated, however that was the angle he took, using the stage to criticize his detractors.

“Everyone here today is united by a shared conviction,” the president continued. “We know that our nation is stronger, our future is brighter, and our joy is greater when we turn to God and ask him to shed his grace on our lives.

“All of us here today reaffirm these timeless truths: Faith keeps us free. Prayer makes us strong. And God alone is the author of life and the giver of grace.

The National Prayer Breakfast, held in the Hilton’s International Ballroom, is typically attended by some 3,500 guests, including international invitees from over 100 countries. It is hosted by members of the United States Congress and is organized on their behalf by The Fellowship Foundation, a Christian organization.

It is designed to be a forum for the political, social and business elite to assemble and pray together. Since the inception of the National Prayer Breakfast, several U.S. states and cities and other countries have established their own annual prayer breakfast events.