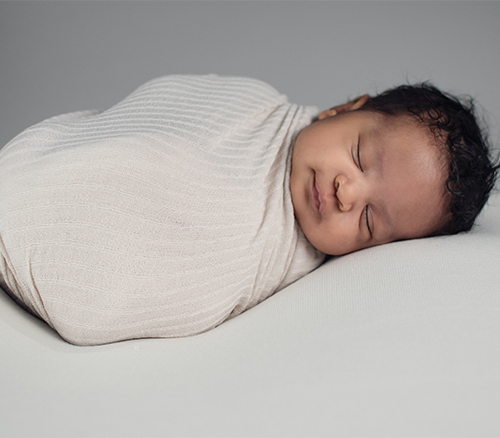 The plaintiffs, who are being represented by not-for-profit law form, the Thomas More Society, seek to vindicate rights for women and children affected by changes in New York law under the RHA. This class action represents the first time a New York abortion law is challenged for violating both women’s rights and the rights of children, including viable unborn children.

The complaint, among other things, asks the court to acknowledge First Amendment rights for women whose unborn children are killed by assailants, to clarify dangerous ambiguities in the RHA that impact women, and to affirm existing, but previously unrecognized, rights for near-term unborn children and children who survive abortion. Plaintiffs are represented by a team of attorneys serving as special counsel to the Women’s Alliance Against Violence, an initiative formed to challenge the RHA and other laws that increase violence against women and children.

The Women’s Alliance Against Violence is an initiative of the Thomas More Society, created to challenge State laws that escalate violence against women and children, including children in utero.

In January 2019, New York enacted the RHA. This controversial law introduced a number of changes to New York law, including ones that, according to the Women’s Alliance Against Violence, harm children and incentivize domestic and intimate partner violence against pregnant women.

The changes include a new definition of “person” under New York criminal law. New York now excludes all unborn children, including viable unborn children – or fetuses capable of surviving outside the womb, with or without medical intervention – from the legal definition of “persons” who can be victims of homicide. This change alters nearly two hundred years of New York criminal law, according to the suit.

“This new definition is devastating,” states Christen E. Civiletto, one of the attorneys filing the federal action. Civiletto, an experienced litigator who handles complex federal and state court lawsuits, explains that “because a criminal assailant can no longer be separately charged for the death of an unborn child, the RHA escalates the threat of harm to women and unborn children and incentivizes deadly violence against women”.

“New York has stripped women and their families of their ability to pursue justice for those deaths,” adds Civiletto. “That’s outrageous. In fact, it is contrary to the stated policy of the RHA itself: to affirm the ‘fundamental right [of women] to choose to carry the pregnancy to term, to give birth to a child.’”

According to the most recent data published by New York State’s Division of Criminal Justice Services, domestic violence against women in New York has increased. News reports also reveal multiple lethal attacks against pregnant women in New York since the RHA’s passage, states the complaint, with the latest having been recorded on surveillance video.

“Violence against women and girls, including pregnancy violence, is a human rights violation of epic proportions. We should be enacting, rather than repealing or amending, laws created to deter violence and save human lives. How can we speak of progressivism and feminist ideals yet turn a blind eye to laws that escalate violence against women in the name of ‘choice’?,” challenges attorney Michele Sterlace, Executive Director of Feminists Choosing Life of New York. Sterlace, who holds an advanced law degree from the Straus Institute at Pepperdine University School of Law, also serves as counsel to the Women’s Alliance Against Violence.

“How can we speak of progressivism and feminist ideals yet turn a blind eye to laws that escalate violence against women in the name of ‘choice’?,” said attorney Michele Sterlace, Executive Director of Feminists Choosing Life of New York.

“The RHA represents a willful and tragic exaggeration of abortion rights,” says attorney Teresa S. Collett. Collett, a professor at St. Thomas University Law School and renowned lecturer on human rights and abortion, has represented numerous clients in abortion cases in state and federal courts, as well as internationally. She serves as counsel for plaintiffs, along with Civiletto. Collett notes, “The new law converted a woman’s liberty interest in terminating her pre-viable pregnancy into a novel right to kill near-term unborn children and inexplicably extended this right to criminal assailants.” Civiletto agrees, “The RHA unconstitutionally authorizes the killing of near-term children in utero based on a ‘right’ that finds no warrant in Roe v. Wade.”

“People believe that women’s reproductive rights and the recognition of rights for near-term children are mutually exclusive. They are not,” Collett adds.

The plaintiffs assert additional constitutional problems with the RHA. It permits the killing of viable fetuses for any reason up to 24 weeks of pregnancy, or at any time thereafter when a healthcare practitioner considers the abortion necessary to protect a woman’s life or “health.” “Health” is not defined. It has been interpreted, however, to include all factors – physical, emotional, psychological, familial, and the woman’s age – relevant to the well-being of the patient. To the extent the RHA permits post-viable terminations based on factors other than a substantial threat to the mother’s health, the plaintiffs charge, it violates existing but unrecognized rights of viable unborn children.

“People believe that women’s reproductive rights and the recognition of rights for near-term children are mutually exclusive. They are not,” said Teresa Collett, a professor at St. Thomas University Law School and renowned lecturer on human rights and abortion.

“These vague terms in New York’s Reproductive Health Act leave women and their babies unprotected in dangerous ways,” explains Collett. “The law now allows almost ‘any healthcare practitioner’ to perform abortions, including surgical third trimester abortions. Who is a ‘healthcare practitioner’?” continues Collett. “The language of the RHA provides little guidance beyond a reference to ‘scope of practice,’ which simply does not answer the question.”

“There are numerous cases where women have died or been injured during abortions performed by unqualified and untrained clinic staff,” states Catherine Glenn Foster, a leading human rights attorney and counsel to the Women’s Alliance Against Violence. She adds, “National studies of abortion facility conditions reveal hundreds of significant violations of state laws regulating abortion facilities, with many reports of abortions performed by people with almost no medical training.”