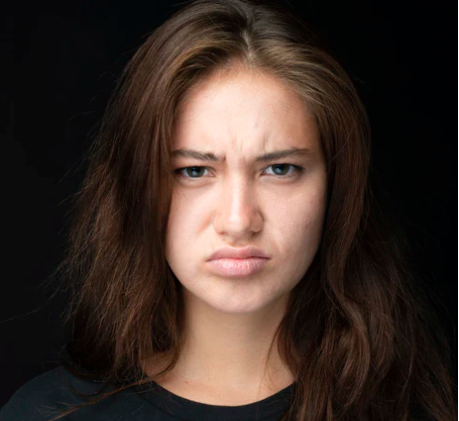 We now have an entire generation of offended snowflakes:

Taking offense – especially when none was intended – has always been a problem. It was happening at least 2000 years ago – we have examples of this found in the gospels. Sadly the most inoffensive man on earth was nonetheless causing offense. It was not because Jesus was offensive as such, but because folks did not like what he had to say.

And when Jesus had finished these parables, he went away from there, and coming to his hometown he taught them in their synagogue, so that they were astonished, and said, “Where did this man get this wisdom and these mighty works? Is not this the carpenter’s son? Is not his mother called Mary? And are not his brothers James and Joseph and Simon and Judas? And are not all his sisters with us? Where then did this man get all these things?” And they took offense at him. But Jesus said to them, “A prophet is not without honor except in his hometown and in his own household.” And he did not do many mighty works there, because of their unbelief.

But if taking offense has long been with us, there is no question that it has become an art-form today. We now have millions of people who seem to be perpetually offended, and entire industries have sprung up to cater for the ever-offended. Today the offense industry is just as real as a nation’s defense industry.

We have an entire generation of offended snowflakes who wilt at the slightest bit of truth they happen to be exposed to. The examples of this are endless:

You get the picture. There is no limit to the number of things people are being offended at today. And the cancel culture that goes with it is scary stuff indeed. Simply feeling offended is enough to shut down speakers, meetings, classes, schools, institutions and businesses. Today it is not enough to just feel offended: the one who ‘caused’ the offense must be punished.

Indeed, all over Australia and the West we have various vilification laws and the like being passed which mean you will be prosecuted by the state if you have caused offense to any number of minority groups. If they simply feel bad or embarrassed or hurt, that can be enough to see the ‘offender’ being charged and punished.

And one of the main problems with all this is that most people CHOOSE to be offended. Instead of simply recognizing that in any society there will always be differences, including differences of opinion, and learning to live with it, these forever-offended types seem to go out of their way to be offended, and to find offenders.

Many have spoken to this, and Australian writer Anthony Dillon stated it very well some eight years ago in a piece titled, “Choosing to Be Offended”. It is again worth reading and quoting from. He begins:

Our right to express opinions, question the motives of others, or simply express disapproval, has copped a hammering in recent times. Australians are being gagged. Saying the “wrong” (that is, unpopular) thing has got some people into trouble and silenced many others. Many, like myself, when wanting to express a concern because we feel something isn’t quite right, sometimes decide it just isn’t worth it. All it takes is for one person to say “You’ve offended me”, and any reasonable discussion shuts down. You are likely to be accused of being racist, uncaring, and the rest, or even end up in court. People are increasingly being monitored in what they can say or do because of the concern that their words or actions will offend others. It would seem that being offended places one in a position of power.

The increased controlling and monitoring of what people can say and do is apparently done with the intention of protecting vulnerable groups and individuals. Protecting the vulnerable from harm is admirable. However, much of what is considered harm (hurt feelings, for example) is laughable. And for those incidents where an element of racism is concerned, there are better ways of dealing with it that are more empowering for the target of racist comments than the current popular strategy of convincing people from minority groups that they are so fragile they need special protection.

“Although on the surface it may appear that words, opinions and events directly cause people to be offended, I intend to challenge this popular belief. I will show that being “offended” is simply a learnt response that serves the short-term interests of the “offended”, but comes at a long-term cost. Further, I will argue that people do not have to be offended. They have a choice, but being offended is often the easier and more pleasing choice to take.

“Perhaps the best counter-evidence against the popular belief that the words or actions of others cause offense, is that there are many people who are simply not offended by such words or actions. Two people can sit and watch the same movie and one can complain that it is offensive, while the other can say it was thoroughly entertaining. The movie itself is not offensive, but individuals can make it offensive to themselves; the movie is simply a trigger.

“People who are not offended see the supposedly offending events for what they really are, and therefore have no need to feel threatened by those events. Others are quick to take offense and believe that the offence has been caused by the “offending” person or event. Such a person is saying that others have more control over his emotional well-being than he has himself.”

“On the wall of an office I used to occupy was a sign that read: “Offense is never given. It is only ever taken. And when it is offered and graciously refused, any offense intended returns to the one who offered it.” As a part-Aboriginal Australian who has often been referred to as a “coconut” (brown on the outside but …), this advice has kept a smile in my face over the years. It has always been my intention that my fellow Australians (both Aboriginal and non-Aboriginal) can keep the smiles on their faces and not be dependent on others for their happiness and emotional well-being. To make others responsible for your happiness and well-being is disempowering. And let’s not forget who the most disempowered group of people in Australia are.

For those who remain unconvinced that we do have a choice in how we respond to the actions of others, or feel it is just too hard, consider the experience and wisdom of Victor Frankl. He was a prisoner in the Nazi death camps who had the following insight based on his experiences:

“Everything can be taken from a man but one thing: the last of the human freedoms—to choose one’s attitude in any given set of circumstances.”

In the freedom-of-speech debate, let’s not be foolish and let being offended prevent necessary discussions from taking place. Silencing people will imprison us all. Instead, let’s promote alternative ways of understanding and responding to obnoxious behavior. quadrant.org.au/magazine/2013/03/choosing-to-be-offended/

Yes quite right. The offense industry is alive and well here and in the West. It will only get worse unless we realize that most of what offends us is simply that which we have chosen to be offended by. It is time to grow up and act like adults. Being forever offended is clearly a sign of immaturity and enslavement to feelings.