In a world where anything goes, the problem with relativism
Kevin Simington 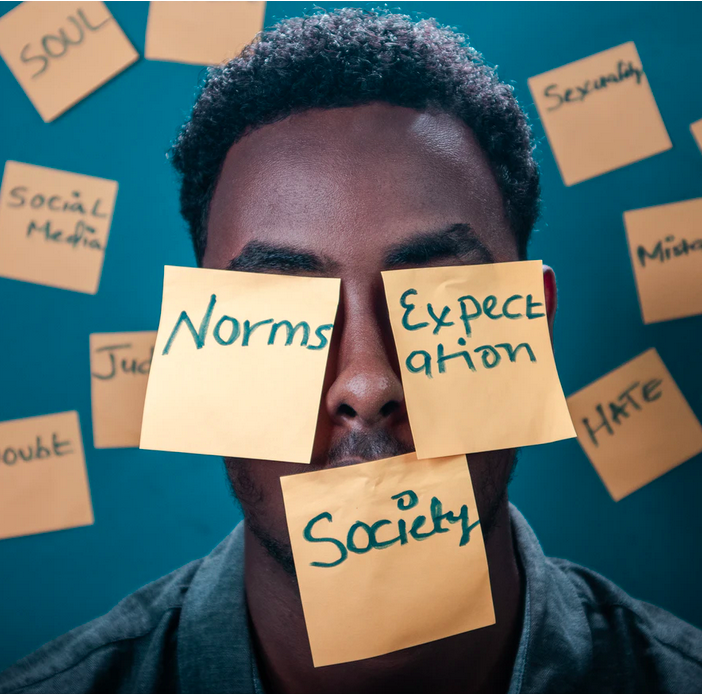 One of the fundamental problems facing society today is that we have lost all concept of sin. Ahh … but there’s that horrible little word: ‘sin”. It’s not a very popular concept anymore, is it? In fact, our modern world seems to have completely rejected the concept, and anyone who still uses the term is viewed as a narrow-minded fundamentalist. The problem with the term, ‘sin’, for most people, is that it infers the existence of a law-giving god or deity to whom we are ultimately accountable.

But when society discards the concept of a god, it also discards the concept of sin, because when there is no transcendent source for defining belief and morality, the concept of absolutes becomes meaningless. Everything becomes subjective. When there is no longer a universal, transcendent standard of absolute right and wrong, morals and beliefs degenerate into varying individual preferences and tastes. When you toss God on the junk heap of outdated ideas, you lose all basis for establishing a universal set of standards.

Related: The offense of the Gospel

Let me give you an illustration. Suppose you lived on an isolated island whose small community had never seen a tape measure or a ruler.  The population had grown up with books that mentioned various units of measurement like inches and centimetres, but no one had ever seen anything to indicate the exact size of these units of measurement. People speculated as to how tall they all were, and often disagreed with each other about their relative heights, but without an objective means of accurately measuring height, they were only guessing. Then, one day, a tape measure washes up on the shore. Now they have an objective means of assessing their height. It is no longer a matter of debate or opinion. It is no longer one person’s opinion versus another’s. There is now an external, authoritative, objective ruler against which all former measurements and guesses can be compared. Measurement is no longer a matter of subjective opinion; it is now a matter of objective truth.

The same applies to moral values. Objective moral values can logically only exist if there is some absolute set of standards that exist APART FROM the subjective opinions of mankind, against which our various opinions can be measured and compared. Objective moral values are only possible if there is an external, transcendent set of absolute standards which can provide an inarguable, unchangeable ‘measuring tape’ for assessing human behaviour and attitudes. Without such an external, transcendent set of standards, morality becomes relative; a matter of personal opinion or, at best, group consensus.

The concept that moral standards are simply a matter of personal or group opinion is referred to as subjectivism or relativism. Indeed, relativism is the ultimate, logical extension of atheism. If God does not exist, then we can decide for ourselves what we will consider to be right and wrong. There is no one to tell us what to do, so we can make up our own rules and values.

This, of course, is precisely the direction in which our society has been heading during the last few decades as we have gradually abandoned our previous Judeo-Christian roots and embraced secularism (a society divorced from religion). Relativism is now the predominant moral philosophy in our ‘sophisticated’ secular world: a philosophy which proclaims that there are no absolutes, that all values are valid and no one has the right to judge or criticise another person’s values. In removing God from our foundation, we have thrown away our objective measuring tape and now, it appears, almost anything goes.

Some atheist will try to argue that it is still possible to have objective moral values without God. They will argue that things like murder and rape are objectively wrong and we don’t need God in order to perceive that. But they are missing the point! I agree that murder and rape are objectively wrong, but only because horrible actions such as that go against the commandments and the very nature of our Holy God. But if atheists deny the existence of God, there is no longer any solid basis for objective morality, there is only the shifting sands of personal and public opinion.

Atheists will persist in their argument, claiming that objective standards can be ascertained via majority opinion or public consensus. But this is not a solid basis for any moral values, because the majority of people can be wrong. The majority of Nazis in Germany in the 1940s decided it was a good idea to exterminate millions of Jews and other minority groups. If objective values are determined by majority vote, then we are in big trouble, because the majority often get it horribly wrong!

But we haven’t plumbed the depths of this issue yet. Let me go even further down a very dark path. If there is no God, then even murder and rape cannot be said to be wrong in an absolute, objective sense. The murderer or rapist is certainly going against the majority opinion by his actions; he is breaking a moral code that the vast majority have agreed upon. But on what basis can we objectively say that, even in these cases, the majority is right? The murderer or rapist can simply say, “I disagree with your moral standards.

You can’t force your standards upon me.” We can lock up the rapist or murderer and throw away the key, we can condemn him for breaking a popularly voted moral code, but without an absolute, external measuring tape there is really no logical basis for claiming that murder or rape are OBJECTIVELY wrong. It is just the murderer’s or rapist’s opinion against ours. Without a Holy, law-giving God, there is no ultimate accountability and no absolute moral code, and we are all left shuffling around in moral darkness.

Jeffrey Dahmer was one of the world’s most infamous killers. He ate his victims and stored parts of them in his freezer. He was caught, convicted and imprisoned, where he was eventually murdered by another prisoner. Before his death, however, he was interviewed on the American TV program, NBC Dateline, and was asked why he did such terrible things. He stated,

“If a person doesn’t think that there’s a God to be accountable to, then what’s the point of trying to modify your behaviour in order to keep within acceptable ranges. That’s how I thought anyway. I always believed in the theory of evolution – that we all just came from slime and when we die, you know, that was it, there’s nothing.”

Amazingly, before he was murdered in prison, Jeffrey Dahmer was genuinely converted to Christ. On the Dateline program he said,

“I have since come to believe that the Lord Jesus Christ is truly God and that I, along with everyone else, will one day be fully accountable to Him.”

What is particularly striking about Dahmer’s confession is the correlation he made between his disbelief in God and the perceived absence of objective moral values. And in one sense, he was absolutely correct; if there is no God, there are no absolute, objective moral values. This is the ultimate extension of atheism, but very few atheists truly perceive this truth. The only way objective values can exist is if there is a God who has set in place standards which exist above and beyond mankind’s shifting opinions.

Some atheists DO finally reach this conclusion. Richard Dawkins, the outspoken atheist and evolutionist, once admitted,

“Without God, there is no evil and no good: nothing but blind, pitiless indifference.”

Similarly, Fyodor Dostoyevski, the Russian novelist and philosopher had one of his characters declare:

“If there is no God, everything is permissible.”

These scholars have perceived a truth that few people fully grasp: without God, objective values simply cannot exist. When we toss God on the junk heap, we lose our moral compass and anything goes. And that is precisely what is now happening in our crazy, mixed up world.