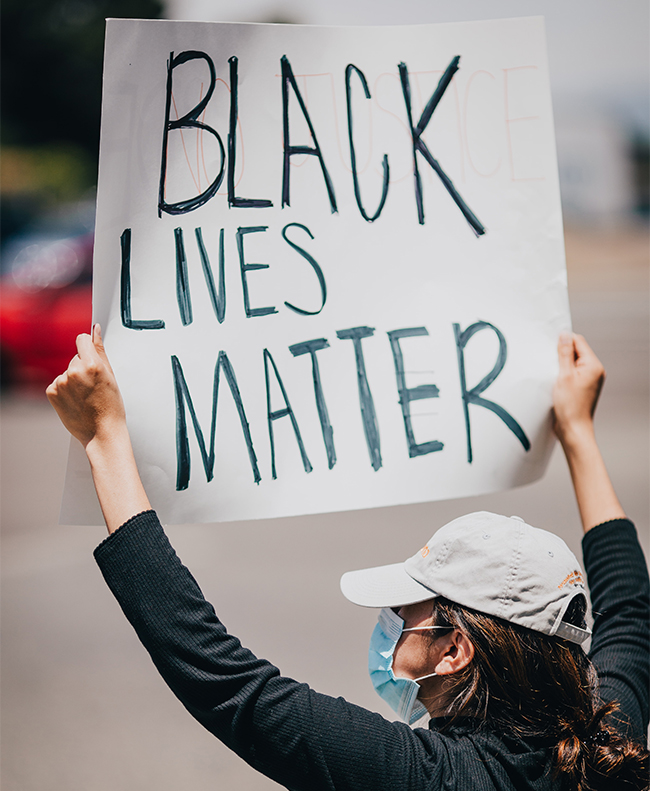 I’ve seen a few people lately link Black Lives Matter to Marxism. Some of the statements are from pastors, others from Christian ministries. The latest one was posted two days ago by the leader of an Australian Christian organisation.

What concerns me is not just the mixture of truth with error, but also the gullibility of Christian people who “like” or “love” the post, comment in support (1.4k comments), and share it with others (1.5k shares).

I didn’t read all the comments, but the vast majority seemed to agree with the author’s words: You are so right, I absolutely agree with you, you have a gift of being able to articulate these things so well. Yes, he is articulate, and also sometimes, he is just plain wrong.

I articulated my thoughts in a response on his Facebook page, “There is so much truth in your statement ~ about Marxism and the Gospel of Jesus, but your premise that “Black Lives Matter… are a Marxist movement” is incorrect. Sadly, your suggestion buys into one of the many conspiracy theories doing the rounds at present. BLM is not a Marxist movement. It is a movement that encompasses many people, no doubt some of them Marxist. A few years ago, my eldest daughter and I attended the March for Refugees in the city (Melbourne). At the March there were all sorts of people handing out leaflets/papers including Marxist propaganda. People’s opportunism doesn’t mean the March was Marxist. No doubt there will be all sorts of people hitching their wagons to BLM at this time, but that shouldn’t blind us to the facts. People of colour experience all sorts of prejudice that white men, like you and me, never experience. As the leader of a Christian organisation it would be wonderful if you made statements of unity (as you have above) without linking them to something inherently divisive.”

One of the many conspiracy theories doing the rounds at present is that Black Lives Matter is a Marxist movement. This conspiracy is propagated by outlets like Breitbart News and Nigel Farage, who said, “The organisation BLM is a far-left Marxist organisation whose chief aim is to de-fund and close down police forces.” Neither Breitbart nor Farage offers a credible source to back their belief.

And while I’m in the mood for debunking conspiracy theories, I’ll mention a few others:

The address to the White House changed from 1600 Pennsylvania Avenue to 1600 Black Lives Matter Plaza. FALSE

Starbucks is offering free Frappuccino drinks to anyone who shouted “Black Lives Matter” inside their cafes. FALSE

Viral tweets with thousands of shares suggest that Russia was involved in George Floyd’s death as part of a military operation or an elaborate plot. FALSE

Some influential right-wing figures have claimed that George Soros, the Hungarian-American billionaire, is funding the demonstrations. FALSE

Several hundred new Twitter accounts and thousands of new tweets representing a surge in inauthentic social media activity have sprung up around the Black Lives Matter.

There’s no doubt that some people associated with Black Lives Matter have acted unwisely in the past, but that doesn’t warrant writing off the entire organisation.

If you look at the BLM statement of beliefs, there is absolutely nothing about Marxism. BLM is a movement that began out of injustice towards African Americans.

It exists to promote a democracy that is more representative of black communities in America. That sounds like a goal in line with the Good News of the Christian Gospel, where “there is neither Jew nor Gentile, neither slave nor free, nor is there male and female, for you are all one in Christ Jesus“ (Galatians 3:28)

In the meantime, can I encourage you to discern truth from error?

Always check the source.
Take everything you see on social media with a pinch of salt
Rely on reputable news sources
Check everything out BEFORE you share/like/comment