Is God A Woman?
Kevin Simington 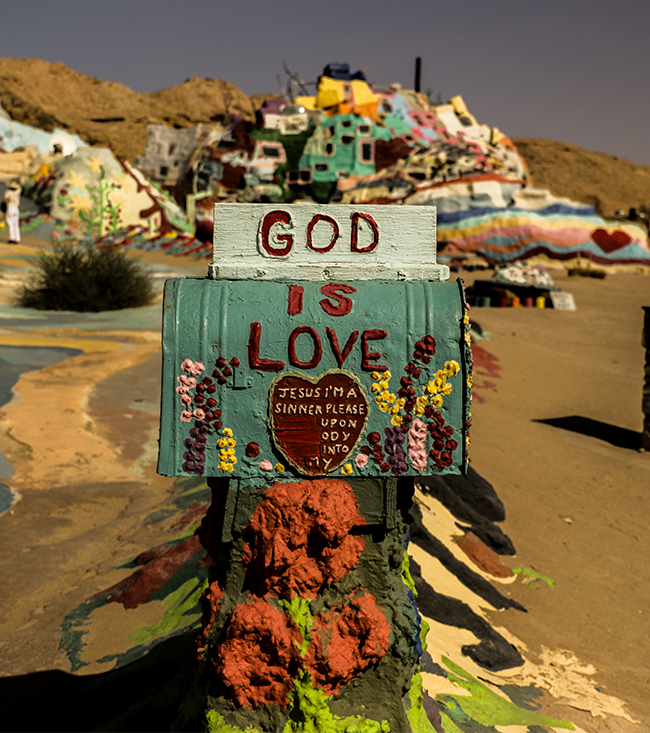 The leaders of the Episcopal Church are currently debating whether they should change the denomination’s Book of Common Prayer to refer to God as neither male nor female, but as a creator without a clearly defined sex. One of the resolutions being debated calls on the Episcopal Church, the American descendant of the Church of England, to make immediate changes to the prayer book. The resolution calls for the removal of all masculine references to God, instead referring to him in gender-neutral terms.  Speaking in defence of the resolution, one female clergy, Rev Wil Gafney, stated:

“As long as ‘men’ and ‘God’ are in the same category, our work toward equity will just be incomplete.”

The reverend went on to admit that she often replaces biblical references to “King” with nouns like “Creator” or “Ruler” when she’s preaching, and often swaps “He” with “She” in her sermons.

Defenders of the resolution refer to the scriptural reference to God’s feminine nature in Isaiah 66:13, which states,

“As a mother comforts her child, so will I (God) comfort you.”

How do I respond to this?

Well, for starters, God is never referred to as a “mother” in the Bible. Isaiah 66:13 is a metaphor, not a definitive descriptor.

Furthermore, EVERY biblical descriptor of God is male. For example, when Jesus taught his disciples to pray, he instructed them, “When you pray, say, ‘Our Father in heaven, hallowed be your name.’” (Luke 11:1-4). Then in 1 Corinthians 8:6, the apostle Paul wrote, “For us, there is but one God, the Father, from whom all things came and for whom we live.”

Thirdly, EVERY personal pronoun for God in the Bible is masculine: he and him.

Of course, this does not mean that God is a male in a sexual sense. God is a transdimensional being who created the whole universe and who exists above and beyond its physical and temporal constraints. The extraordinary variety of the biblical recordings of theophanies (physical manifestations of God in human history) are testament to this. Over the course of human history God has appeared to various people as a gentle wind, a burning bush, a pillar of cloud, a pillar of fire, a thunder cloud on top of Mount Sinai, a man who wrestled with Jacob and three men who visited Abraham.

Which of these theophanies represent God as he truly is? None of them! Because Jesus clearly stated that “God is Spirit” (John 4:24). In other words, God is not a physical being and, as such, cannot be limited to a physical form. A physical being is limited to both space and time, and God is neither. He is eternal and omnipresent (“Where can I flee from your presence?” Psalm 139). He is incorporeal (without a body) and his theophanies must, therefore, be interpreted as merely convenient temporary physical manifestations that allowed God to interact with humans tangibly. And even as he was interacting with humans in these physical manifestations, he was simultaneously present throughout every inch and centimetre of the universe. As he spoke with Moses from the burning bush, he was also fully present on the moons of Jupiter, in the heart of our sun, in the black hole at the centre of our galaxy, in the kaleidoscopic beauty of the Andromeda Galaxy and in every molecule of the seemingly infinite universe. God is fully present everywhere all the time. He is omnipresent. Indeed, it is God’s intimate and abiding presence in every molecule of the universe, that continually sustains and upholds it – that keeps the laws of science and the associated universal constants operating within their precise parameters and keeps the universe from flying apart and dissolving into chaos. “In him all things hold together” (Colossians 1:17).

This is the big picture of God that we must have in any discussion of his nature. God is not a physical being with either male dangly bits or female wobbly bits!

So, why does the Bible consistently refer to God with male personal pronouns and descriptors?

Part of the reason may well be the male dominated cultures that existed over the period when the Bible was being written. God’s choice of male pronouns and descriptors for himself in his dealings with ancient people would certainly have been helpful and appropriate in establishing his authority. This is the line of reasoning that liberal theologians push, arguing that in a modern, liberated society such as ours, it is more appropriate to use both male and female descriptors for God.

But I suspect there is more to the “maleness” of God in the Bible than mere cultural relevance. As I read the scriptures, the distinct characteristics and clearly delineated roles that God has assigned to the two genders (yes, the Bible teaches that there are only two!) seem to transcend mere cultural conventions. They appear to have a profound theological basis that find their origin in the creation narrative itself, predating the advent of cultural norms and gender bias. The teaching of male headship in the New Testament – an unpopular doctrine in many circles today – does not appeal to cultural norms for its basis, but to theological distinctives set in place from the beginning of creation. And Paul’s discussion of this doctrine in Ephesians, links this male headship to the headship of God over the church and, by inference, over all mankind.

There does appear to be a very deliberate affirmation throughout the entire discourse of scripture of the essential “maleness” of God – not in a physical sense, but in a spiritual one.

It is significant that Jesus, who was radically counter-cultural in his affirmation of women and his inclusion of women in his team of followers – actions which would have evoked the ire of the gender-biased religious leaders of his time – never once referred to God as anything other than male. In fact, he specifically taught his followers to refer to God as “Father”.

So, I oppose any attempts to feminise God or make him gender neutral. The current push to make God gender neutral arises more from a feminist antithesis towards men than from any serious exegesis of scripture. This was virtually admitted recently by Episcopal proponents of the gender-neutralising of God, who argued that in the light of the recent “me too” movement, the calling out of male sexual abuse of women, it would seem much more appropriate to make God gender neutral.

To them I would say: by all means hold men to account for their sexual abuse. Call out gender bias. Bring to light gender inequality where it exists and seek to eradicate unfair treatment of woman.

But don’t change God’s personal pronouns and descriptors just because you’re ticked off with men.

Kevin Simington (B.Th. Dip. Min.) is a theologian, apologist and social commentator. He spent 31 years in Christian ministry as a church pastor and a Christian educator. He is the author of Finding God When He Seems to be Hiding; No More Monkey Business: Evolution in Crisis; and Making Sense of the Bible. He has also written a best-selling series of science fiction books.