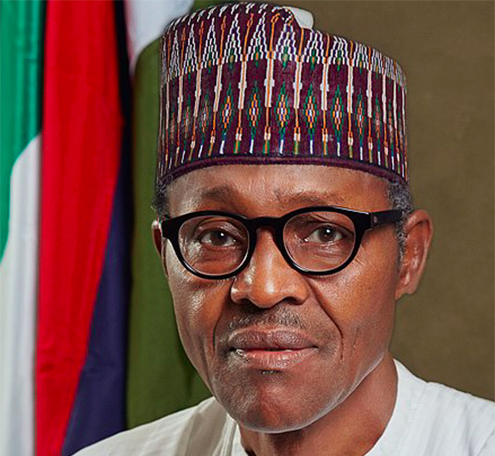 More than 200 Muslim Fulani herdsmen have attacked predominantly Christian villages in southern Kaduna state, Nigeria since Jan. 6, killing at least 35 people and kidnapping 58 others, including a mother and her 6-month-old baby, sources said.

Morning Star News reports that armed with AK-47s, the herdsmen on motorcycles rampaged through 10 predominantly Christian villages in Chikun and Brinin Gwari counties, Christian leaders said. Traumatized people displaced by the violence, dispossessed of their farmlands and homeless, later received calls demanding thousands of dollars in ransom for the release of their relatives, they said.

“The herdsmen, or ‘bandits’ as they now call them, began their attacks on our communities on Monday, Jan. 6, killing, maiming and kidnapping members of our families without restraint by security agencies or the military,” pastor Habila Madama, a Christian leader in the affected areas, told Morning Star News. “The herdsmen have destroyed our farmlands and left us with nothing. These Muslim Fulani herdsmen will usually come with their cattle, forcefully take over our farms, and destroy crops ready for harvests.”

He appealed to Nigerian President Muhammadu Buhari, pictured above, and the Kaduna state government to take steps to end the violence.

“As it is now, we don’t know where to go, what to feed on, or where do we get clothes to wear, especially for our children – and worst of all, where to lay our heads,” Pastor Madama said.

The assailants have called relatives of the 58 kidnapped people demanding 10 million naira (US$27,440) in ransom, said Jonathan Asake, president of the Southern Kaduna Peoples’ Union (SOKAPU) at a press conference at a refugee camp at Ungwar Beji, in Gonin Gora area of Chikun County.

“About 35 people have been killed by the herdsmen, while about 58 persons have also been abducted,” Asake said, noting that there are missing people still unaccounted for. “As you can see from the way these people are, they are seriously traumatized and need immediate assistance to be able to hold on. We have been told that the bandits have destroyed all the farm products of the victims and also destroyed their houses, leaving them with nothing to call their own.”

Asake said he has been told that about 8,000 people displaced by the attacks have arrived in Buruku with nothing in their possession, and that 200 people with no food, bedding or clothing had gathered at the Ungwar Beji camp.

“Worst of all, most of the children are sick,” he said. “This calls for concern on all people of good will to come to their aid in any kind in order to give them hope of survival before steps could be taken on the area of their education.”

On Jan. 6 in Kasso, Chikun County, the terrorists killed Eli Sule, a 35-year-old father of five children, and kidnapped a nursing mother, Ladi Yusuf, according to a press statement on Saturday (Jan. 11) from Luka Binniyat, spokesman for the SOKAPU.

“Ladi Yusuf, a nursing mother, was abducted with her 6-month-old baby,” Binniyat said. “This morning [Jan. 11], Yusuf Sule received a call from the kidnappers. They used the phone of his kidnapped brother, Bulus Sule, and called him. The kidnappers are asking for the ransom of 5 million naira.

“The brother told him that they are not in a good condition, and that the 6-month-old baby is critically sick because of the kind of condition they are being held captive in. Yusuf and the community have no means of raising that money after the bandits looted the little they had gathered, including two motorcycles Yusuf Sule owned.”

Binniyat said Danjuma Bulus, a 30-year-old father of four children, and Istifanus Auta, a 31-year-old father of three, were also killed in the attack. Bulus Sule was kidnapped along with his wife, Rebecca Sule, he said, and Yusuf Sule’s son, Irmiya Yusuf, was being treated at a medical clinic for gunshot wounds.

In Chikun County, the villages of Kuduru, Tawali, Unguwan Madaki and Katarma were attacked for five days by more than 200 herdsmen riding motorcycles and armed with AK-47s, Binniyat said.

“Information available to us has it that in Tawali village, six persons were kidnapped, and nothing has been heard of them ever since,” he said. “The ECWA [Evangelical Church of West Africa] church in the village was not spared as it was burnt down completely. Also, a young lad, by name Ezra Bala, 16, who is a student of Government College, Kwoi, was shot dead in Kuduru village during the attack.”

The gunmen on Jan. 8 attacked the Good Shepherd Major Catholic Seminary in Buwaya, kidnapping four seminarians, he said. In an attack on Badna, Guruku Ward of Chikun County, 40 people were kidnapped, including a Baptist pastor, the Rev. Samaila Yusuf, he said. Assailants also looted Rumana Gbagyi and Rumana Hausa villages, carting away livestock and other valuables, he said.

In Guruku Ward, Bademi community was ransacked and looted as the assailants killed Idi Halidu and kidnapped two other people, Binniyat said. In Unguwan Buji, they killed a person identified as Sani Buji, he said.

“In a display of brazen impunity, they kidnapped 15 people and vanished into the bushes with them,” he said. “In nearby Maloma community, the invaders robbed and ransacked the village and burnt a large quantity of rice and other grains before disappearing into the unknown. All these happened in a span of four days without any response from any security agency.”

The attacks that began Jan. 6 marked a new high in casualties following earlier attacks, rights leaders said. On Dec. 16, in Chidunu village near Maraban Rido in Chikun County, the attackers killed 40-year-old Raphael Ayuba, who was married with five children, Binniyat said. Also killed were Habila Auta, 40, who left behind a wife and two children, and Buhari Abubakar, a 41-year-old father of four.

“From available information, the armed men went from house to house killing and maiming these hapless victims with no help coming from anywhere,” Binniyat said. “The spate of killings, kidnapping, arson, looting, raping and amounts paid in ransoms to these terrorists by our communities is traumatizing and impoverishing our people on a daily basis, making them susceptible to hunger and disease.”

The Kaduna state chapter of the Christian Association of Nigeria (CAN) estimates that Christians have paid about 400 million naira (nearly US$1.1 million) to kidnappers as of Jan. 11, Binniyat said.

“We are shocked with the way that the federal government and the government of Kaduna state seem to be overwhelmed by these cruel crimes. These defenseless victims and the affected communities are left to their own fate, in the hands of these blood thirsty militiamen,” he said. “It is sad that the same communities who are victims of these mass murders, kidnappings, arsons, lootings, rapings and other mindless evils are forced to pay their assailants huge sums to gain their freedom or that of their loved ones.”

The attackers use the ransom money to purchase more arms and enlarge their operations against the next community, he said.

“We fear that with the unchecked boldness that these heinous crimes against humanity are spreading, there is a systematic plan to wipe out our communities and take over our lands,” Binniyat said.

Those wishing to help the displaced are urged to contact the Christian Association of Nigeria (info@christianassociationofnigeria.com), the Southern Kaduna People’s Union (Asakejonathan@yahoo.com), and the Stefanos Foundation (stefanosfdn@yahoo.co.uk)

Nigeria ranked 12th on Open Doors’ 2020 World Watch List of countries where Christians suffer the most persecution but second in the number of Christians killed for their faith, behind Pakistan.