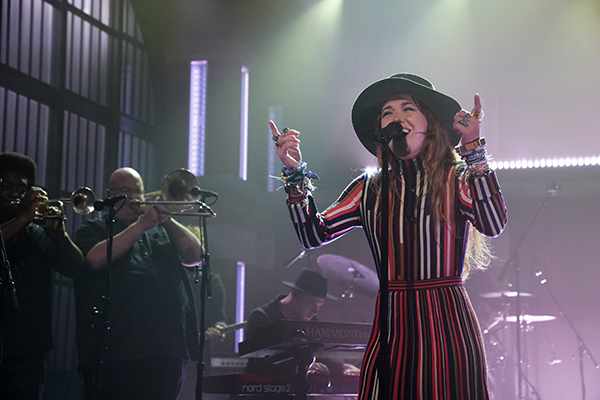 The Christian artist, who successfully crosses over between contemporary Christian music and mainstream, brought the house down with the song below.

Her latest album, Look Up Child, is now one year old, but it is still going hot. The single “You Say” recently broke the record for the most weeks at No. 1 on the Billboard Hot Christian Songs chart.

Backed by a horn section and three additional vocalists, Daigle’s nailed the inspiring number. Daigle’s ability to alternate effortlessly from a whisper to a belt is something to be seen