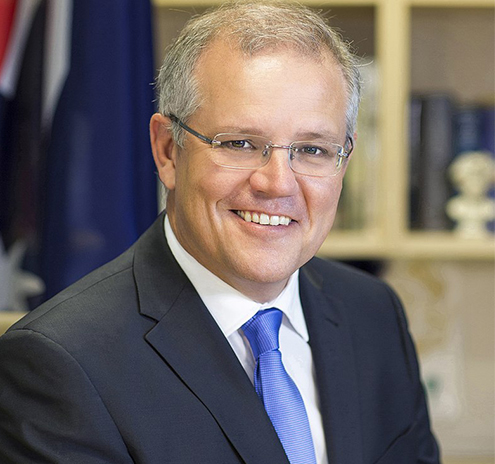 Australian music star Tim Minchin has criticized his country’s prime minister over funding to the arts, telling a TV program that he should spend less time with Hillsong’s leader, Brian Houston.

The musician was interviewed on The Sunday Project, where he as asked about funding of arts by the Australian government. Minchin then commented on Australia’s Prime Minister, Scott Morrison (ScoMo), a well recognized evangelical Christian.

“ScoMo spends a lot of time with Brian Houston and not enough time at the theatre,” he told The Sunday Project. “I just don’t believe he reads widely and expands his mind in the way I wish our PM would.”

The Australian comedian, actor, writer, musician and composer, who was born in England, but raised in Western Australia, believes the government is not doing enough to fund arts.

ScoMo attended the Australian Hillsong Conference this year, being invited on stage by Brian Houston. While he is not a member of Hillsong, he is a member of another Pentecostal church in Sydney and does not try and hide the fact that he is a born again Christian.

“We’re one of the wealthiest countries in the world just because we dig primary resources out of someone else’s turf,” Minchin continued. “We’re not short on a dime and his government is not progressive in tax.” He believes funding to the arts is getting “worse and worse.”

During a 2009 interview for Australian Skeptics’ podcast, The Skeptic Zone, Minchin addressed his views on atheism. “I’ve always been an atheist; I’ve always been an empiricist really,” he told the podcast. “I’ve never believed in ghosts or psychics or anything like that.

“The chances of this happening might be one in infinity. Put it this way: the chance that there being intelligent alien life are, for me, infinitely higher than the chance there being a creator god.”