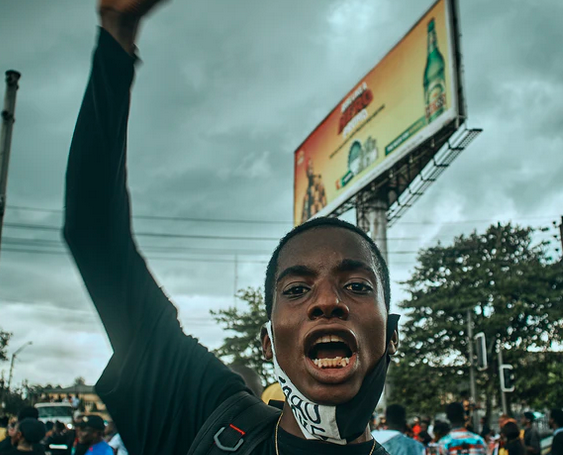 Luka Binniyat, who writes for the Epoch Times, was arrested on 4 November, arraigned at the Barnawa Magistrate’s Court in Kaduna State, and charged under Section 24 (B) of the Cybercrimes Act with transmitting electronically information known “to be false”.

In a similar incident, two female journalists from the Indian state of Assam, both in their early 20s, were arrested by police in neighboring Tripura state for their reporting on anti-Muslim riots in Tripura for HW News Network.

A Barnabas Fund contact argued that Binniyat’s arrest “is aimed at silencing any dissenting voice and intimidating both Luka and the southern Kaduna communities”.

The charge relates to Binniyat’s story on 29 October, “In Nigeria, Police Decry Massacres as ‘Wicked’ But Make No Arrests”. In his article Binniyat quotes Senator Danjuma Laah, who criticised Kaduna’s Commissioner of Internal Security and Home Affairs Samuel Aruwan for concealing facts concerning a “genocide against Christians in the southern Kaduna State”.

Binniyat, explained our contact, has “written a lot about the plight of the people under the persistent attacks by Islamist Fulani militia groups, and has challenged the narratives of the Kaduna State government on the issues of security and the killings in southern Kaduna”.

Despite being arrested and questioned by security agencies on several occasions, Binniyat “has remained resolute in his challenging the information put out by the Kaduna State government”.

As Binniyat has been charged with a federal offence he could not be offered bail and must be tried in a higher court. If convicted, Binniyat could face a three-year prison sentence.

Angela Quintal, Africa programme coordinator for the Committee to Protect Journalists, said, “Nigerian authorities should cease all legal proceedings against journalist Luka Binniyat, release him immediately, and reform the country’s laws to prevent the criminalisation of journalism.”

Attacks on Christian communities in Kaduna State have been numerous. In his report Binniyat was critical of police for failing to make any arrests after gunmen killed 35 people in two separate attacks on churches in the state on 26 September.

From Barnabas Fund contacts and other sources