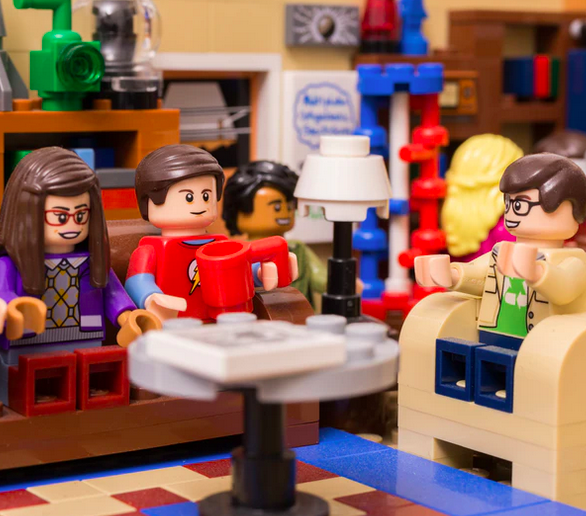 Cartoon characters turn bisexual, toy stores are forced to set up gender neutral areas… and now Lego is the latest company to decide that perhaps boys shouldn’t be labeled as “boys”, and the same goes for girls in its latest move.

With research reportedly showing that stereotypes can have negative effects on young children, Lego is the latest company to make its toys inclusive for boys and girls. Lego has announced it will no longer labels its products as ‘for girls’ or ‘for boys’ on its website. Consumers can instead search by interests.

New research commissioned by the LEGO Group reveals that girls today feel increasingly confident to engage in all types of play and creative activities, but remain held back by society’s ingrained gender stereotypes as they grow older. The study was carried out by the Geena Davis Institute in recognition of the UN’s International Day of the Girl and to mark the launch of a new LEGO campaign, ‘Ready for Girls’, which celebrates girls who rebuild the world through creative problem solving.

The research, which surveyed nearly 7,000 parents and children aged 6-14 years old in China, Czech Republic, Japan, Poland, Russia, UK and USA highlights the need for society to rebuild perceptions, actions and words to support the creative empowerment of all children.

Lego says that girls are ready to overcome gender norms, “but society continues to enforce biases that hamper their creative potential”. In a statement, the company said: “Our insights further indicate that girls are typically encouraged into activities that are more cognitive, artistic and related to performance compared to boys who are more likely to be pushed into physical and STEM-like activities (digital, science, building, tools).

“On International Day of The Girl, the LEGO Group is calling on parents and children to champion inclusive play. To help, they have developed a fun 10-step guide and invite parents to share photos of their child’s LEGO creations against a pre-defined AR backdrop featuring the words ‘Get the World Ready for Me.’”

Other toymakers have also made efforts to remove gender bias from their products. In February, Hasbro, the company that makes Potato Head, made the brand gender-neutral by dropping the “Mr.” from its name.