Once Again, Why So Many Evangelical Christians Strongly Support Trump
Dr. Michael Brown 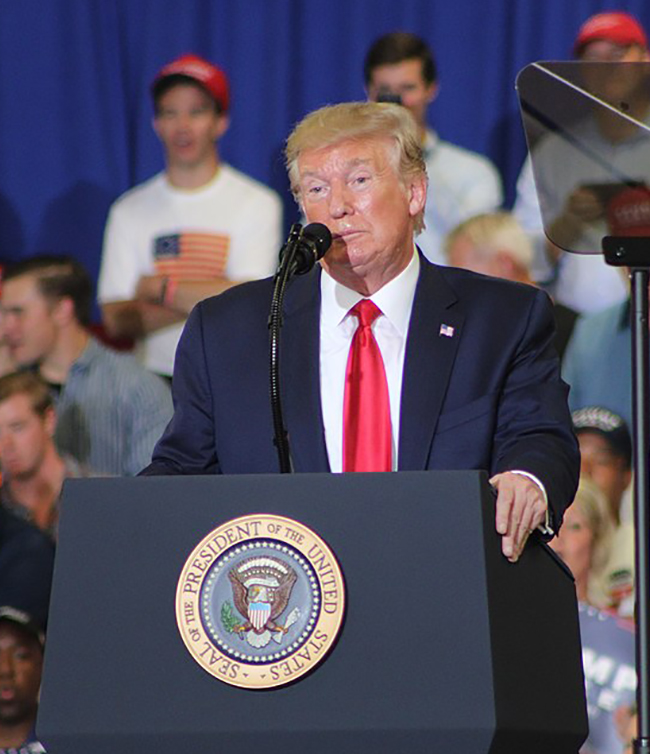 President Donald Trump speaking at a rally in North Carolina.

The massive groundswell of prayer support for President Trump as he battles COVID-19 reminds us of just how strong his conservative Christian base remains. Yet his performance at the first presidential debate was so unchristian that the question remains: why are so many so loyal? This illustration will help to explain.

Related: US election chaos as Donald and Melania Trump test positive for coronavirus

Let’s say that you and your spouse are committed Christian conservatives, raising your four children to honor the Lord and live by biblical principles. Included in those principles are the words of Jesus, who taught that the meek and the peacemakers would be blessed. That’s one reason that you eschew violent entertainment, from violent video games to blood and gore movies to extremely violent sports.

You live in the suburbs, and your next-door neighbor became famous years ago as the toughest bar fighter in the region, cracking open many a skull in the process. He then transitioned to cage fighting where he has made an excellent living. And while he is a good neighbor, he is not a good role model for your kids. He uses all kinds of profanity. He still drinks. And he has multiple girlfriends.

One day, two of your kids come home from school quite shaken. They were cursed out by some older teens who mocked their Christian faith. They were spat on. And they were threatened. They were also told, “Just see what our dad is going to do your parents! He hates Christians even more than we do. There’s a good reason they call him Crazy Sam!”

Later that night, to your shock, Crazy Sam shows up at your door with three of his friends, all of them looking ominous and angry. They begin to scream threats against you, and you can see they have tire irons and knives in their hands.

Before you can respond, your neighbor comes running over, ripping into Crazy Sam and his cronies, getting stabbed and struck in the process, but beating them up even worse until they are subdued and disarmed.

Then, as the police arrive to clean things up, your neighbor leaves the attackers with a threat: “If you ever come near this family – and that includes your kids coming near their kids – I will tear you apart with my own hands.”

How would you now feel about your neighbor’s violence? Would you see it a different light? Would you recognize that God just used this profane character, who makes his living beating people up, to save your lives? You still might not approve of the way he makes his living, but you would have a deep sense of gratitude and even loyalty towards him. Your whole perspective would change.

That’s how many Americans feel in general. Trump is fighting for them. (Of course, the left paints this quite differently, claiming that it is a matter of racist, white Americans wanting to keep their country white. In reality, such people represent a very small minority of the whole.)

So what if he lies too. So what if he’s nasty in the process. So what if he creates deeper divisions along the way. There will always be collateral damage. But the good far outweighs the bad.

When it comes to Christian conservatives, the feelings run just as deep. There are hostile forces that want to wipe us out.

They also stand for the most egregious sin in our nation, namely, the slaughter of the unborn.

Yes, he is the last person we would have chosen for the job, just like the cage fighting neighbor was the last person we would have looked to for help. But these are existential issues Trump is fighting for, from the life of the unborn to our religious liberties, and from standing up to Communist China to facing down Islamic terrorism. We appreciate him fighting on our behalf. (For my 5-minute interview with former governor Mike Huckabee on this subject, go here.)

To underscore this train of thought, what if, after Trump, Mike Pence became our president? He is known as a committed Christian. He shares our convictions on many key issues. And he is anything but Trump in terms of his own personality and demeanor.

What would be the concern that many Christian conservatives would have? “He’s not tough enough! He’s too nice! He doesn’t have enough backbone!”

I trust you get the point.

To be sure, I would gladly vote for a Mike Pence should he be the Republican candidate in the future, given the current state of the Democratic party. But my sense is that many, if not most conservative Christian voters would vote for Trump today rather than Pence, simply because we need a street fighter right now, and Trump is that proven man.

Where we cross a dangerous line is when we become apologists for Trump. When we defend his indefensible and even destructive behavior. When we look to him rather than to the Lord. When we are better known as Trump supporters than as Jesus followers. That’s a major reason I wrote Evangelicals at the Crossroads: Will We Pass the Trump Test?

And by “the Trump test” I meant two things. First, can we vote for him without destroying our Christian witness? Second, can we unite around Jesus even if we don’t agree about Trump?

I believe we can and must pass both aspects of the Trump test for the good of our country and for the good of our reputation. But part of passing that test ties in with our ability to explain why, despite Trump’s offensive personality, we so strongly support him. He fights for us, getting battered in the process. We now feel a loyalty to him.