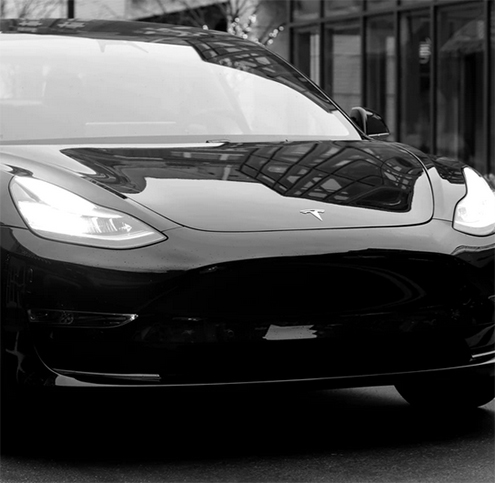 A criminal complaint has been filed charging Rudolph Brooks, Jr., age 45, of Cheltenham, Maryland, on the federal charge of wire fraud.  In addition, law enforcement obtained warrants authorizing the seizure of more than $2.2 million held in various bank accounts, as well as a 2018 Tesla Model 3.

The criminal complaint was filed on March 29, 2021 and was unsealed following Brooks’s arrest on April 2, 2021.

The Christian Post reports that Brooks is the senior pastor of the Kingdom Tabernacle of Restoration Ministries in Washington, D.C.

As detailed in the affidavit filed in support of the criminal complaint, the Coronavirus Aid, Relief, and Economic Security (“CARES”) Act is a federal law enacted in March 2020 to provide emergency financial assistance to the millions of Americans suffering from the economic consequences of COVID-19.  The CARES Act authorized up to $659 billion in forgivable loans to small businesses for employee retention and certain business expenses through the Paycheck Protection Program (“PPP”).  The business must use PPP loan proceeds on payroll costs, mortgage interest, rent, and utilities.  Initially, the program allowed the principal to be forgiven if the business spent the loan proceeds on qualifying expenses within eight weeks of loan issuance and used at least 75 percent of the loan for payroll.  On June 5, 2020, the Paycheck Protection Program Flexibility Act of 2020 went into effect.

This law extended the period from eight weeks to 24 weeks that the loan proceeds had to be spent and reduced the requirement that the loan proceeds be spent on payroll from 75 percent to 60 percent.  An Economic Injury Disaster Loan (“EIDL”) is an SBA-administered loan designed to provide assistance to small businesses that suffer substantial economic injury as a result of a declared disaster.  An EIDL helps businesses meet necessary financial obligations that could have been met had the disaster not occurred.  It provides relief from economic injury that the disaster caused and permits businesses to maintain a reasonable working capital position during the period that the disaster affected.  In March 2020, the SBA issued an EIDL declaration making EIDL loans available to small businesses to help alleviate economic injury caused by COVID-19.

Brooks is the owner of Cars Direct by Gavawn HWD Bob’s Motors (Cars Direct), the stated purpose of which was to purchase and sell cars.   Cars Direct was incorporated with the Maryland State Department of Assessments and Taxation (SDAT) on October 29, 2010.  Cars Direct was forfeited on October 1, 2012 and subsequently revived on May 28, 2020.  Brooks is listed as the resident agent with SDAT.

The affidavit alleges that, on May 9, 2020, Brooks applied for a PPP loan on behalf of Cars Direct in the amount of $1,556,589.  In support of the Cars Direct PPP loan application, Brooks allegedly submitted fraudulent tax forms which allegedly reported $724,469 in payments via Forms 1099-MISC and $7,471,630 in total unemployment payments to employees from Cars Direct.  However, as detailed in the affidavit, IRS records do not reflect any tax filings made by Cars Direct for any tax period, indicating that Cars Direct has not hired employees or paid unemployment taxes.  Additionally, the Maryland Department of Labor has no record of Cars Direct paying wages or of Brooks receiving wages.

On April 7, 2020, Brooks allegedly submitted an EIDL loan application on behalf of Cars Direct that contradicted the information and supporting documentation Brooks submitted for Cars Directs’ PPP loan application.  The EIDL application on behalf of Cars Direct allegedly stated that the company’s gross revenue was $148,000 and cost of goods sold was $82,293 in the one year period prior to COVID-19 being declared a disaster, which is inconsistent with a business that can support average monthly payroll costs of $622,635 or annual payments of $7,471,630 as Brooks reported on the PPP loan application and supporting fraudulent tax documents.

On May 9, 2020, Cars Directs’ PPP loan was approved and $1,556,589 was subsequently deposited into a bank account which has Brooks listed as the sole signer on the account.  Prior to the deposit of the PPP loan funds, payroll payments or payroll taxes were absent from this account. According to the affidavit, Brooks allegedly opened another bank account in the name of Payroll by BJM, into which he transferred $500,000 of PPP loan funds.  Brooks also then registered Payroll by BJM with SDAT, listing himself as resident agent.

Although the name Payroll by BJM creates the appearance that the account is associated with a payroll company, there has been no payroll or payroll-related expenses paid from this account.  Brooks also opened additional accounts in the name of Cars Direct, into which he transferred PPP loan funds.

Beginning May 22, 2020, Brooks used PPP loan funds from the Cars Direct account and his own personal account to purchase of 39 used automobiles (including a 2017 Mercedes Benz S Class, two 2017 Infinity Q50s, a 2015 Cadillac Escalade, a 2005 Bentley Continental, a 2018 Tesla Model 3, a 2014 GMC Yukon XL, and several older model luxury vehicles. Under the terms of the PPP loan program, the purchase of these vehicles is not an appropriate use of loan funds.

According to the affidavit, on July 30, 2020, Brooks initiated a wire transfer from his personal account to Tesla Motors for $60,407, which was used to purchase a 2018 Tesla Model 3. “Rudolph Brooks” was listed as the customer for this vehicle, and a District of Columbia driver’s license was on file for a close relative of Brooks.  Records from the State of Maryland reflect that the Tesla Model 3 was registered in Brooks’s name at Brooks’s Cheltenham residence.

Finally, on August 13, 2020, Brooks initiated two wire transfers from one of the Cars Direct accounts for $144,343 and $2165 to a title company regarding a property in Baltimore, Maryland.  At the time of the wire transfers, $133,669.54 in funds from the Cars Direct PPP loan remained in the Cars Direct account.  Real estate deeds filed with the State of Maryland show that the Baltimore property was purchased by Madaro, LLC (Madaro) for $148,500.  Madaro was registered with the District of Columbia on August 8, 2019 and Brooks was listed as the resident agent of the company.  Brooksexecuted an Auction Contract of Sale on June 18, 2020 to purchase the Baltimore property.

In addition, seizure warrants authorized the seizure of up to $2,296,136.86 from eleven bank accounts and the 2018 Tesla Model 3 described above.  The affidavit in support of the seizure warrants alleges that these funds and vehicle constitute or are derived from the proceeds traceable to false statements made on bank loan applications.

If convicted, Brooks faces a maximum sentence of 20 years in federal prison for wire fraud followed by three years of supervised release.  Actual sentences for federal crimes are typically less than the maximum penalties.  A federal district court judge will determine any sentence after taking into account the U.S. Sentencing Guidelines and other statutory factors.

Acting United States Attorney Jonathan F. Lenzner commended the FDIC OIG, the IRS-CI, the FBI, and the SBA OIG for their work in the investigation.  Mr. Lenzner thanked Assistant U.S. Attorneys Sean R. Delaney and Jessica Collins, who are prosecuting the case.

The church’s website states that Brooks “desires to see believers grow spiritually and desires to see the church function according to the word of the Lord. His intense love for the Lord, relentless spirit and ability to tap into the very heart of God make him a memorable speaker. With his love for God and lively preaching style, which can hold even the skeptics attention, Pastor Brooks speaks and shares the heart of God with compassion and conviction.”