Pastor: ‘I Said Trump Could Lose. Here’s Why I Believe It Happened’
Shane Idleman 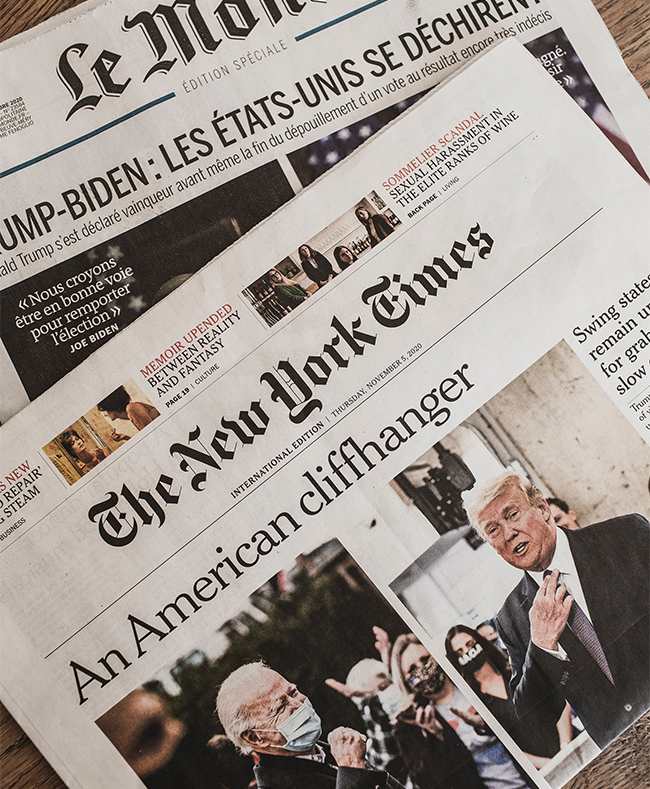 While many sincere believers were confident that Trump would be inaugurated, others were prophetically sounding the alarm. As I said in my article, Donald Trump Could Lose in 2020, “Our gun safes are full, but our prayer closets are empty. The 2020 election is ours to lose.”

I witnessed plenty of Christians jockeying for positions but very few calling for prayer and fasting. I saw an abundance of pride but not much humility. Had Donald Trump been elected, the pride-o-meter in many of our hearts would have been off the charts (mine included). God definitely humbled me!

Notice, I didn’t say, “had he won,” because I believe he did win the vote; but I also believe that God allowed fraud in order to wake us up. Throughout the Old Testament—from the conspiracy against King Joash to Athaliah’s destruction of all the kingly heirs—God often allowed kings to gain power through deceit and deception to humble His people (cf. 2 Kings 11:1 and 12:20).

Upcoming elections will not fix our problems. We will be gravely mistaken, disenchanted, and disillusioned (just like many are now) if we believe that. Granted, I desire godly legislation and God-honoring policies, we must contend for them, but we are too far gone to legislate change. Our national crisis can only be fixed by returning to God. A spiritual awakening is our only hope (more here and here.)

The Loss Forced Us to Look in the Mirror

Many are under the delusion that if they post enough comments on social media belittling the government that somehow change will occur. But God doesn’t say, “That’s a good Tweet or post; I need to do something!” He looks at our willingness to seek Him and forsake sin.

Throughout his life, Abraham recognized his mistakes. David didn’t make excuses for his sin; he owned it and accepted the consequences (2 Samuel 12:13). The prodigal son didn’t blame everyone else for his problems. Instead, he “came to himself” (Luke 15:17) and repented.

Granted, it’s much easier to post negative things about the current administration than it is to pray for them. It’s easier to mock ungodly legislation than it is to weep  and fast for the next generation. That’s where the rubber meets the road. We change our nation by looking in the mirror. We see throughout the Bible there is only one remedy to reverse the judgment of God: repentance that produces a spiritual awakening.

The Loss Separated the Wheat from the Tare

This season is definitely bringing out the best and worst in us. Many who call themselves Christians are embracing heretical theology and ungodly movements. It’s quite clear they don’t want to be convicted by the truth. Jeremiah 5:30–31 is a powerful and heart-wrenching reminder of this very thing: “An astonishing and horrible thing has been committed in the land: The prophets prophesy falsely, and the priests rule by their own power; and My people love to have it so. But what will you do in the end?” These turbulent times are separating the wheat from the tares.

To strengthen the church, pastors must become preachers again. A. W. Tozer hit the nail on the head when he wrote: “If Christianity is to receive a rejuvenation, it must be by other means than any now being used. If the Church in the second half of this century is to recover from the injuries she suffered in the first half, there must appear a new type of preacher.”

Leaders should ask, “Does the world love the way we ‘do church’? Does the world appreciate that our church never challenges anyone or anything? Am I proud that I never make members feel uncomfortable or offended?” If so, you may want to consider Jesus’ words that true disciples will be hated by the world because they speak the truth, not because they avoid it.

We must recapture our prophetic zeal and say like Richard Baxter, “I preach as a dying man to dying men”—as a dying man to a dying nation. The church, and our nation, desperately needs to be awakened, convicted, and restored.

The Stage Must be an Altar Again

Church services often lack spiritual power, prayer is glanced over, worship is designed to entertain, and the Word is neatly sandwiched between a funny anecdote and a softly spoken message, if it’s preached at all. If we truly want America to experience a spiritual awakening, church stages must become altars again. Services can’t be orchestrated down to the minute. We need extended times of prayer and worship where God is truly sought. It is time to put away the clocks and the timers and wait on the Lord—even if that means missing the big game or a special event.

Prayer can no longer be a footnote at the end of a sermon or a trite recital before a meal—prayer must be the priority across the land. We must return to prayer—real, fervent, expectant prayer that shakes heaven.

Is this too intense or extreme? Just look around! Mass shootings are increasing, the suicide rate is escalating, sexual perversion is skyrocketing, and killing innocent children is applauded. The last 30 years of seeker-sensitive, don’t-step-on-toes, “let’s do a survey of what people want to hear” Christianity has increased the rate of decay by removing the sharp sting of God’s truth. The problem is not that this message is too intense; it is that we have become too soft and weak to bear the strong medicine of God’s truth.

Let me close with some encouragement. Even in the midst of judgment, you’ve been called for such a time as this. God knowingly and purposely put you here at this exact moment in history. Get up, dust yourself off, and go to war on your knees. Allow sadness and hopelessness to drive you to the cross. God will meet you there and rebuild the ruins. That’s a promise that will never fail.

Shane Idleman is the founder and lead pastor of Westside Chrisitan Fellowship in Southern California. More can be found at ShaneIdleman.com, and free downloads of his books are available at WCFAV.org. Visit him on Facebook https://www.facebook.com/confusedchurch/ and subscribe to his new podcast. You can also download his free e-book on health and fitness here.