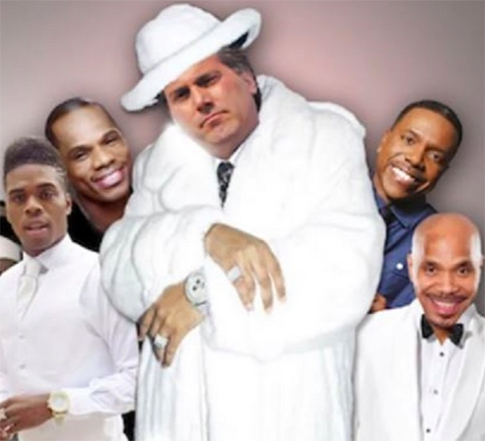 There have been calls for the owner of a black Christian television station to be sacked over racial comments.

A petition on change.org is calling for the sacking of Kevin Adell, the owner and CEO of The Word Network. So far, over 3,500 people have signed the petition.

The Word Network is one of the largest Christian television networks targeting the Black community, but in September 2019 incidents of racism have occurred at the network. The Word Network is not Black owned but is owned by Kevin Adell, who is White.

The controversy comes after Bishop George Bloomer, a pioneer in the Christian faith, testified to issues of flagrant racism committed by the network’s owner.

Adell reportedly texted a photo that was created, depicting Adell who is White, dressed as a pimp and various well-known Black clergy surrounding him as his “hoes”. Although Adell did not create this image, he wasn’t offended by it and even texted it to various staff (many of whom are African-American) including Bishop Bloomer. Bishop Bloomer claims that this created a hostile work environment for him and other staff at the network.

When Bishop Bloomer went to Adell and his assistant in person to complain, instead of apologizing, Adell went further by Photoshopping a picture of Bishop Bloomer in a white tuxedo, and underneath the photo was typed text that said, “The show last night was good, Tattoo (the dwarf from Fantasy Island who ran around calling Mr. Roarke “Boss”).

As a result of the above actions, Bishop Bloomer made the decision to leave The Word Network.

“If the Black community is not respected by The Word Network then we should pull our support from this network,” those who launched the petition has claimed.

“The actions of Kevin Adell prove that we can no longer trust The Word Network to bring the Gospel into our homes. We, as Black clergy, demand Kevin Adell publicly apologize to Bishop Bloomer and the African-American community. We also demand that cable companies drop The Word Network from their packages.