Post-mortem salvation: can people can only get ‘saved’ during this lifetime?
Rob Buckingham 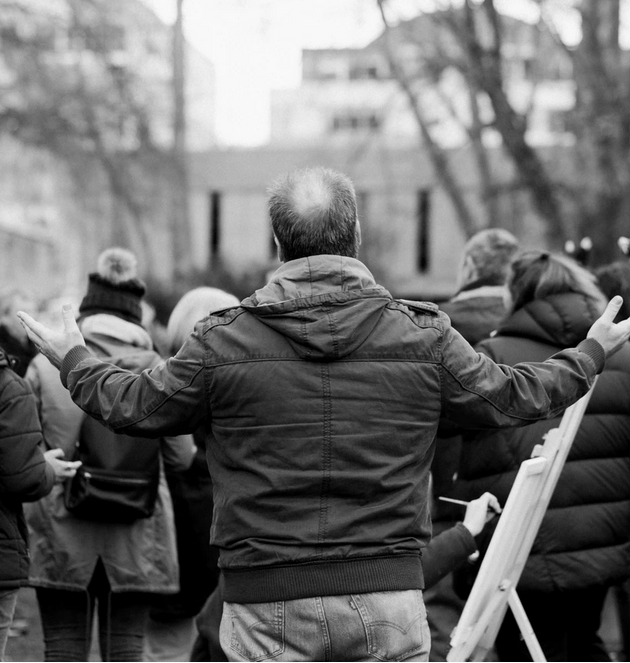 I have always believed and taught that people can only “get saved” during this lifetime. After all, “People are destined to die once, and after that to face judgment” (Hebrews 9:27). But is it that simple? Well, not really.

Over the past few years, several questions have bugged me:

The standard answer is NO. But, for those of us who are not satisfied with simple black and white answers, let’s dig deeper. Please note that I am discussing this because we need to talk about it. I’m not saying that there is categorically a second chance concerning salvation after death.

When I was 19, I was hitchhiking around Australia. I accepted a lift with a truckie in Northern NSW. A couple of hours into the trip, we were involved in a head-on collision with another truck. The two guys in the other truck died. I survived, as did the driver of the truck I was in. I was an atheist. Six weeks later, I accepted Jesus as my saviour. That was the start of my Christian Journey. You can watch the whole story here.

What if I had died in that accident. Many Christians would have suggested I’d have gone to hell. Forever! Was I just “lucky?” What about the guys who died? Unlucky?

As I dug deeper on this topic, I realised that my questions had a name ~ Post-mortem salvation. Believers in this doctrine credit Scripture as teaching that each person’s destiny is NOT fixed at death.

Consider section 847 in the Catechism of the Catholic Church: “Those who, through no fault of their own, do not know the Gospel of Christ or his Church, but who nevertheless seek God with a sincere heart, and, moved by grace, try in their actions to do his will as they know it through the dictates of their conscience – those too may achieve eternal salvation.”

Does God give second chances?

What does the Bible say?

Micah 7:18 says, “Who is a God like you, who pardons sin and forgives the transgression of the remnant of his inheritance? You do not stay angry forever but delight to show mercy.”

Matthew 12:32, “Whoever says a word against the Son of Man will be forgiven; but whoever speaks against the Holy Spirit will not be forgiven, either in this age or in the age to come.”

Can certain sins be forgiven in the age to come? Jesus certainly infers that there are.

Ephesians 2:7, “in order that in the coming ages he might show the incomparable riches of his grace, expressed in his kindness to us in Christ Jesus.”

Philippians 2:10–11, “[In] the name of Jesus every knee should bow, in heaven and on earth and under the earth, and every tongue acknowledge that Jesus Christ is Lord, to the glory of God the Father.”

People in the ancient world believed the earth was a flat disc and the atmosphere was a dome. It certainly looks that way to the naked eye and, without the benefit of science, one could quickly come to that conclusion. The heavens were above, and the grave, the place of the departed, was “under the earth.” Paul teaches that IN the name of Jesus, every knee should bow ~ EVERY knee, on earth, above and below it. That is the reconciliation of ALL things (Col. 1:20).

1 Peter 3:18-20, “For Christ also suffered once for sins, the righteous for the unrighteous, that he might bring us to God, being put to death in the flesh but made alive in the spirit, in which he went and proclaimed to the spirits in prison, because they formerly did not obey.”

“Proclaimed” is almost always used as ‘preaching the good news.’ In the days between his death and resurrection, Jesus declared the gospel to ALL people. His descent into hell (as per the Apostles’ Creed) accounts for the problem of God’s justice by providing an opportunity for everyone to hear the message of redemption from Jesus Himself. In other words, people received a second chance.

In the following chapter, Peter states, “For this is why the gospel was preached even to those who are dead, that though judged in the flesh the way people are, they might live in the spirit the way God does” (1 Peter 4:6). About this verse, Martin Luther wrote, “This is a strange text and certainly a more obscure passage than any other passage in the New Testament. I still do not know for sure what the apostle meant.” The inference is that Jesus, while dead, offered salvation to all who had died before his time.

In 1522, Martin Luther wrote a letter to Hans von Reichenberg about the possibility that people could turn to God after death: “It would be a completely different question to ask whether God could grant faith to a few at the moment of their death or after death and thereby save them through faith. Who would doubt that he could do this? But no one can prove that he does do this.”

Is God’s forgiveness limited? When Peter asked Jesus how much he should forgive someone who offended him, he suggested seven times would be a good number. Jesus disagreed and advocated for seventy times seven, a hyperbolic way of teaching unlimited forgiveness. Does Jesus practice what he teaches? How about “love your enemies?” Does Jesus do that too? Does God’s love fail even though “God is love” and “love never fails” (1 John 4:8; 1 Cor. 13:8).

In Revelation 22, we discover a city whose gates never close, and the wicked are outside the gates. The following verse is a marvellous invitation: “The Spirit and the bride say, “Come!” And let the one who hears say, “Come!” Let the one who is thirsty come; and let the one who wishes take the gift of the water of life.” The redeemed don’t need this invitation. They already “have the right to the tree of life and may go through the gates into the city.” Is not the invitation for the unredeemed, those outside the city gates, as a constant offer of forgiveness and life?

Theologian Bradley Jersak puts it this way, “It’s simply that he’ll always love you, with a love that even outlasts and overcomes death (Song of Solomon 8). The Bible at least hints (Rev. 21-22) that the prodigal Father will wait for you, invite you and keep the doors open for you until you’re ready to come home. He’ll wait for you forever.”