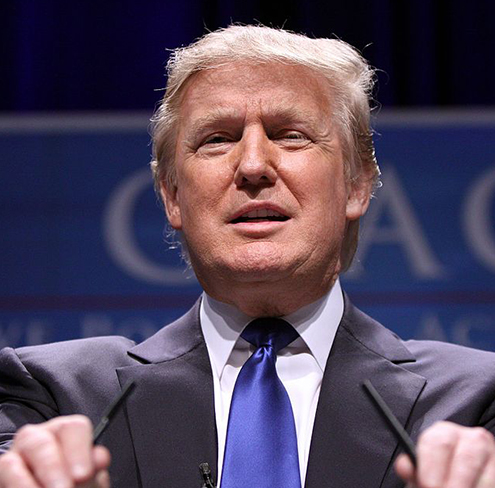 In a first, US President Donald Trump has announced that he will speak at a pro-life event in Washington.

March for Life’s annual conference, to be held Friday January 24, is a big event for both Christians and those supporting pro-life. But it’s never been a big enough event for a president to attend.

Until now. As we enter election year, Donald Trump is sending a clear message to the faith community that he has the backs of the massive number of Americans disturbed by new abortion laws in various states.

Last year, Vice President Mike Pence was in attendance, but this year, the event’s 47th running, Trump will speak.

Just yesterday, a pro-life group marched to Nancy Pelosi’s office, calling for an end to infanticide. Just recently, it was announced that Planned Parenthood performed 345,672 abortions in 2018/19.

“From the appointment of pro-life judges and federal workers, to cutting taxpayer funding for abortions here and abroad, to calling for an end to late-term abortions, President Trump and his administration have been consistent champions for life and their support for the March for Life has been unwavering,” stated the group’s President Jeanne Mancini.

“We are grateful for all these pro-life accomplishments and look forward to gaining more victories for life in the future.”

Wednesday marked the 47th anniversary of the decision in Roe v. Wade. It is reported that more than 61 million lives have been lost to abortion. This figure does not reflect the millions of women having to then live with the trauma and guilt of aborting a child.

The March for Life is an annual rally peacefully protesting both the practice and legality of abortion, held in Washington, D.C. on or around the anniversary of Roe v. Wade, a landmark decision issued in 1973 by the United States Supreme Court decriminalizing abortion. The march, whose stated mission is to “End abortion by uniting, educating, and mobilizing pro-life people in the public square”, advocates for overturning Roe v. Wade. It is organized by the March for Life Education and Defense Fund.