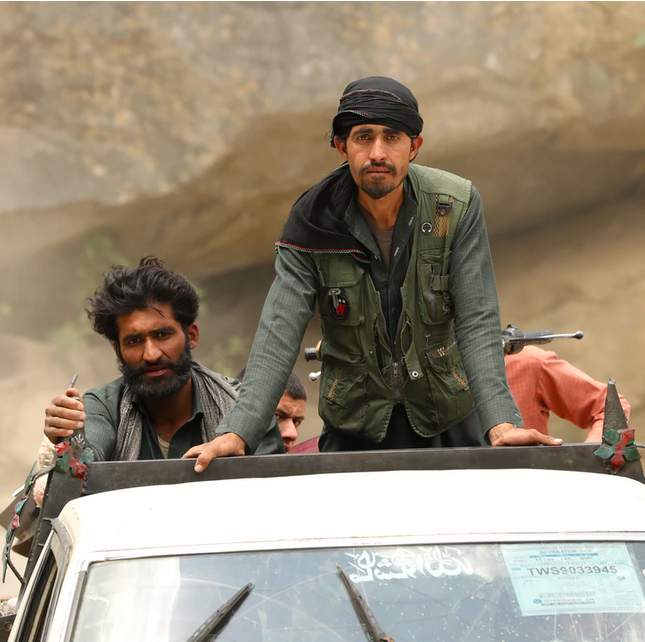 Christians who remain in Afghanistan are at risk of being hunted down and killed by the Taliban now that the Islamist group has regained control of the country and, on 7 September, announced the formation of a new government.

The Christians of Afghanistan are first-generation converts who, along with their children, will be considered apostates (murtadd) from Islam. They are therefore, according to sharia (Islamic law), liable to the death penalty.

The Taliban have reiterated that they will rule Afghanistan by sharia, with Mawlawi Hibatullah Akhundzada, thought to be leader of the Taliban, saying, “in the future, all matters of governance and life in Afghanistan will be regulated by the laws of the Holy Sharia”.

Christians have been told that they must convert back to Islam, leave Afghanistan, or be killed.

While the right to freedom of conscience, including the freedom to choose and change one’s religion, is taken for granted in the West it is alien to classical and conservative Islamic thought in which there is freedom to convert to Islam but not to leave it.

In Freedom to Believe: Challenging Islam’s Apostasy Law, Barnabas Fund International Director Dr Patrick Sookhdeo explains, “Islam stands alone among world religions in officially prescribing a range of severe punishments for any of its adherents who choose to leave their faith – punishments that include the death sentence.”

The four schools of law in Sunni Islam – the Hanafi (the dominant school in Afghanistan), Maliki, Shafii and Hanbali – and the main Shia school – Jafari – all prescribe death for sane adult males who leave from Islam.

Some liberal or modernist Islamic scholars relegate punishment for apostasy to the afterlife, or effectively annul the death penalty in all cases by arguing that apostates must be given the rest of their natural lives to repent or are, by definition, insane and therefore exempt from execution.

Yet, says Dr Sookhdeo, despite these “differences and minority opinions there is broad agreement in Islamic law, both Sunni and Shia, about the basic penalties for apostasy, including the execution of adult male apostates”.

The death penalty in sharia

Sharia law is based on the Quran and the hadith (traditions recording the life and teachings of the Islamic prophet Muhammad), the latter of which provides a firm basis for executing those who leave Islam. The Quran focuses more on the punishment meted out by Allah in the next life – though verses which describe this may also be interpreted so as to justify the death penalty here on earth.

There are a number of hadith which are used as support for the execution of apostates, the most commonly cited being Bukhari, Vol. 9, Book 84, No. 57, which records “the statement of Allah’s Apostle, ‘Whoever changed his [Islamic] religion, then kill him’”.

Another – Bukhari, Vol. 9, Book 83, No. 17 – quotes Muhammad prescribing death for “the one who reverts from Islam and leaves the Muslims”.

The hadith also include examples of women who refuse to repent of apostasy being sentenced to death, and teaches that Muslims will be rewarded for killing apostates. It is also, adds Dr Sookhdeo, a matter of historical record that apostates were killed on the orders of both Muhammad and his successor, the Caliph Abu Bakr.

Most Muslims view apostasy from Islam as treachery against the global Muslim community (umma) and some argue that this in itself justifies the death sentence.

That the death penalty for apostasy is viewed as fully compliant with sharia is demonstrated by the fact that, when they sought to demonstrate the sharia credentials of the Afghan government, the International Security Assistance Force (ISAF) led by the UK in 2010 helped to issue a fatwa which called for the killing of those who leave Islam.

In 2006 Abdul Rahman, an Afghan ethnic Pashtun, was charged with apostasy having converted to Christianity while working in Pakistan in 1990. The prosecutor demanded the death penalty, and Muslim clerics led violent demonstrations calling for Rahman’s execution.

The court ruled that there were “investigative gaps” in the case, and Rahman was released from prison. He successfully sought asylum in a Western country. It is unlikely that any Christian in Rahman’s situation today, now that the Taliban are ruling Afghanistan, would be so fortunate.

For Muslims, explains Dr Sookhdeo, “apostasy is linked to a subliminal fear of Christian mission […] Christian mission is seen as a challenge to Islam that demands a resolute response, including the application of the death penalty for converts to Christianity.” This perspective increases the danger faced by Afghanistan’s Christians.

The Taliban look set to resume their harsh rule over Afghanistan based, says Dr Sookhdeo, on “a hard-line version of Islam” which involves “implementing sharia law including hadd punishments” – punishments which are believed to have been set by Allah and which cannot be revoked. They include amputation, flogging and stoning to death.

The Taliban are mainly ethnic Pashtuns, the largest ethnic group of Afghanistan, who predominate in the south and south-east of the country. Traditionally the Pashtun people, although Muslims, have followed their own tribal code of behaviour known as Pashtunwali, rather than sharia. The Taliban reject Pashtunwali and are guided purely by sharia, interpreted in an ultra-strict way.

There is no doubt that Christians who remain in Afghanistan will face death for their perceived crime of leaving Islam.