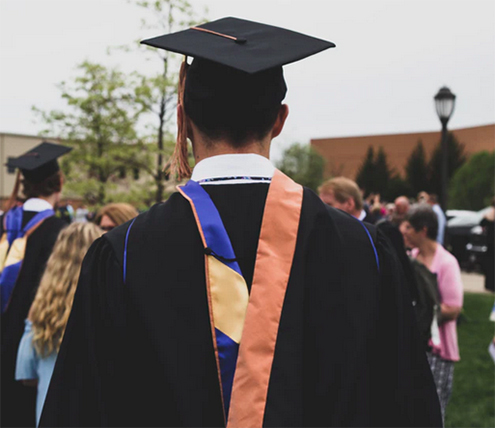 Radio host Todd Starnes has caused a major stir after he used his radio program to accuse Southeastern Seminary of punishing a student for supporting President Donald Trump.

According to Relevant Magazine, it started on Starnes’ radio show, where the student’s mother called in to say her son, who she says is a student at the seminary, was told to remove his “Make America Great Again” cap. She also alleged that he was told to remove a Trump flag from his dorm.

The Starnes radio interview can be listened to here.

Southeastern responded to the allegations, calling them “flatly false” and reporting that the student in question confirmed that he had not been punished.

“This afternoon on Todd Starnes radio show and later publicized on social media by the Capstone Report blog, allegations were made against Southeastern Seminary that actions had been taken against a student for his support of President Donald Trump,” they said in a statement.” Due to the nature of this accusation, we feel compelled to respond. Southeastern Seminary has not and will not coerce, punish, or threaten with punishment any student for their political views or expression of those views. This includes but is not limited to support of President Donald Trump. Just as we have proven to be strong advocates for the first amendment’s freedom of religious liberty, so we also support and defend free political speech on our campus from our staff, students and faculty, insofar as it does not directly oppose our articles of faith: the Baptist Faith and Message 2000 and the Abstract of Principles.

“No student is at risk of losing scholarships, support, or employment due to their political commitments. The student in question is in good standing at our school and has never been at risk of any punitive actions for his political views.  While we have a housing standard against any kind of flags or decoration hanging from windows in student housing, we have no policy (written or unspoken) against political speech in clothing or decorations. The student in question has confirmed that he was asked to abide by this housing policy four years ago and, having done so, he continues to display the flag within the boundaries of our housing policy. Likewise, he has confirmed that he was never asked to remove the hat discussed in the radio show.

“A second accusation was made with regard to our Kingdom Diversity Initiative leadership modifying the curriculum of our institution to censor or ban any contributions by particular persons who in the past supported slavery. This is also false. We have one commitment, one unwavering standard to which all other teaching must conform: the infallible, inerrant Word of God. Additionally, those faculty leading our Kingdom Diversity work are involved in the process of curriculum development in the same way as every other faculty member. They have no special authority over curriculum decisions.

“The curriculum of the Seminary and College is decided by the collective agreement of the whole faculty of our institution and our board of trustees. We do not censor any voices from the past, regardless of their sins and shortcomings, that we believe will benefit our students for their service to King Jesus. Kingdom Diversity exists to seek students from diverse backgrounds and equip them to serve the church in fulfilling the Great Commission. It is grounded in our conviction that the church on earth should reflect the church in heaven as revealed in Revelation 7:9-10. We believe this is the kind of school that honors our Savior and serves well our convention of churches.

“This is not the first time over the past year that our Seminary has faced baseless allegations without any proof. Once again, the allegations are flatly false, and the only result is more misinformation, more confusion, and more division. The Scriptures tell us that we are not to bear false witness against our neighbor.

“We are grieved once again that false reports have been spread quickly online without any verification whatsoever. In 1 Corinthians 14:33, we read that “God is not a God of confusion but of peace.” It is our hope that in days ahead we will work together to prioritize the truth in order that we may have peace and not confusion.”

Starnes stated on Twitter that he made no allegations; that the woman who called in initiated the allegations.