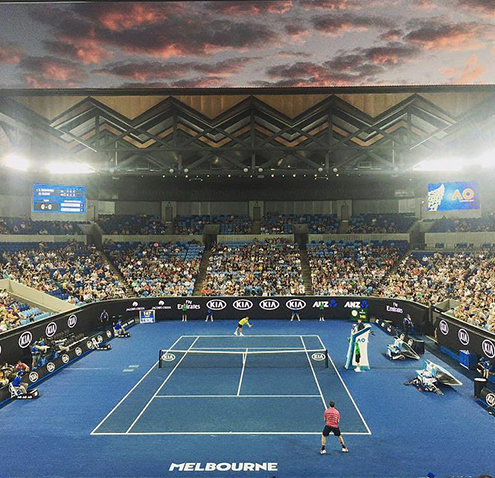 Former tennis great and now pastor Margaret Court will be celebrated at this year’s Australian Open after tensions surrounding anti-LGBT comments she has previously made.

The senior pastor of Victory Life Centre in Perth, Western Australia, Court upset the tennis public by declaring her stance against same sex marriage back in 2017 when the country was voting on whether to legalize it.

While to this very day she is Australia’s most successful tennis player, she no longer enjoys the full support of governing body Tennis Australia. Such is her success that one of the main stadiums the Australian Open is played on is named the Margaret Court Arena, pictured above. Many of protested that the arena ‘s name should be changed.

In 1970 Margaret Court won the Australian Open, the first Grand Slam tournament of the year, thus starting what would become an historic year in tennis.

As the year went on, Margaret collected more trophies, including the women’s singles at Roland Garros, at Wimbledon, and finally, the US Open, to complete the Grand Slam – a feat matched by only two other women, Maureen Connolly in 1953, and more recently by Steffi Graf in 1988.

Margaret Court’s children are upset about her treatment by the organizers, who are still honoring her achievements, but in a watered down way. In an open letter, they commented, “How blessed we are to have the greatest Mum, Margaret Court.

“Mum is known world-wide for her tennis achievements for 64 grand slams, greater than any man or woman. She heads a Church of thousands and helps many with food handouts daily.”

“It is hard for her family to understand how her current lifestyle would possibly affect her Tennis Career in any way. It is disappointing to see Tennis Australia in the Open Letter amalgamating her sporting career which she won for her Nation. We hope in this great Nation of ours that generations to come will continue to have freedom of speech to stand for what they believe in.”

Tennis Australia released an open letter on the celebrations, where they addressed the controversy.

“We believe any public figure has a big responsibility to ensure their views are expressed in a way that demonstrates respect and tolerance, and does not cause harm to, or degrade others,” it said.

“As a sport, tennis is unwavering in playing our part to ensure an inclusive society. We cannot condone views that fracture our incredible tennis community, nor indeed, the wider community.

“Tennis Australia respects Margaret’s unmatched tennis career and welcomes her to the Australian Open, particularly in this milestone anniversary year.

“As often stated, Tennis Australia does not agree with Margaret’s personal views, which have demeaned and hurt many in our community over a number of years. They do not align with our values of equality, diversity and inclusion.

“Our sport welcomes everyone, no matter what gender, ability, race, religion or sexuality, and we will continue to actively promote inclusion initiatives widely at all levels of the sport.”