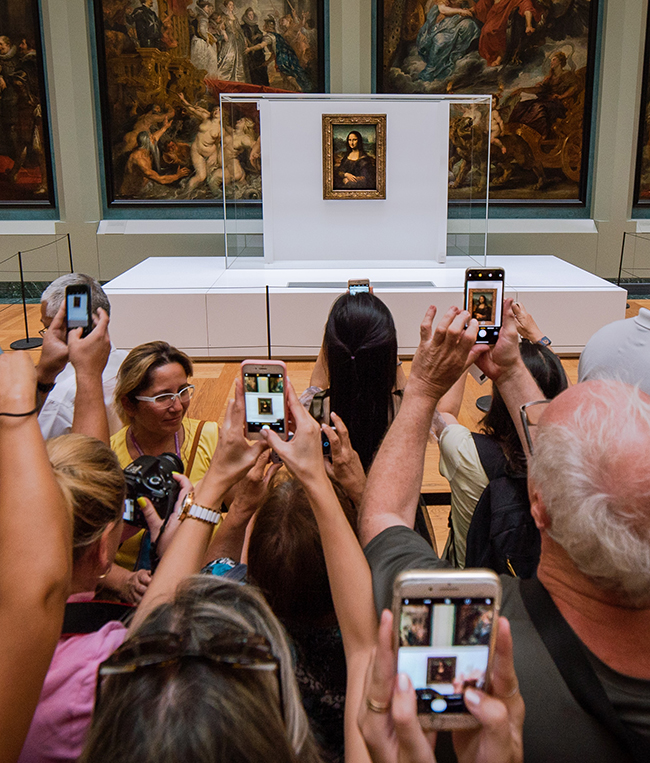 Right now, Leonardo da Vinci is hot. My wife and I just returned from Washington, DC where the National Gallery is showing his only painting publicly on display in the United States – a portrait of Ginevra de’ Benci. A new biography is available by Walter Isaacson who wrote the highly regarded biography of Steve Jobs, and a movie is coming out with another Leonardo in the lead role. But the biography I would encourage you to read is listed at the end of this article, and here are eleven things it taught me about Leonardo that every creative leader should know:

1. He obsessively wrote and drew in notebooks. Gutenberg printed his first Bible just two years after Leonardo was born. Cheap paper was becoming more available, and he poured his ideas into notebooks that he carried with him his entire life. More that half are lost (about 6,000 pages) but what we have left is remarkable. My print journal called the “Unique Creative Planner” is a good place to start for you.

2. He was brilliant at pitching his ideas to potential clients and sponsors. He could write backwards, and coupled with his remarkable ability to draw, was amazing at pitching his ideas. Although he tended to be personally withdrawn, he’s considered the greatest draftsman of all time, and in a world without photography – where even paintings were few – his ability to quickly and accurately draw out a scene, a building, or a machine was mind blowing.

3. He was a passionate musician. Few biographers write about this side of Leonardo, but his love of music is clear. He even created his own instrument – a cross between a horse’s skull and an early violin, made mostly of silver. It doesn’t exist today, but it made an impact. I’m convinced that his appreciation of music played a significant role in his creativity.

4. One of his first major creative jobs was solving a plumbing problem for a princess. She needed more hot water for her bath, and Leonardo applied his engineering skill and solved the problem. He wasn’t hung up by a big ego, and was happy to take what creative jobs he could get.

5. Leonardo didn’t make big plans – he liked to improvise. In this way he was more of a pioneer or explorer. Many historians portray him as a powerful creative visionary, always moving forward with purpose. But the reality is that he reacted to the circumstances of his time – which were constantly changing.

6. He never stopped tweaking – which might have been a problem. Just as soon as he started a new idea or design, he would change his mind or set it aside because he’d already thought of something better or more interesting. His mind was constantly flooded with new ideas, and as a result, had a great deal of trouble finishing anything.

7. He was plagued with lawsuits. His inability to finish projects (see #6) made his clients less than thrilled. They sued him, hoping to get him moving and finish, but it rarely worked. Those lawsuits continued throughout his life.

8). He often worked for jerks. Ludovico Sforza and Cesare Borgia were both rich egomaniacs who loved violence. It was a juggling act, but somehow he kept on their good side. In fact many of his most interesting machines of war were designed for Borgia.

9. Most people thought he was pretty strange. His clients were a small handful of highly placed leaders who gave him work, but for most people he was simply odd. While today we see a man of great genius, most people during his lifetime weren’t impressed at all.

10. His curiosity was insatiable. Leonardo observed everything and made detailed notes and drawings in his many notebooks. He was not only a brilliant painter and designer, but he did anatomical studies, researched sea shells, built mechanical creatures, designed theatrical events, theorized about flying machines, and was fascinated by water and turbulence.

11. He may have had Asperger’s. Here was a lone genius who probably would have never blossomed in today’s regimented schooling environment. Social workers would have probably been called in because he could never quite fit in. But by the grace of God he had an uncle who encouraged him, let him roam, and told him to do things his way – no matter how different it looked to everyone else. Giving him that freedom made all the difference, and if nothing else, it shows the power and influence of a relative who cared.

So just think for a minute: Didn’t always fit in, wanted to do things his own way, always tinkering, making constant notes, incredible curiosity, and worked for a few jerks.

There’s much to learn about Leonardo da Vinci and right now, I would encourage you to read “Becoming Leonardo” by Mike Lankford. Well written, insightful, and certainly not a “normal” biography it will get you inside the head of this brilliant and often misunderstood genius.

And from a creative perspective, you never know what you might take away…..

Phil Cooke, Ph.D. is a producer and media consultant to churches and ministries across the country. His latest book is “The Way Back: How Christians Blew Their Credibility and How We Get It Back.” Find out more at www.philcooke.com.