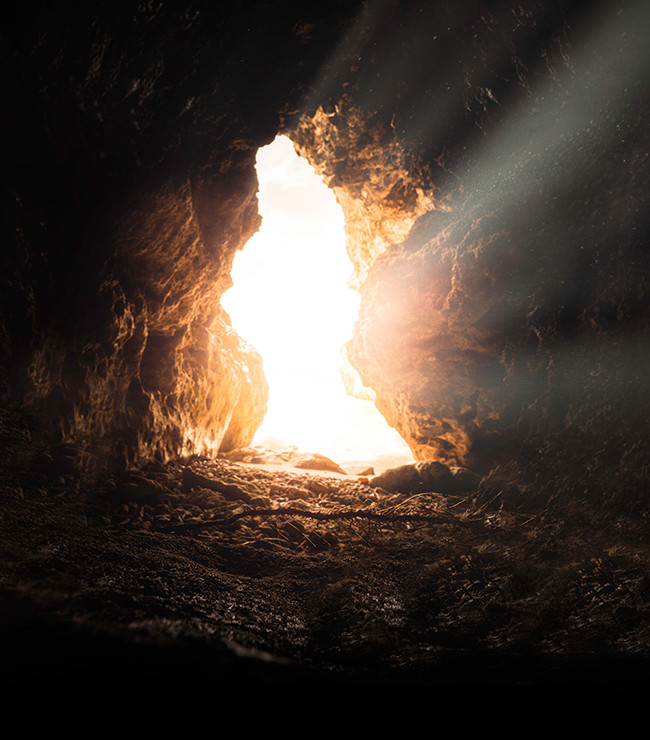 J. Warner Wallace is arguably America’s most successful cold-case detective, having solved many decades-old murders throughout his career. He became the nation’s foremost expert on cold-case murder investigations and was regularly featured in true crime shows. As an atheist, he eventually decided to use his detective skills to prove that the resurrection of Jesus did not happen. He was convinced that the historical evidence would lead him to the truth. It did! He became a Christian and eventually published the book, “Cold-Case Christianity”, which documents the overwhelming evidence that convinced him that Jesus really did rise from the dead.

Atheists and sceptics have long since given up any serious claims that Jesus never existed, due to the substantial corroboration of various aspects of his life and death by extra-biblical first and second century sources. These included Romans, Greeks and Jews who were not Christians but who wrote dispassionately about Jesus. Being unable to assert Jesus’ non-existence, atheists have therefore concentrated their efforts on seeking to disprove his resurrection. This has given rise to a variety of theories regarding the disappearance of his body; the two most popular being the swoon theory and the theft theory.

The swoon theory is the idea that Jesus didn’t really die on the cross but merely swooned and then later revived in the cool of the tomb. Despite being in a weakened state from blood loss and hours of suffering, Jesus then supposedly rolled back a two-tonne stone and convinced everyone that he was in the prime of health, having risen from the dead!

Detective J. Warner Wallace was recently interviewed by CNN and explained that he had been a supporter of this theory prior to his investigation but was soon convinced if its impossibility. “As a homicide detective, I’ve seen a lot of dead people, and I know what dead people look like,” he said. He went on the explain that the precise descriptions of Jesus’ dead body by the eye-witnesses at the time left no doubt as to Jesus’ death.

In particular, the description in John’s Gospel of water and blood flowing out of Jesus’ chest cavity after it was pierced is conclusive evidence of death by cardiac failure, resulting in massive build-up of fluid in the chest. Referring to John, the writer of the Gospel in question, Wallace stated to CNN, “He was either so clever that he included some little-known biological fact that nobody would discover for 1800 years or he just reported what he saw. And as a result, we have a good piece of hidden science that confirms that Jesus actually died of cardiac arrest and was dead at the point of the body being taken off the cross.”

Wallace also discussed the overwhelming evidence disproving the theory that the disciples somehow stole the body and then spent the rest of their lives suffering for a lie (and eventually dying for that lie!).

Of course, J. Warner Wallace is merely the most recent in a long line of sceptics and atheists who have set out to disprove the resurrection of Jesus, only to become convinced of its historical reality and convert to the Christian faith themselves.

Sir William Mitchell Ramsay (1851 – 1939) was one such reluctant convert. He was an archaeologist and historian who spent 18 years trying to disprove the biblical account of Jesus, studying the historical evidence in archaeological sites all around the world. His research was funded by the British Infidel Society who hoped he would be able to disprove the ‘Christian myth’ once and for all. But Ramsay could not disprove it. In fact, after examining all the evidence, he was converted to Christianity himself – much to the horror of the Infidel Society!

Others have sought to disprove the events of Easter and similarly failed; among them Malcolm Muggeridge, Albert Henry Moss, Lee Strobel, Andy McDowell and the great Oxford scholar, C. S. Lewis himself (the author of the Narnia books). Each of them not only failed to disprove the resurrection but were converted to Christianity through the overwhelming weight of historical evidence. C. S. Lewis recounts his own reluctant conversion: “In the Trinity Term of 1929 I gave in, and admitted that God was God, and knelt and prayed; perhaps, that night, the most dejected and reluctant convert in all England.”

It is the reluctance of these learned scholars to be converted that makes their eventual conversions all the more significant.

This Easter, I am unashamed to be a follower of the resurrected Christ. Unlike the many sceptics with whom I have conversed over the years, what I believe is not based upon wishful thinking or some narrow-minded worldview. I have actually bothered to check out the evidence for myself, and I am utterly convinced that Jesus rose from the dead.

Of course, the resurrection of Jesus is completely inconvenient. It shatters my illusion that I am a free agent to live as I please, with no ultimate accountability. It confronts me with the earth-shaking reality that there is a God who created me, before whom I will one day stand. The resurrection of Jesus de-thrones me. It turns my world upside down. It drives me to my knees in repentance for my sins. It opens my arms wide in thankfulness for my undeserved forgiveness. It opens my eyes to a life that can now be lived with meaning and purpose.

What about you? Have you bothered to check out the evidence for yourself?