These are the Times that Try Men’s Souls: America at the Crossroads
Shane Idleman 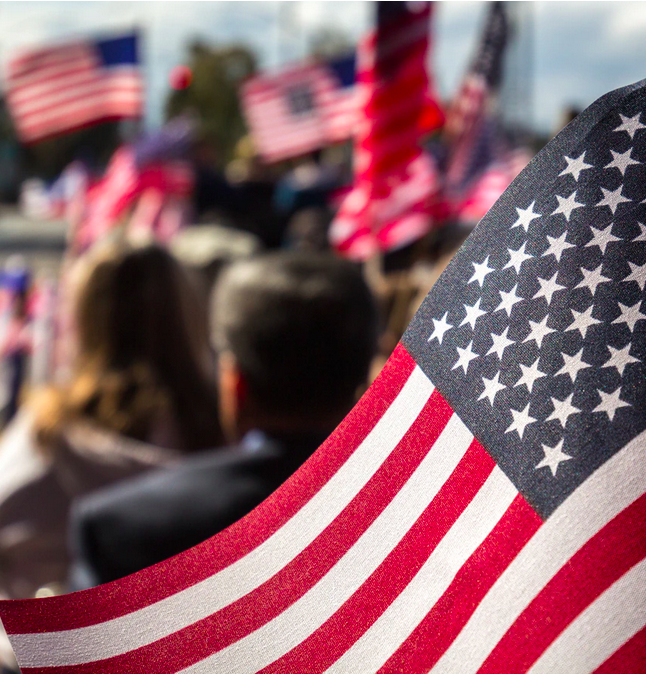 In 1776, a pamphlet titled, The American Crisis opened with the memorable phrase: “These are the times that try men’s souls.” In that same year, America officially declared independence, and our great country was born.

Although controversy surrounds the biblical justification for the American Revolution, the Founders did not initiate the conflict, and thus, believed that they had biblical justification for their actions. The Founders viewed the Revolution as a defensive conflict rather than an offensive war. America, not unlike today, was at a crossroads, but today’s battle is over words rather than weapons.

God’s Word is Always our Only Hope

Although the history of America is marked with disappointments, tragedies, mistakes, and failures, we can still unapologetically proclaim the truth behind its success—obedience to God’s Word, guided by humility.

Today, God’s Word has been removed from the courtroom to the schoolhouse, and from Washington to the White House. As a result, men think that they can become women and children think they can choose their sex. What we think is insanity is actually depravity. We have suppressed the truth—pushed it down and away—and we are reaping the whirlwind.

The Bible says that when we dishonor our body and exchange the truth of God for a lie, we worship and serve the creature rather than the Creator. As a result, God literally gives us over to depravity (See Romans 1:18-27). Because of this, many feel like we are living in the Twilight Zone—from Critical Race Theory and abortion on demand, to unthinkable perversion in the entertainment industry and silence about sex-trafficking, the spectrum of depravity seems to have to no end. As the news website UFA reported: “In a recent video, a teacher at a California high school recently bragged on TikTok about having her kids say the pledge of allegiance. But it wasn’t to an American flag, it was to a pride flag instead.”

No matter how dark it gets, we must cling to the light of the cross and the path of God’s absolute truth. God’s Word is always our only hope, especially in these “times that try men’s souls.”

Most conflicts begin with words, and many can be resolved with the right words seasoned with grace, humility, and boldness. But how do we accomplish the difficult task of speaking the truth in love? How can we be bold but not arrogant … tolerable but not tolerate sin? Here are three ways that help find the balance:

1. Deep humility is not an option; it’s essential. I see a lot of angry posts, tweets, and memes, but not a lot of weeping over the condition of the church and our nation. Many Christians are busier than ever, but have little time for God. Full stomachs, but empty hearts.

2. Boldness must come from the right heart. Leonard Ravenhill often said that we must “weep before we whip.” Before Jesus cleansed the temple, He wept over the depraved condition of Jerusalem. Sadly, most Christians are either whipping or whining; very few are spending time weeping before God, seeking a broken and contrite heart. No wonder many of our prayers are never answered

3. Our hope is not in politics but in the power of the Spirit. Many Christians are trusting in the wrong things. As I often say in my sermons, “Our gun safes are full but our prayer closets are empty.”

I’m also not against politics; God’s Word has a great deal to say about leading people correctly (I wrote a book about it), but politics is not the answer—seeking God with all our heart, strength, body, and soul is (cf. Deuteronomy 4:29). The inflow produces the outflow. In other words, what we put into our spiritual life is what we’ll get out of it. We must become passionate about prayer, intentional about worship, and intense about seeking God. The future of the nation and the church may depend upon it.

Begin to seek Him today like never before via prayer (communication and confession) and fasting (starving the flesh to be filled with the Spirit).

It’s not by chance that God uses powerful words from the pulpits to spark change. The pulpit has always led the way, from promoting God-given freedoms when the nation was born to the abolition of slavery a century later, and from turning the tide of liberalism to directing the nation back to God. We find ourselves at a similar crossroads today—will pastors wake up, repent, and turn back to God, or will they continue to be woke but asleep to the things of God?

As I wrote in my article, A Battle Cry for a Dead Church: “The pulpit greatly affects the pew and regulates the spiritual climate of our nation. It’s where the battle cry must begin … If we are to be awakened from our spiritual slumber, America needs to hear the voice crying in the wilderness.”

As the cultural war rages between our shores, the need to be awakened from our spiritual sleep has never been greater. I agree with Christy M. Johnston who said: “May it never be said of me that I was silent in the face of fear, and in doing so, passed the battle onto my children.”

Shane Idleman is the founder and lead pastor of Westside Chrisitan Fellowship in Southern California. More can be found at ShaneIdleman.com, and free downloads of his books are available at WCFAV.org. Visit him on Facebook https://www.facebook.com/confusedchurch/ and subscribe to his new podcast. You can also download his free e-book on health and fitness here.