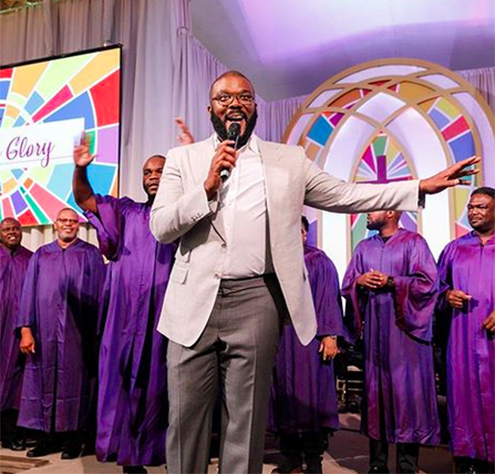 Rumored to be larger than the Warner Brothers, Disney and Paramount studios in Los Angeles, Christian actor Tyler Perry has celebrated the opening of his new studios in Atlanta.

The actor, writer, producer, and director was listed in 2011 by Forbes as the highest paid man in entertainment, earning $130 million between May 2010 and May 2011. He is also the first black American to open his own studios.

In 2015, Perry acquired the 330-acre former military base Fort McPherson located in Atlanta, which he converted to studios. The studios were used to film the HBO Films/OWN film version of The Immortal Life of Henrietta Lacks, and is currently in ongoing use for the television series The Walking Dead.

Some of the entertainment industry’s biggest stars were in attendance for the opening, including Kelly Rowland, Oprah Winfrey, Halley Berry, Beyonce, Jay-Z, as well as Bill and Hilary Clinton.

Perry has set up the studios in one of Atlanta’s poorest areas, giving hope to under-privileged children that anything is possible.

Perry also recently unveiled his star on the infamous Hollywood Walk of Fame in LA.

50,000 square feet of the site are dedicated to standing permanent sets, including a replica of a luxury hotel lobby, a White House replica, a 16,000-square-foot mansion, a mock cheap hotel, a trailer park set, and a real 1950s-style diner that was relocated from a town 100 miles away; it also hosts 12 sound stages named after highly accomplished African-Americans in the entertainment industry.

The blockbuster Marvel film, Black Panther, was the first to be filmed on one of the new stages at Tyler Perry Studios as announced personally by Tyler Perry on his Instagram account in February, 2018.

Perry wrote and produced many stage plays during the 1990s and early 2000s. Perry has developed several television series, most notably Tyler Perry’s House of Payne, which ran for eight seasons on TBS from June 21, 2006, to August 10, 2012.

He closed the studio’s opening with a worship service, stating, “Glory to Glory – Couldn’t close the weekend without Jesus meeting us on the lawn at the studio!! Having a full heart and a thankful soul to all that have prayed me all the way here.”

Tyler Perry Studios is one of the largest film studios in the nation and established Tyler Perry as the first African-American to outright own a major film studio.