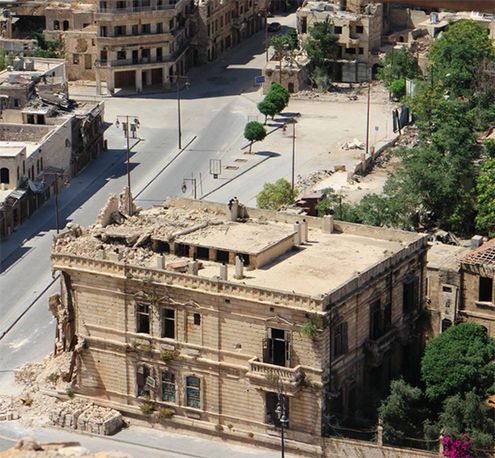 Barnabas Aid says Christians are fleeing the new war zone to places of safety. They are in desperate need of humanitarian aid, leaving homes and possessions behind.

Franklin Graham took to Facebook to comment on the situation in Syria, stating, “Join me in praying today as the Turkish army has invaded Syria in the area that the U.S. military withdrew from. They say they want to create a safe zone.

“The Turks have a dismal record on human rights; and frankly, I’m concerned that they can’t be trusted. We need to pray for the Kurds and for Christians and other minorities who live in this region.”

Launched on Wednesday October 9, the Turkish operation is targeting a part of Syria that was relatively secure and stable during eight years of civil war. Overnight it has become a battlefield.

This region has substantial Christian communities, who are often seen as a peacekeeping buffer between the Arabs and Kurds. Already one Christian home in a Christian neighborhood in the city of Qamishli has been shelled. Two Christians have been killed by shelling in Qamishli and others wounded.

Many people are fleeing from the north-east. Some of them were displaced several times during the recent civil war and finally found stability in this region. Now they must run for their lives again. More than 60,000 people fled on the first day, and sources estimate that the number of IDPs (internally displaced person) could reach 300,000.

Christians are alarmed to note that the attacking forces include not only the Turkish army but also Syrian Islamist rebel factions whose extremist ideology makes them strongly anti-Christian.

Barnabas Aid stood by the Christians of Syria throughout the civil war, giving humanitarian aid of many kinds but especially food and shelter. As well as basic practical needs, we have also helped to support our brothers and sisters spiritually, funding projects to strengthen church ministry and build them up in their faith through the years of unrelenting conflict, loss and trauma. As Christians they suffered persecution for their faith in addition to all the normal suffering of the war.

The ministry said: “We are ready to help again. Please give.”