When a Christian Psychologist Makes Trump into a Monster
Dr. Michael Brown 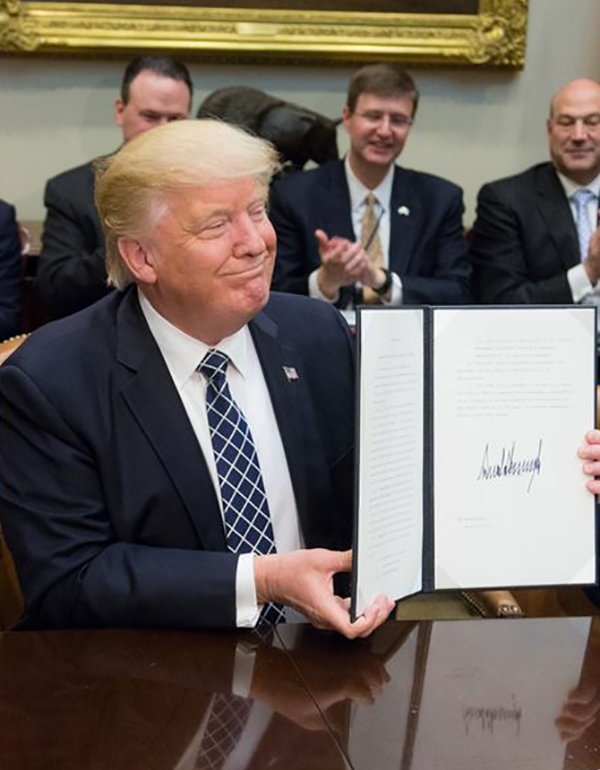 Dr. Chris Thurman is a Christian psychologist who claims that President Trump has no strengths and that any evangelical who supports Trump is a fool. Personally, I was not familiar with Dr. Thurman or his work before last week, but his article, “You Foolish Evangelicals, Trump Has Bewitched You,” got my attention, prompting me to write a response. Now, he has challenged my response with a follow-up article, issuing a direct challenge to me. I’m quite happy to respond.

In my rebuttal to his first article, I claimed that Thurman was as guilty as the hyper-zealous Trump supporters. He completely demonized the President while his over-zealous supporters make him into a saint. Now, in his second article, he has laid out a challenge: “I would like to challenge Brown and the others who criticized the op-ed I wrote to come up with one positive character trait Trump possesses. Just one.”

Before taking up his challenge, let me first review Thurman’s evaluation of Trump as well as respond to some of his other direct questions.

According to Thurman, Trump has no “characterological” strengths, meaning, there is not one single good thing about his character. Not one.

Not only so, but Thurman speaks of “the fact that he is a deeply mentally and morally disturbed person.” Yes, this is a “fact”!

Thurman also speaks of Trump’s “malignant narcissism” (referring to him in these terms 4 times in the article). And he quotes Peter Wehner, who said that Trump is “a terribly damaged person, a broken man, a person with a disordered mind.”

In short, according to Thurman, “Trump is evil and [is] doing the best he can to tear our country down for selfish and malevolent reasons.” Therefore, “we should have nothing to do with him, remove him from office as quickly as possible, press the reset button, and get someone elected to the presidency who truly shares our core values as Christians.”

Oddly, Thurman wrote, “What is Brown’s beef with what I wrote?  The best I could come up with is when he says, ‘Thurman seems blind to his (Trump’s) strengths and his potential to help America greatly.’ I assume this is Brown’s main problem with what I wrote — that I’m blind to what’s good about Trump.”

His response was stark and simple: there is nothing good about Trump. Nothing at all.

Once again, I responded: 1) because Dr. Thurman so overstates his case, using every negative term in the book to describe Trump (include sociopath); and 2) because he urges evangelicals to distance themselves from Trump and not vote for him in 2020.

Clearly, I am not one who overlooks Trump’s glaring weaknesses. I never have and I do not plan to.

And, had Thurman simply suggested that we should look for another Republican candidate to run in 2020, I would not have responded. My good friend and colleague Darrell Bock, a respected New Testament scholar, was on my radio show, advocating for evangelicals to call for another Republican candidate to replace Trump. And I had no problem giving him air time.

But the fact that Thurman painted with such a broad, exaggerated brush called for a response, especially his branding any evangelical who planned to vote for Trump in 2020 a “fool.” Why then should he be upset that he has become the focus on my response (along with the responses of others he mentions)?

Dr. Thurman, will all respect, if you attack fellow-believers as “fools” who have been “bewitched,” you can expect some pushback from those believers. This is hardly shifting the issues or attacking the messenger rather than the message, as you wrongly allege. The sword cuts both ways, my brother.

And while you directed your critique to evangelicals who defended Trump at all costs, ignoring his errors and faults, you extended your critique to those who would vote for him in 2020. Again, that prompted my response, since I fall into the latter category.

But now for your challenge to name one single good character quality of President Trump.

First, he has kept his word to evangelical leaders, showing consistency and faithfulness. Surely these are good character qualities.

This is called integrity: sticking with your promises and commitments.

Second, despite his playboy past and his narcissistic ways, he seems devoted to his wife and children. Friends of mine who have gotten to know him personally, also spending many hours with his adult kids, tell me how deeply they respect and love him.

Third, he is determined to do everything in his power as president to “rescue the perishing,” to borrow a phrase from Proverbs 24, applied here to the unborn. And once again, people who have walked with him closely assure me that he really believes abortion is wrong. Is not that a positive character quality as well?

Fourth, his heart for prison reform and rehabilitating our inner-cities also seems genuine. Bear in mind that when Jared Kushner’s father was in prison, Jared saw the tremendous inequities of the prison system, and his concerns have now become his father-in-law’s concerns. Minority leaders have also attested to his genuine concern about impoverished Americans.

This too is a positive character quality in God’s sight.

Of course, I can hear the retort already, namely, “None of this is genuine! The man is a sociopathic narcissist whose goal is to destroy America.” To quote Dr. Thurman directly, he is “doing the best he can to tear our country down for selfish and malevolent reasons.”

My response is simple: Dr. Thurman, you know the man from a distance and you have judged him severely, going over and above the righteous judgment God calls for.

And so, again, with all respect, I say this: Let’s all do our best to remove the plank from our own eyes before we try to remove the speck from the eyes of others.

The words of Jesus are sobering in this regard: “For in the same way you judge others, you will be judged, and with the measure you use, it will be measured to you” (Matt 7:2).

Finally, let us not forget that for many of us, a vote for Trump, with all his flaws and shortcomings, is a vote against an extremely dangerous, radical leftist agenda.

That’s a big reason I plan to vote for him again in 2020, as things now stand. Throwing around the “fool” word in this context is not wise. As fellow-evangelicals, we can do better.